An Afternoon at the Grassmarket

The sun was screaming " Get out of your room kiddos, it's such a shame to be indoors on such a great day!!! " And so a group of us decided to go to Grassmarket (It's a street) on a glorious Saturday afternoon :) 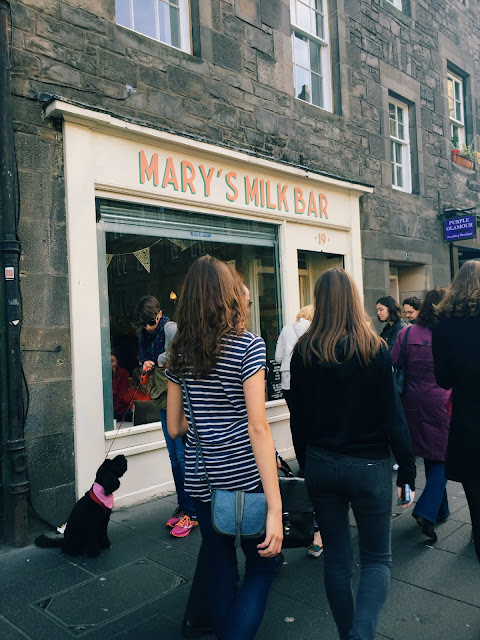 We went to Mary's Milk Bar! Which is well-known cafe here best known for their hot chocolates! 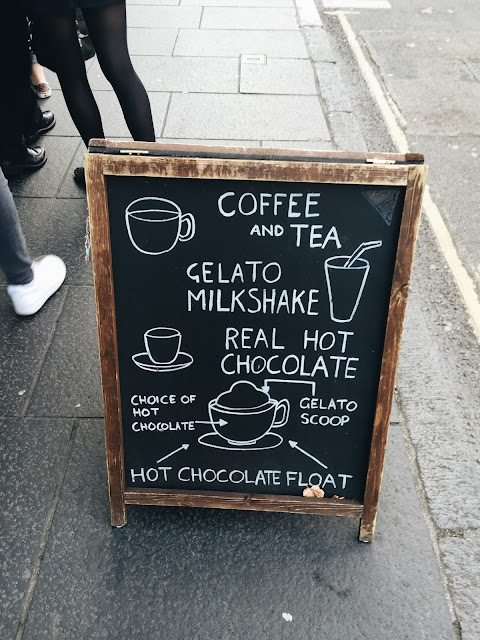 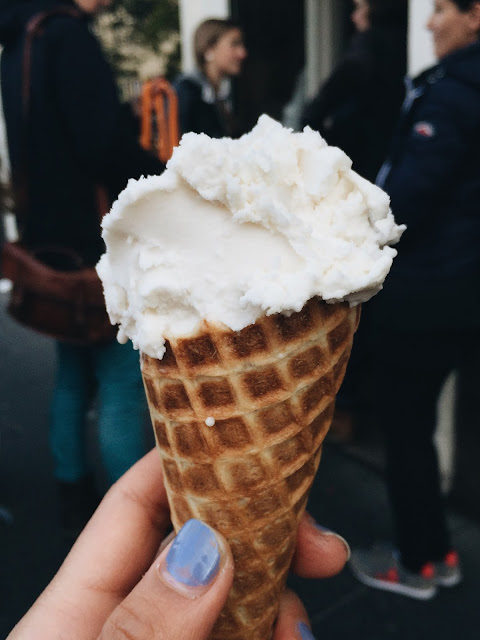 I had a Rhubarb sorbet which was so refreshing! All their sorbets were vegan which I was pleasantly surprised by :') 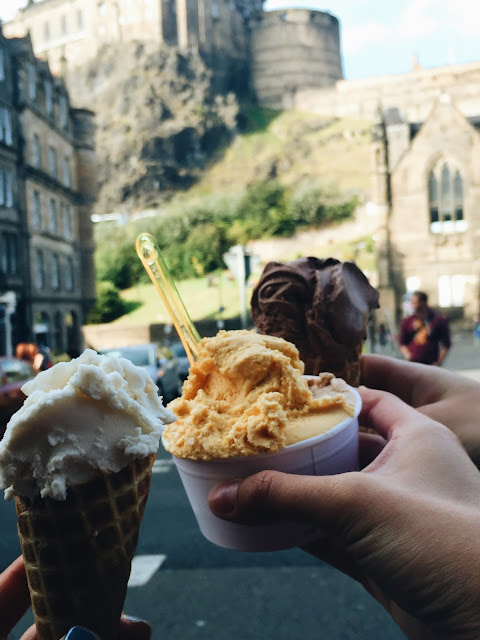 " Take an artistic shot with the castle at the back! " - Lucy 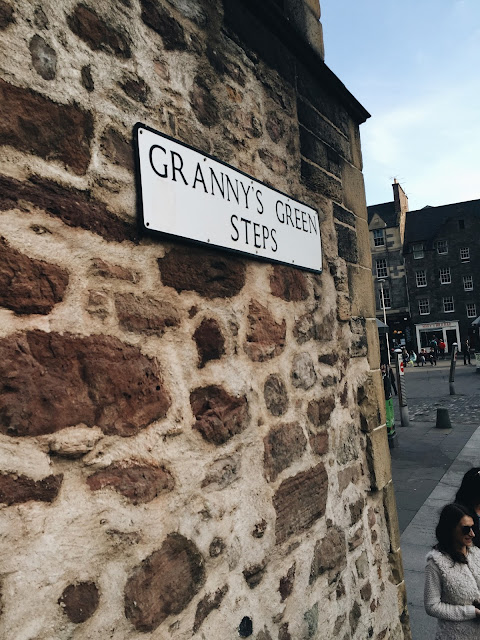 This was the name of the steps leading up to the castle which I thought was really cute! 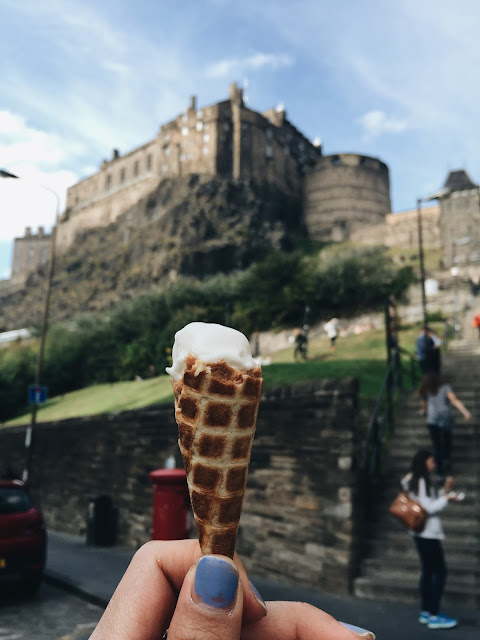 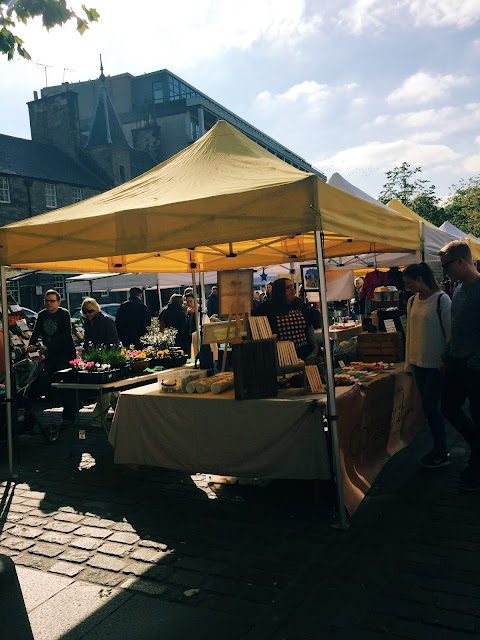 There's a Saturday market every week at Grassmarket! Walking down the street and inhaling the aroma of all the food was both heavenly yet depressing. Depressing because though we were spoilt for choice with the huge variety of amazing foods, we could only bear to spend a minimal amount of money on just one food item! (#sadlifeofstudentsforeveronabudget) 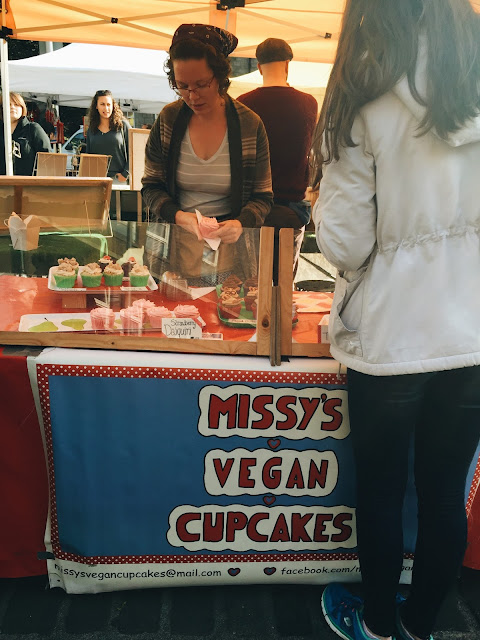 I was so excited when I saw this!! 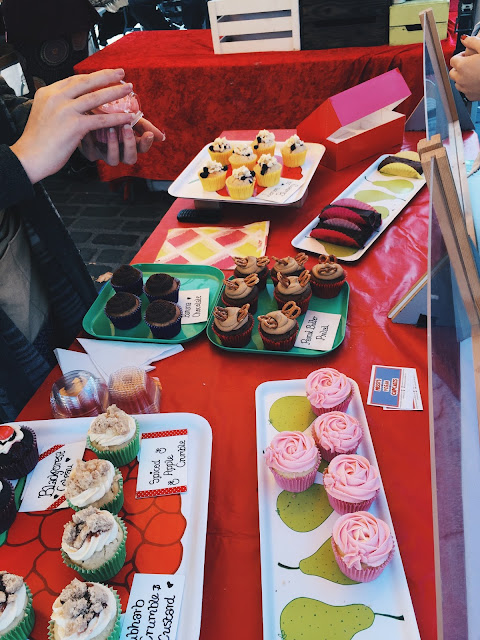 From 3 tiers of each flavour of cupcake on a cupcake stand, it was reduced to this just after 40 minutes! ( We came back after eating our ice cream ) 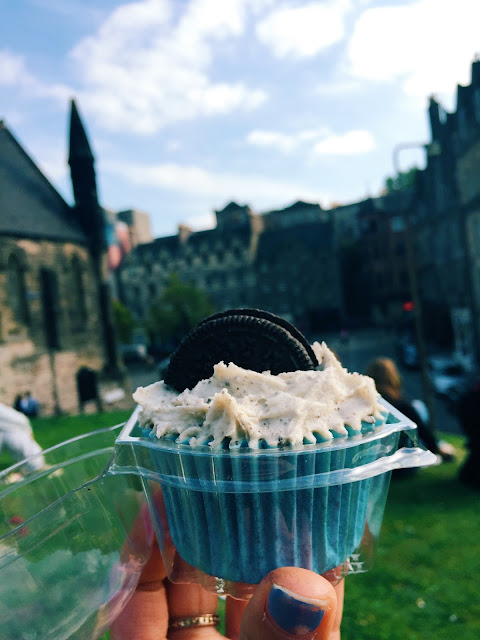 Bought an oreo one!! Fun fact: Oreos are vegan 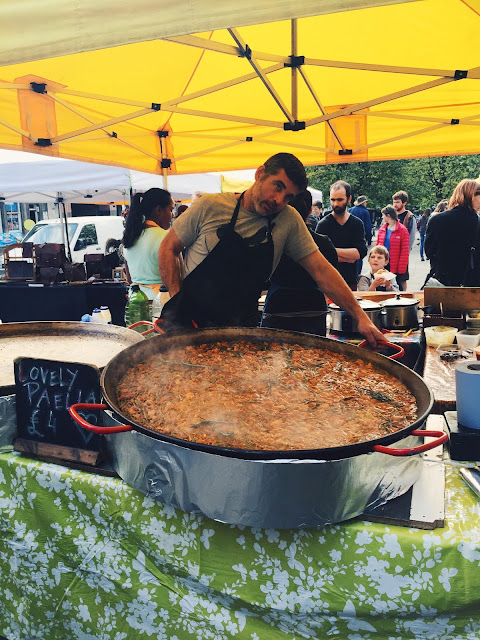 I had to take this photo not only because this is a massive wok of paella, but the guy cooking it was on the phone as he was cooking it hahaha 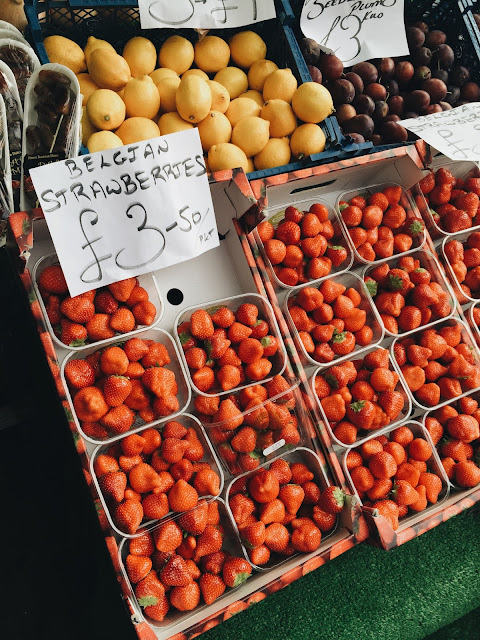 Look how beautiful the strawberries were!! I was so tempted to buy a box but I just couldn't bear to spend more after already spending £4 for the ice cream and the cupcake! (they were £2 each) 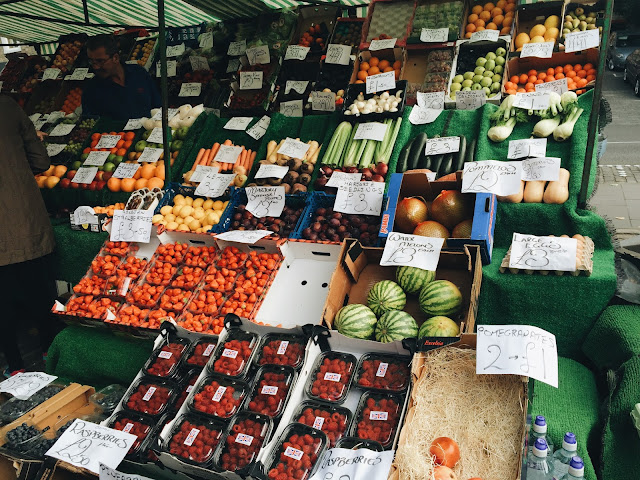 I just love seeing organic home-grown fruits & vegetables stands set up! Knowing that they were harvested with love and care by a local farmer is just such a comforting thought :) He greeted each customer with a huge smile and was so excited whenever someone showed an interest in his products! I'm already looking forward to my next trip here and I can't wait to try the other food items that the market has to offer :)