This was my most favourite city of the 3 :)

Fun Fact: The whole city of Bath is a UNESCO heritage site and Bath is located in a valley which explains how you can see past all the buildings and houses at the top of the inclined roads to the forested areas at the outskirts of the city, at almost every position you stand at in the city centre! 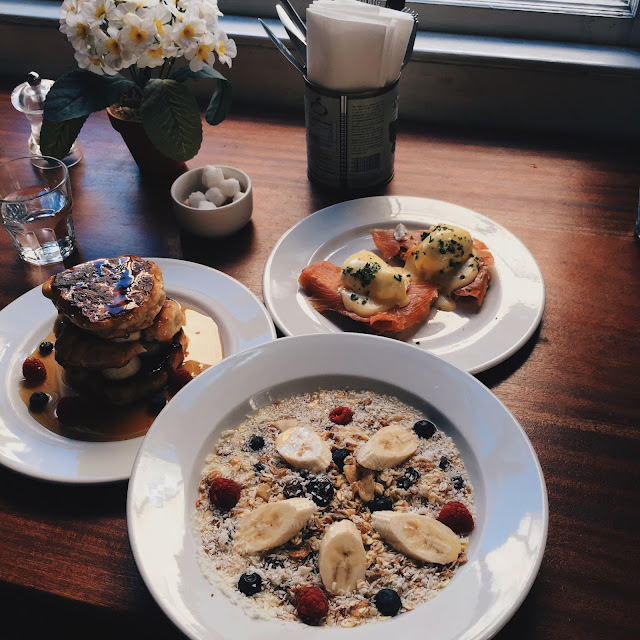 After an 20 minute train ride from Bristol, we arrived at Bath! We checked into YMCA hostel and headed straight for lunch as we were starving. This hostel was so much better than the previous as it was cleaner and their breakfast spread had much more variety! They even had soy milk:) We went to this little cafe called the Wild Food Cafe where I had muesli with orange juice topped with fruit, granola and coconut shreds - it was really yummy!

What I didn't really like about this cafe was that they literally sold 'Wild' food cos they had rabbit pie... 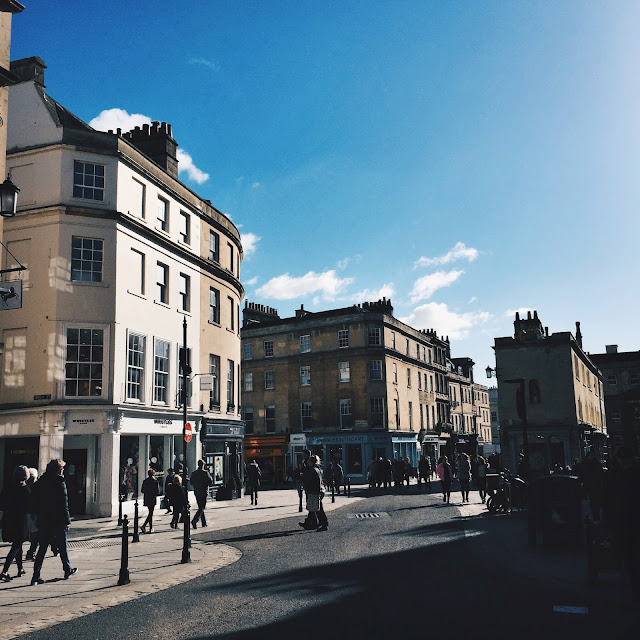 Anyway, I absolutely love the architecture in Bath! The light/faded brown tones to the buildings just made the whole city look so bright and cheerful and the sunlight that reflected off it just made everything so pretty 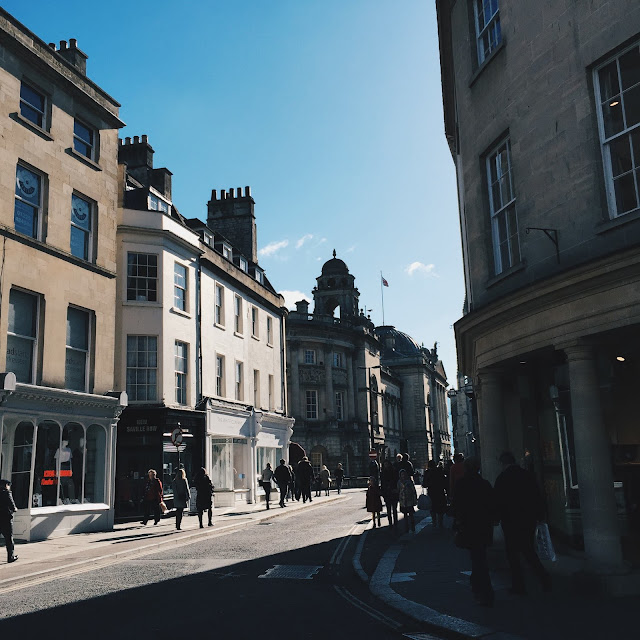 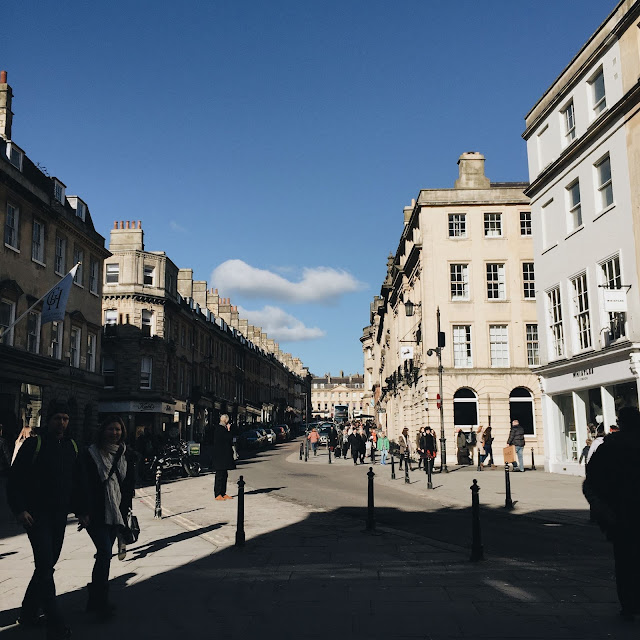 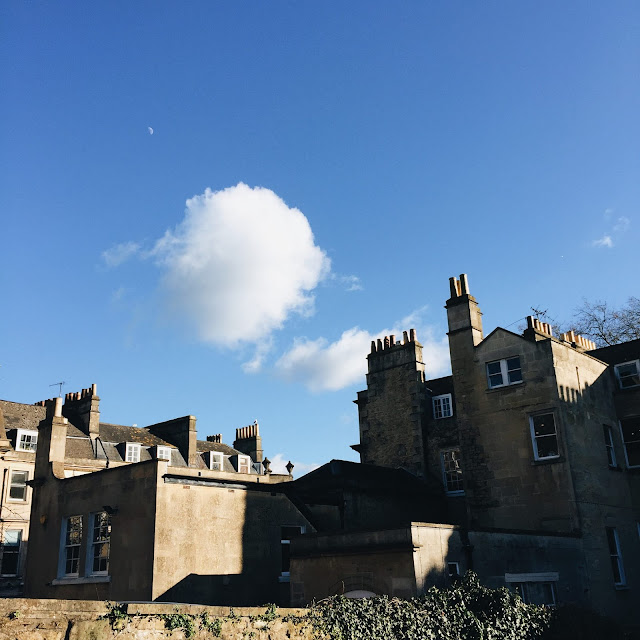 After lunch, we wanted to visit the Roman Baths, but ended up going for a free 2 hour walking tour of the city! It was an impromptu decision but was such a good one because we would never have known about the history of bath, or even bothered to find out about it, if it weren't for the tour! The tour guide was a lovely old man who cracked jokes every now and then whilst narrating the history of Bath

Much of the architecture in Bath was inspired by John Wood who's goal was to make Bath a very beautiful city with uniformed housing. His emphasis was on the appearance of the housing areas, making them look all pristine and identical but had totally neglected/ignored what the back of the housing estates looked like. So, whilst the front of the housing areas were beautifully in sync, we took a trip to the back area of the housing estates and each house was so different and not as well maintained, the contrast was really big. It was quite funny when the tour guide made a joke that "In the city of Bath, it's what's on the outside that counts rather than the inside", contrary to popular belief 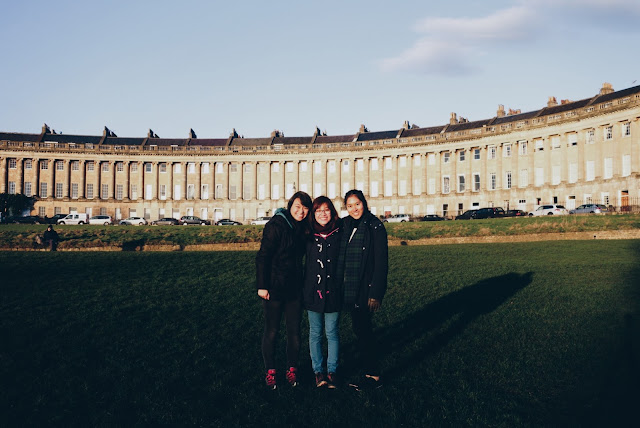 We then stopped by the Royal Crescent!

( we came back to take pictures after the tour ended ) 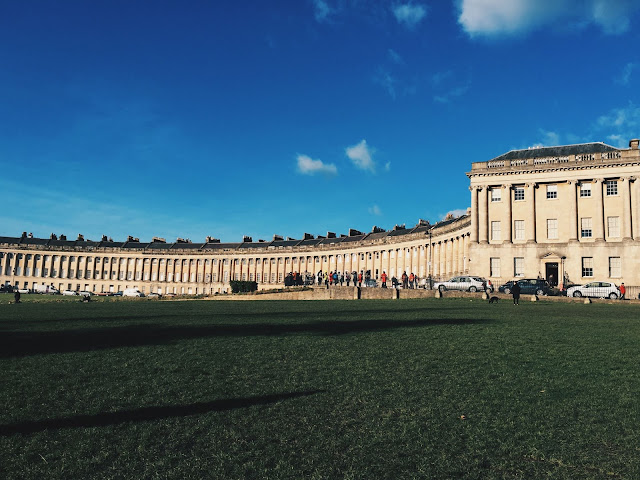 The Royal Crescent, described as the finest in Europe, was inspired by Georgian architecture and consists of a sweeping arc of 30 houses, originally built to provide luxury accommodation for the aristocratic visitors who came to take the 'magical' waters from the bath and enjoy the social season. It now consists of a luxury hotel, a Georgian museum and private housing.

I also got a little excited when I figured out that the snapchat filter for Bath was The Royal Crescent! 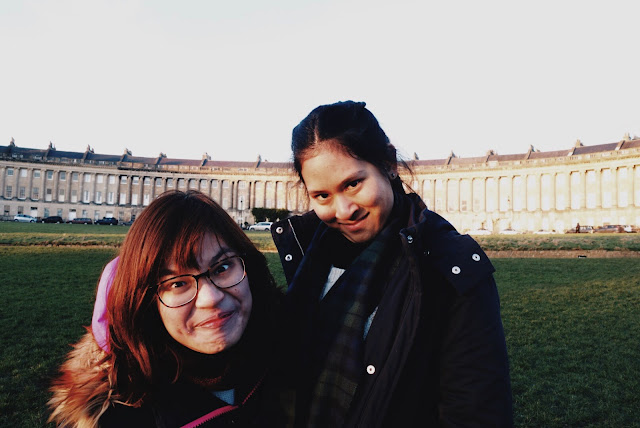 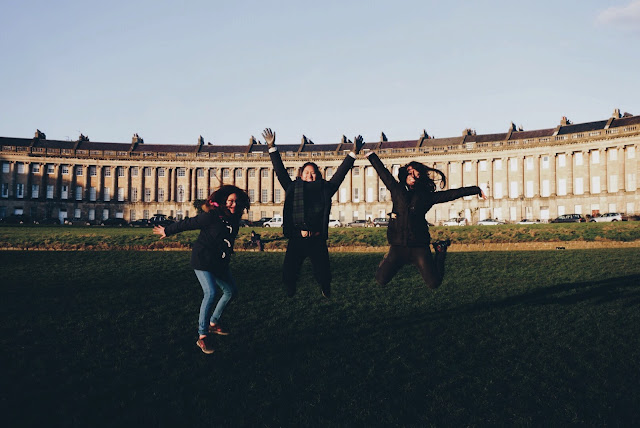 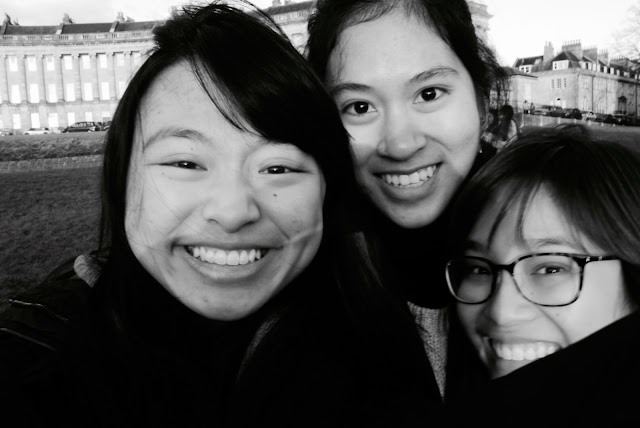 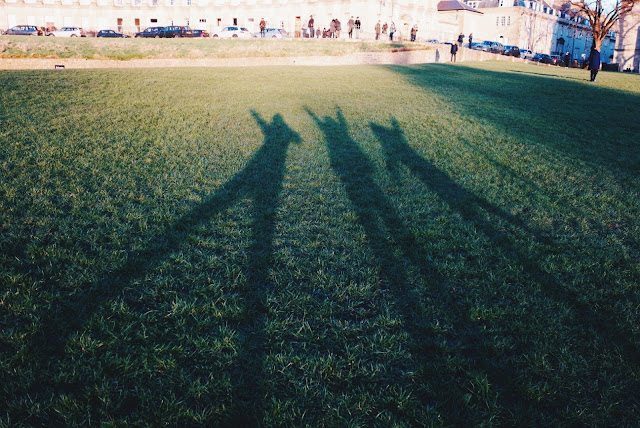 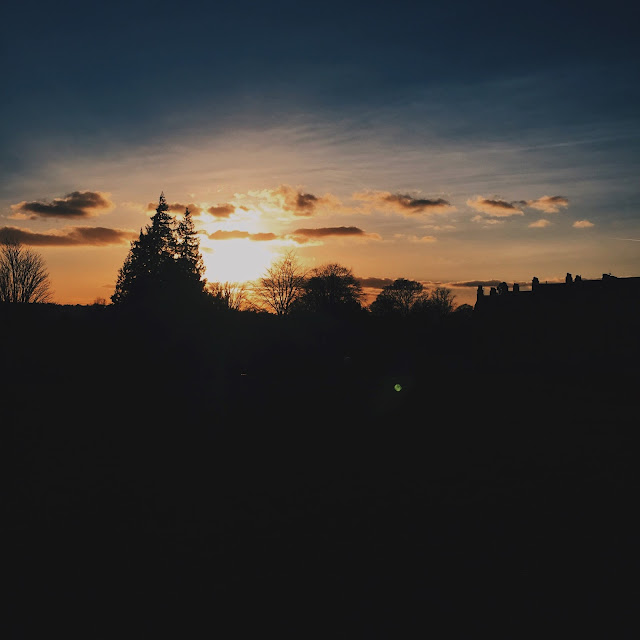 We took photos till the sun started to set and then headed out for dinner!

We had dinner at Thai By the Weir, and I had a green vegetable curry and it was seriously amazing!! It was comparable to actual Thai food standards which is so rare in the UK 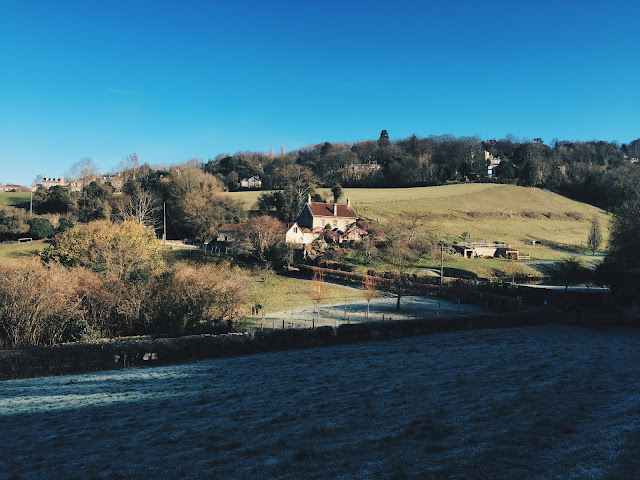 The next morning, we headed to Bathwick Hills for a skyline walk of Bath! The hills were stunning and I was belting out songs from the Sound of Music along the way because the scenery made it very apt (hope everyone on snapchat enjoyed my lovely singing - I hit all my notes) 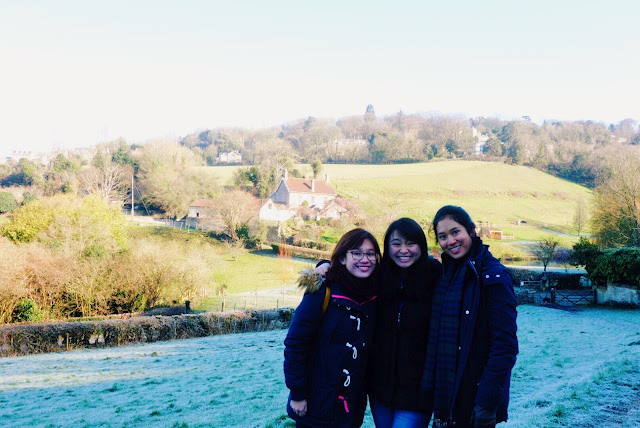 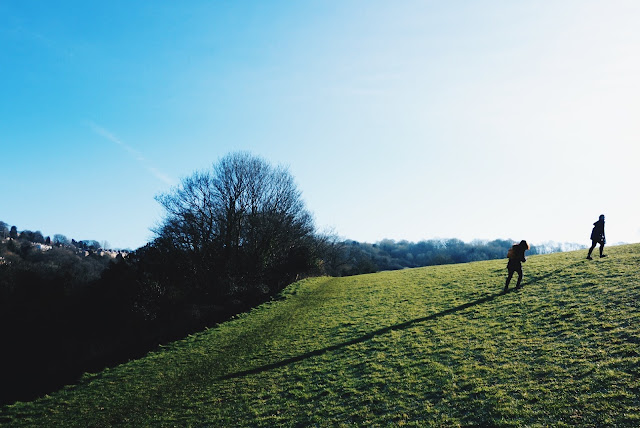 I sang 'Climb Every Mountain' here - how could I have not?! 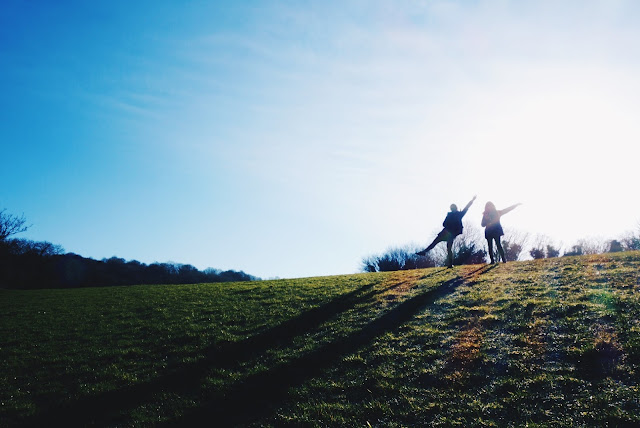 Everything was fun and laughter until the point where google maps brought us through the muddy woods and landed us in someone's backyard - yes I know, weird

We spent about 30 minutes in the woods just alone with nature and singing "Out of the Woods" before we thought we had finally made it out when the maps led us to a path towards a residential area. But no, this residential area that we landed ourselves into was a person's backyard and he was just happily gardening before the 3 of us had to peer over the ledge to ask permission if we could get out from his front gate hahahah

Honestly, it was so hilarious and he must be so confused of how 3 Asian girls just somehow landed up in his house? But thankfully he was nice and not aggressive at all in demanding we leave immediately and just told us that we could leave from the front gate which was not locked 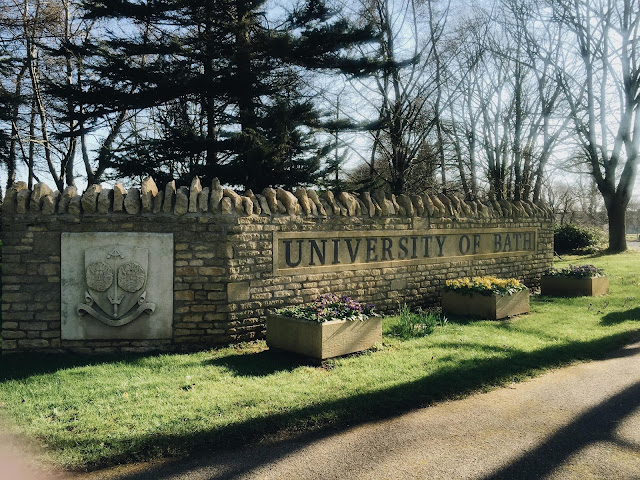 After finally reaching civilization, we walked in the wrong direction towards the University of Bath and then we retraced our steps and headed back to the city centre 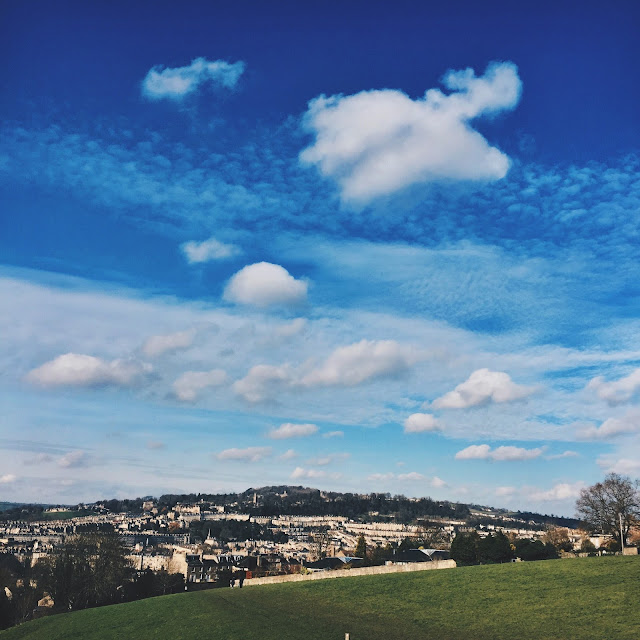 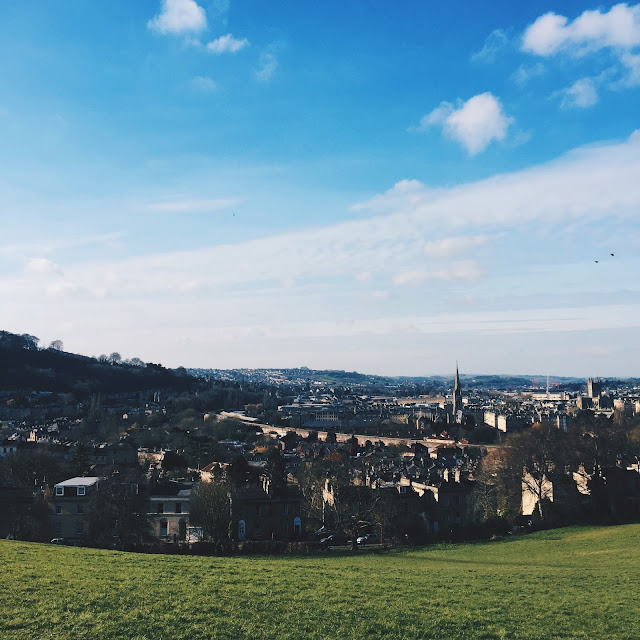 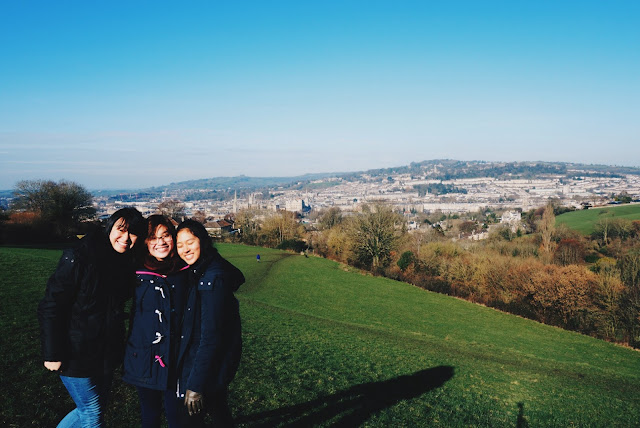 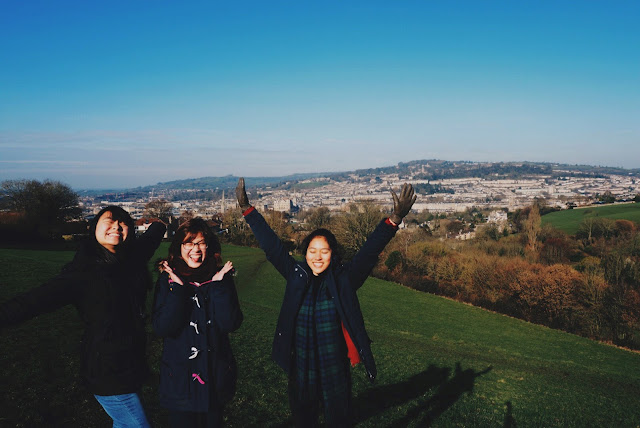 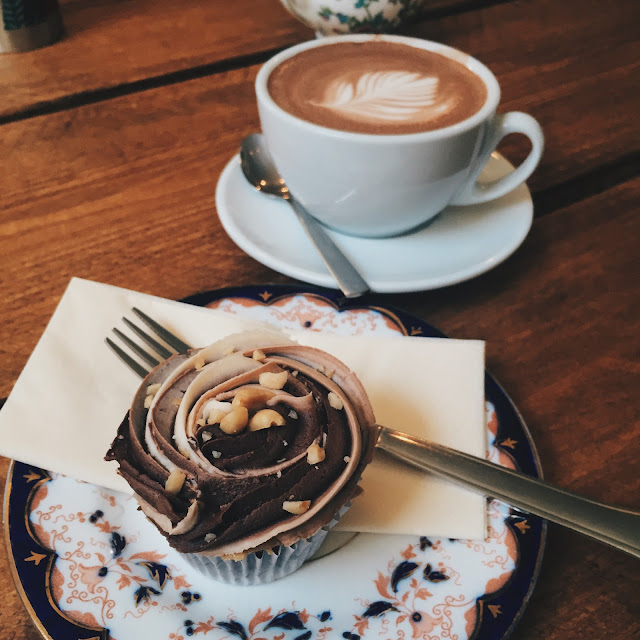 With our freezing hands, we decided to stop by the Green Rocket Cafe, which was a vegetarian and vegan friendly cafe run by Vegans :) I had a peanut butter and chocolate cupcake and Tessa had a hot chocolate! it was sooooooo yummy 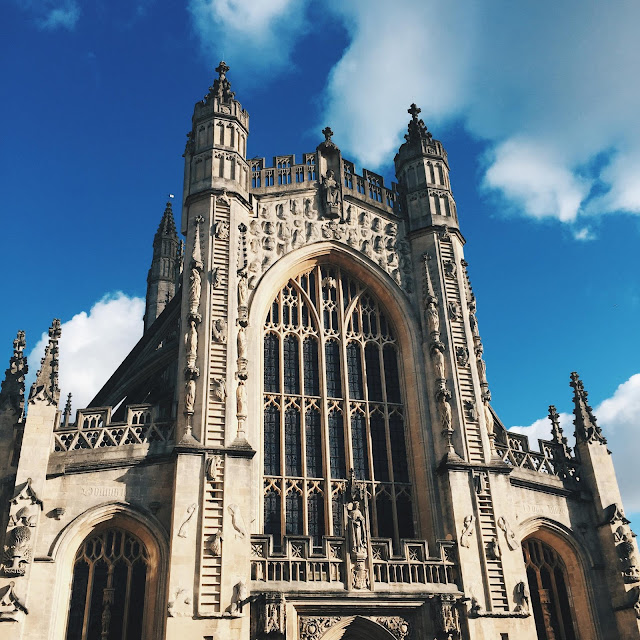 After defrosting for a bit in the cafe, we headed out to see the Royal Baths! This is the Bath Abbey which is a famous church in Bath 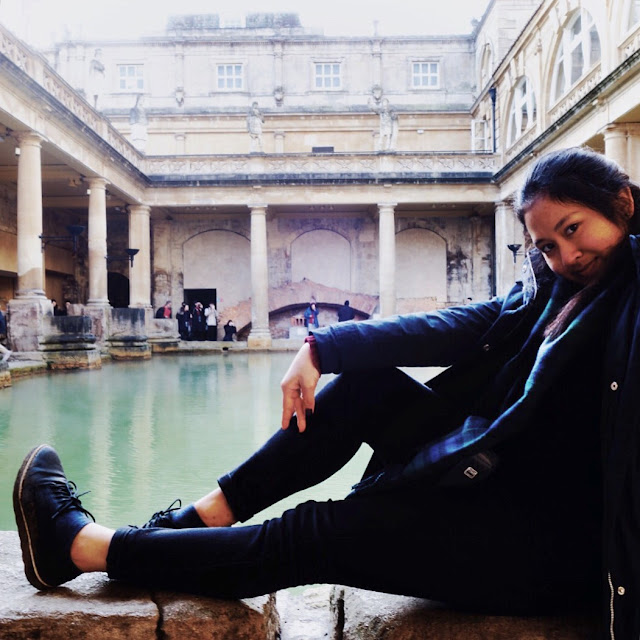 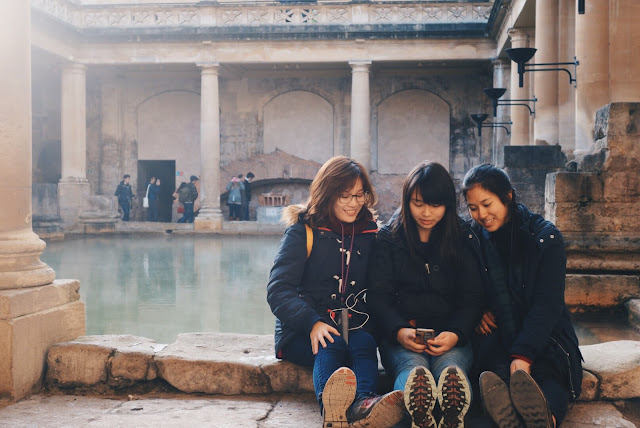 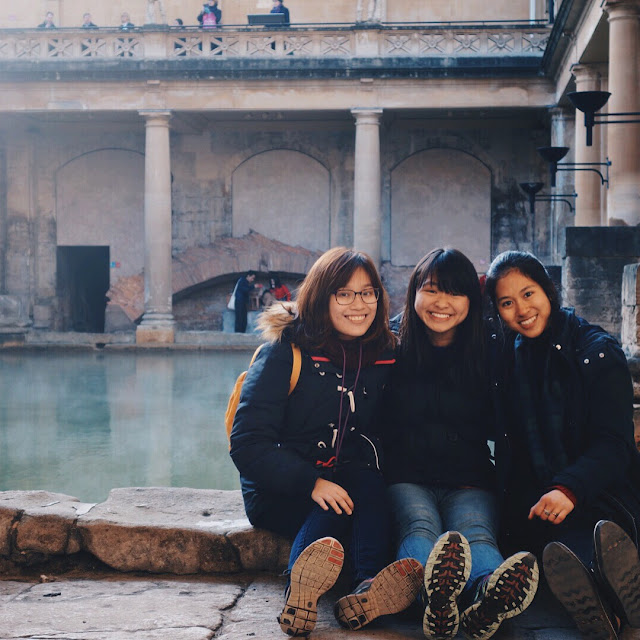 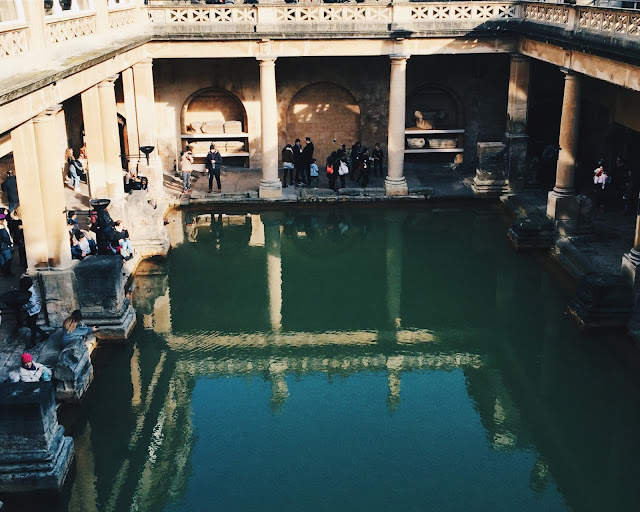 Tada!! This is the Roman Baths! We tried drinking the water and it tasted like rusted metal - bleghhh

After the baths, we sat down on benches that were surrounding a square area outside the Bath Abbey. There was a man playing the piano in the middle of the square and he was playing from before we went to the Royal Baths - meaning a really long time, probably more than 3 hours

I then went up to him and asked how much his CDs were and decided to purchase one at £7 because I really did enjoy his music and it really must be so hard making a living out of playing music in public :( I hope I made his day!!

We couldn't decide on a place for dinner and were quite lazy to search for a new restaurant, so we headed back to the same Thai restaurant and I ordered the same thing and we were served by the same guy hahahah. We chatted a little with him and we asked if he could bring his business to Edinburgh, promising that we would ask all our friends to come to his restaurant. When he was clearing our dishes I also just cheekily asked if I could have more curry and he just laughed ahhaah

In the end, he did not charge us for service charge which was so sweet of him! Good things do come out of being nice and friendly to others ;)

The next morning, we packed and checked out and went to Sally Lunn's Historic House (it is the oldest house in Bath!) to have their famous sweet buns - which was a complete let down

I had one with jam while Tessa and Beverly shared a cinnamon butter one and it really just tasted like regular bread? I feel like I could just buy this at any regular bakery in Singapore and it cost £3.50...

Oh wells, you'd only know when you try it!

We then headed to the train station to await our train to the next stop - Brighton!