Justina and I spent Christmas in York with the Littlewoods!

(RECAP: The same family I spent a few days in Jan after New Years with last year and Aunty Helene and Esme went vegan with me whilst I was staying with them)

We arrived on the 23rd and the first 2 days leading up to Christmas was spent chatting with the family, helping out in the kitchen, taking Watson for walks and just chilling in the house! We felt so at home here and it was nice that both Jordan and Esme were home as well :) 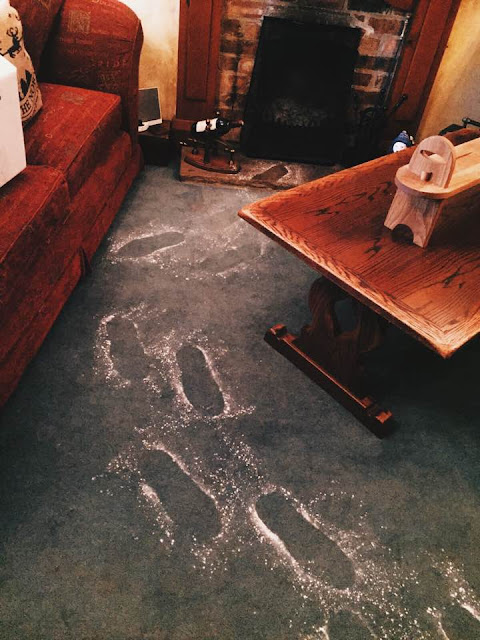 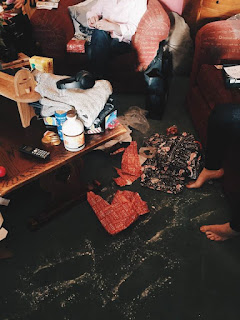 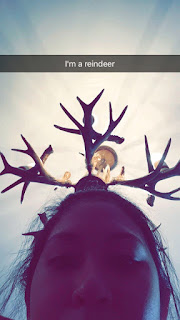 Opening Presents! Uncle Rob and Aunty Helene gave Justina and I a christmas stocking each filled with gifts! It was so sweet and kind of them and the first filling I got was an orange and I literally held it up in the air and squealed " I got an orange!! " Aunty Helene then laughed and told the kids " Watch and learn kids, that's how excited you should be for presents " hahahaha 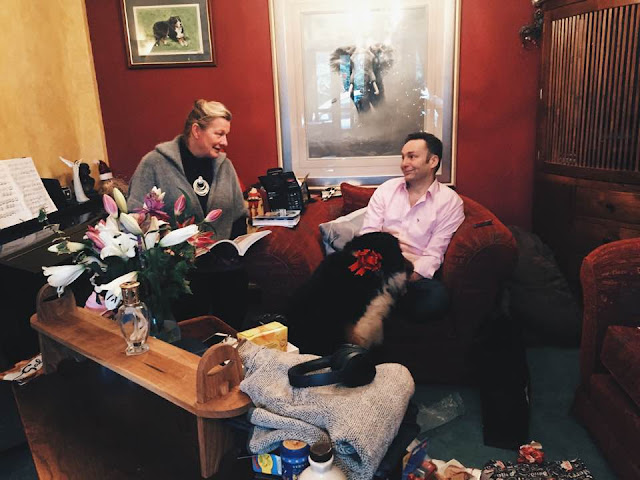 Aunty Helene and Uncle Rob - They are so sweet to each other and you can just tell that they still love each other so dearly :') 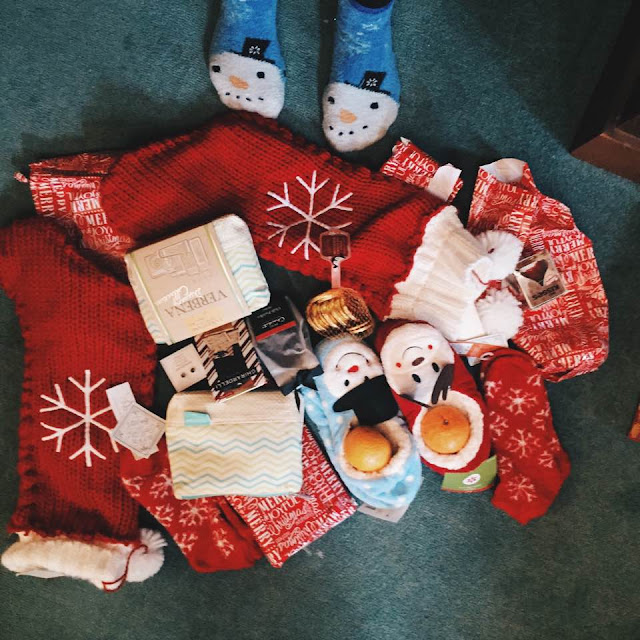 Justina and my gifts! 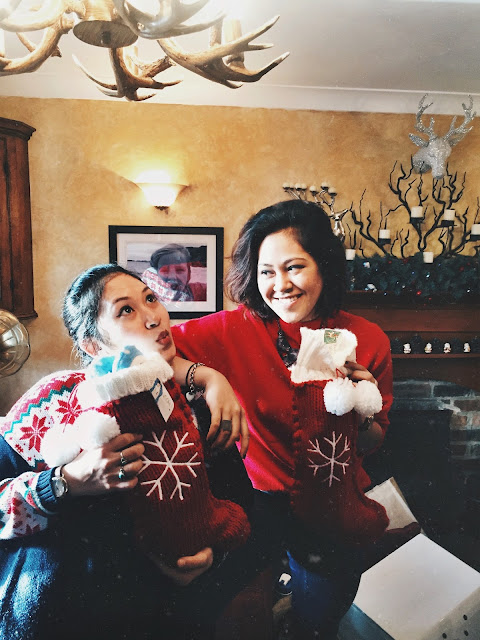 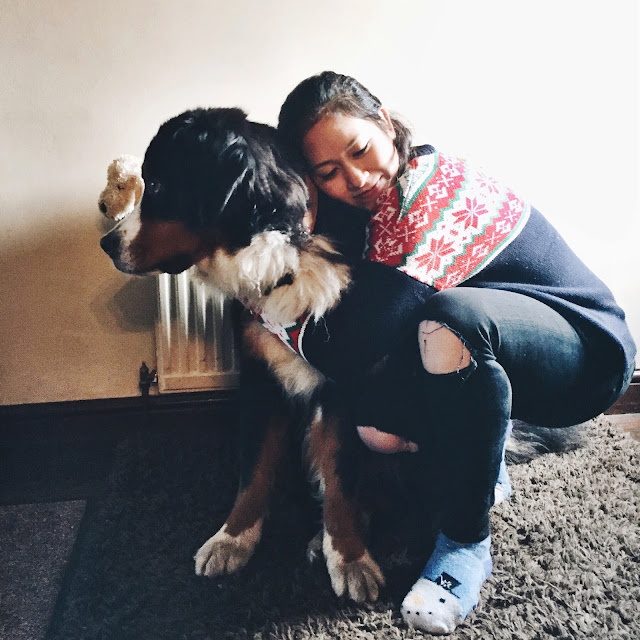 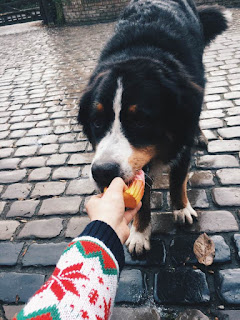 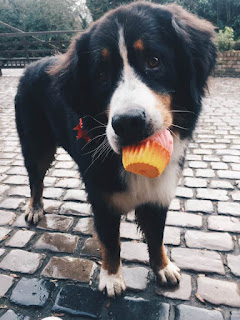 Watson is such a cutie! 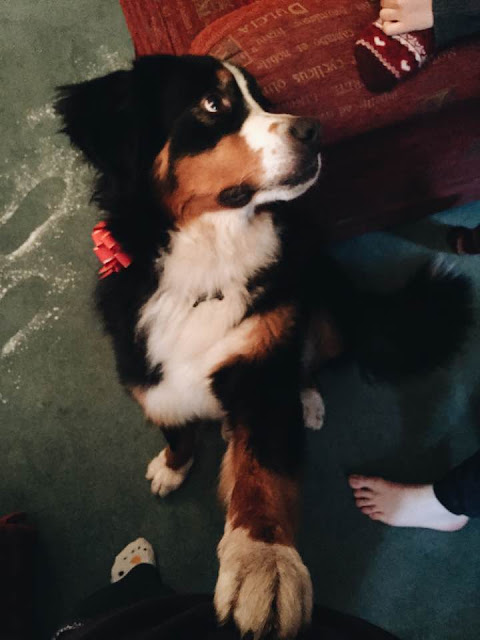 Look at her resting her paw on my thigh!

After unwrapping our gifts, we cleared all the wrapping paper and got some snacks ready for when the relatives came over. The rest of the day was spent eating, chatting and just being amongst 'family'. Christmas lunch was really good (well more like late lunch cos we had it at 3pm!) and after that we played games like guessing the fruit and vegetables (they were wrapped up and we had to write down what we thought they were - Jordan and I won!), drawing beetles and also a like a number/letter game thing E.g. 52 W = Y would be 52 weeks in a year, and the list went on for other things that had numbers to them like 126 bones in a body, 8 planets in a solar system etc.

After that, we all just sat round the front room and opened presents that the relatives had brought over and they even got gifts for Justina and I! I was so shocked because I was not expecting anything at all  so it was such a pleasant surprise :) After chatting for more, they all left and the Littlewoods, Justina and I watched the Christmas Bake Off and I retired for the night first after already having dozed off on the couch a few times hahah 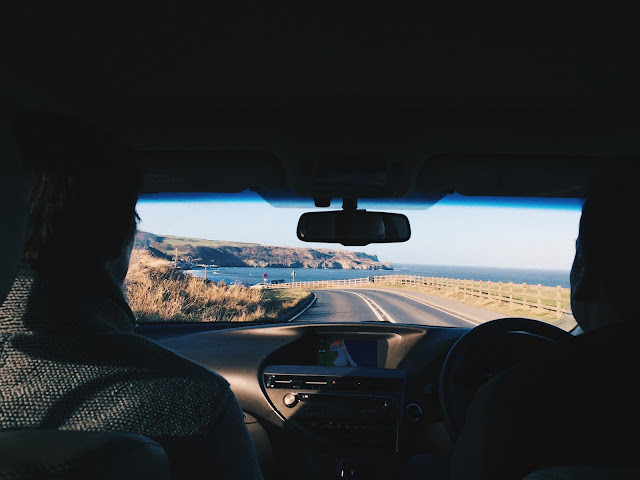 On boxing day, we drove down to the coast! The drive was really pretty and it seemed like the perfect day as the sun was bright and up and the skies were clear :) 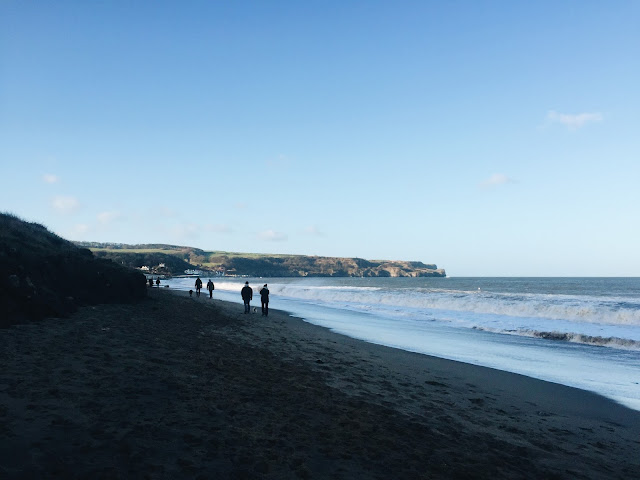 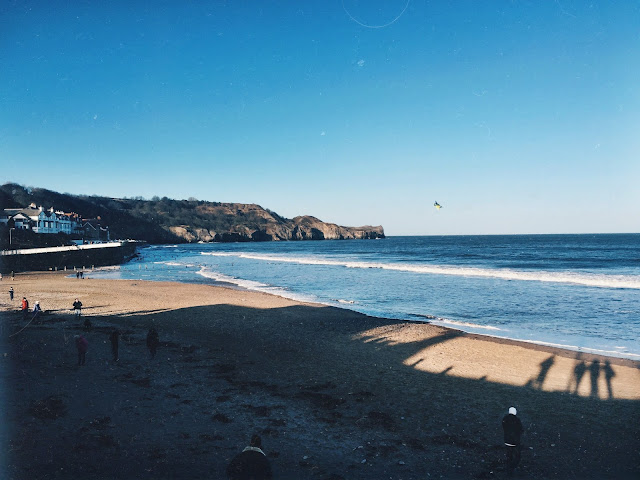 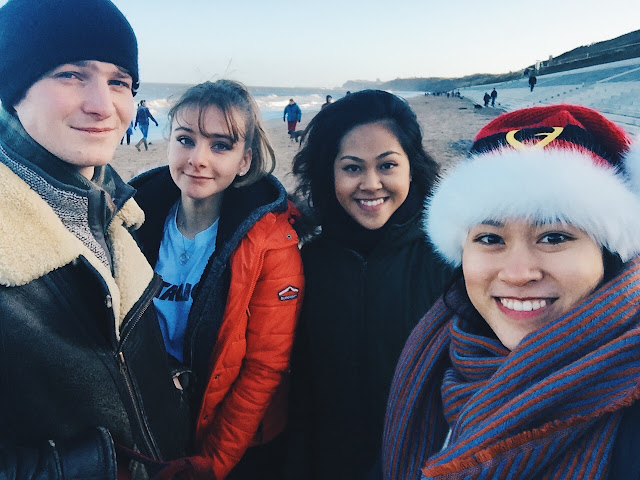 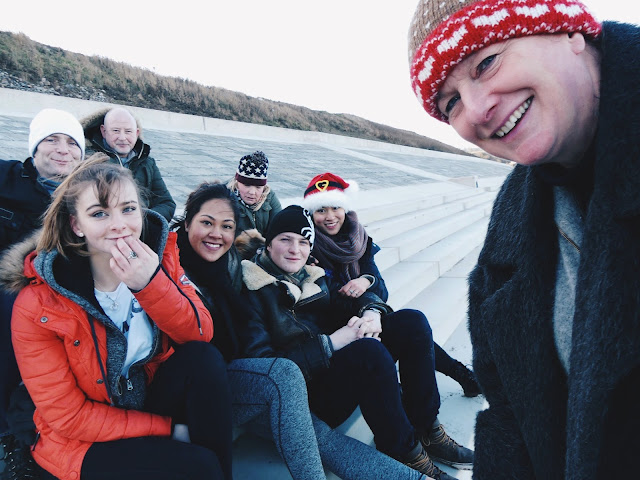 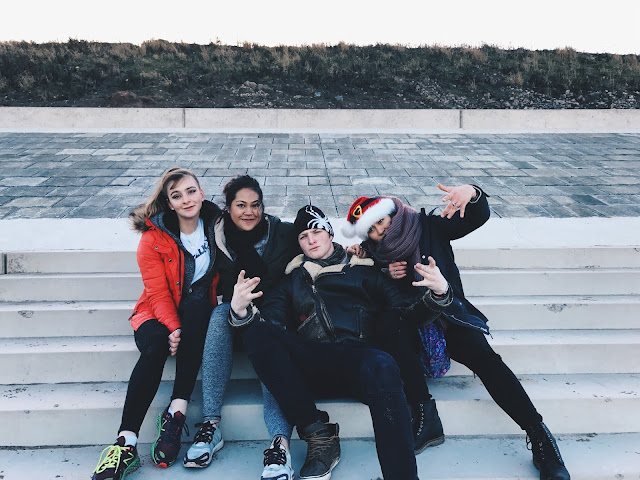 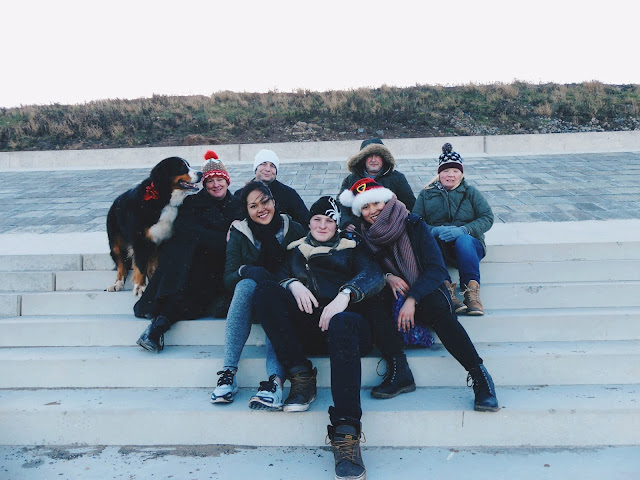 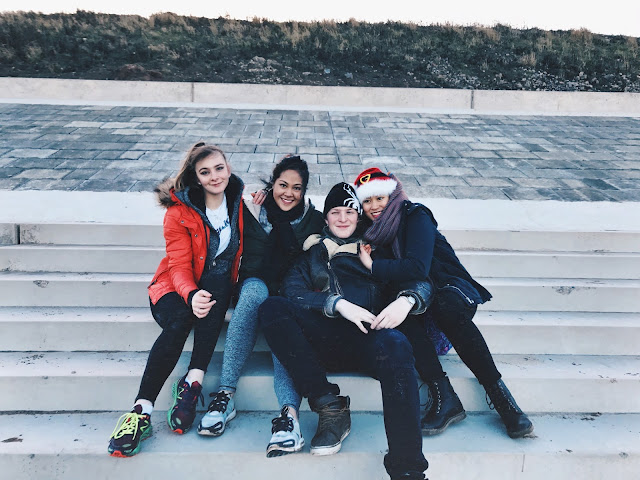 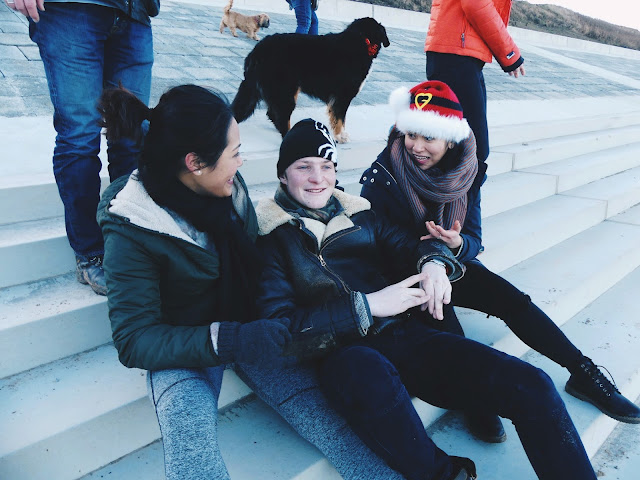 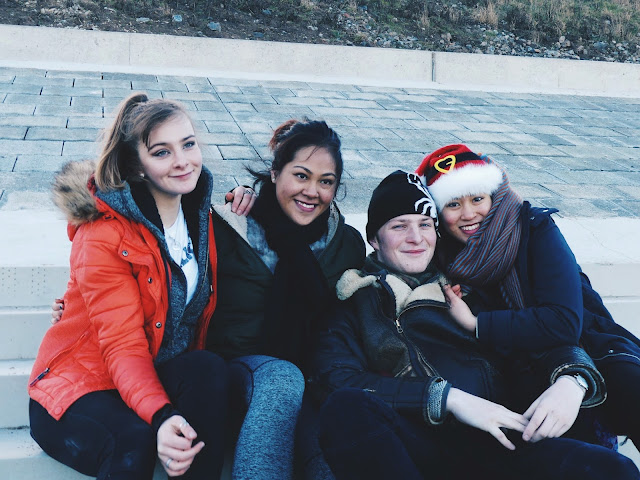 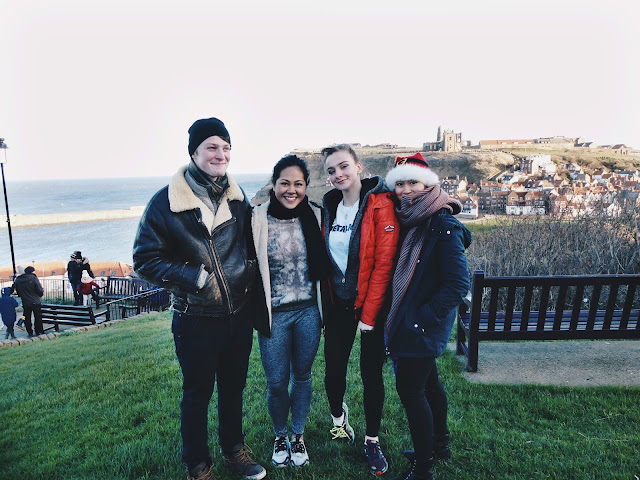 We then drove to Whitby Town to get Fish n Chips (chips for me), which fun fact was an old whaling village! The 'entrance' to the town was marked by a huge frame of a humpback whale's jawline. We were listening to James Blunt's 1973 and it was the perfect song! 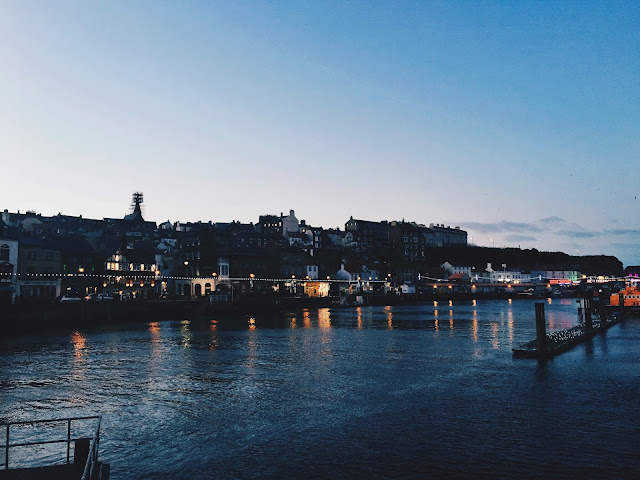 Drove back at the end of the day where Jordan, Justina and I slept in the car. We had tea together before heading to the TV room to chill. After dinner that evening, the kids watched The Proposal, Friends with Benefits and The Wedding Crashers whilst snacking on cookies and chocolates :) I'm so surprised we managed to stay awake through all 3 movies, and at about 2:30am we called it a night

Left the next morning sadly but so grateful for having had such a great Christmas with the Littlewoods :) They make us feel so welcomed and at home, and both Aunty Helene and Uncle Rob are such funny people! I can't wait to see them again soon :')