Went on a triple B trip (hahaha...) to Bristol, Bath and Brighton with Beverly and Tessa during Innovative Learning week aka a week off school to take different courses that the uni organizes but everyone really just travels 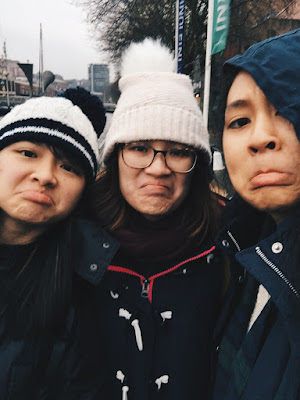 Day 1 of Bristol was sad and gloomy and our faces clearly and very accurately depicted how we felt with such horrible weather :( It was raining almost the entire afternoon and the weather just made Bristol 'not pretty'

After a 6 hour train ride from Edinburgh and getting checked in to our hostel (which I thought was filthy and I pride myself for surviving 2 nights of sleep here), we walked around St Nicholas Market which sold so much yummy food - I bought a heart-shaped cookie hehe, and other home-made goods. 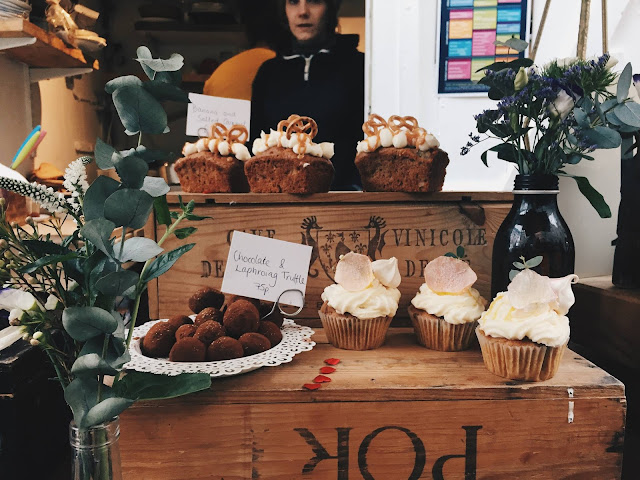 Couldn't really decide on what to eat so we decided to go to a cafe for lunch instead. However, we had a really disappointing lunch at a cafe called BaoWow which had great reviews but I guess British standards of Asian food is really just not the same! I had this Kimchi bun where 2 of it cost £6.50 - so not worth it for that real generous portion of fillings as you can see 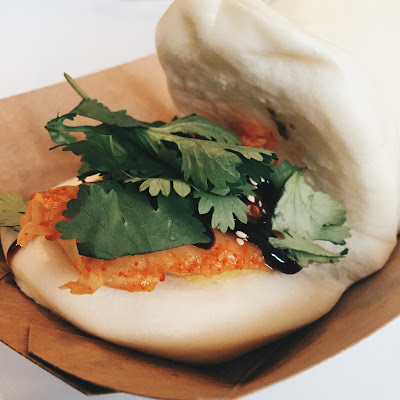 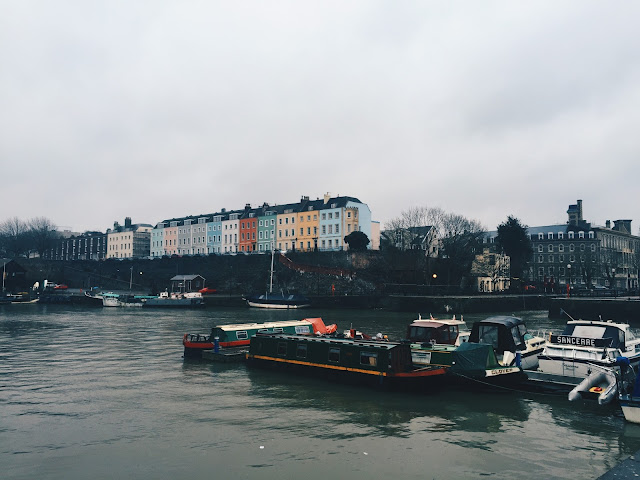 After lunch we just walked around the harbor area, entered 2 museums, 1 of which I really enjoyed as it showed clips of nature as one would see on National Geographic and I felt a little emotional inside as I watched the seals swimming in pairs, a lonesome whale just minding its own business, flowers basking in the sunshine, lightning seemingly tearing up the sky and shots of amazing landscapes - nature is seriously just so so magnificent and beautiful

After that, we headed to another museum called the M shed, a museum all about Bristol. Sadly, it did not really interest us much and we left after 10 minutes. 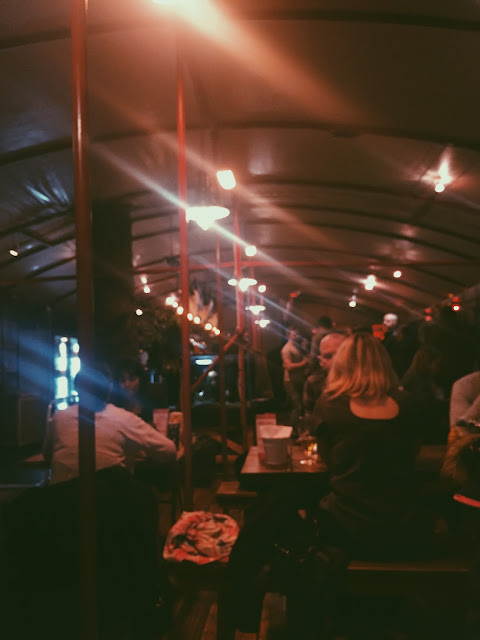 Dinner was at a restaurant called Three Brothers Burger and the atmosphere here was so nice and chill, I loved it! Half of the restaurant was on a boat as well :) 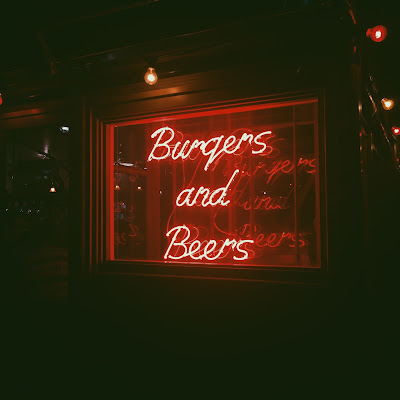 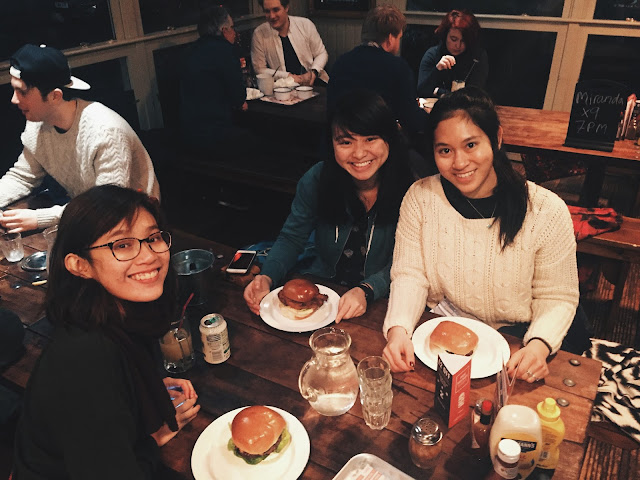 I had a portobello mushroom burger which was really quite good but I just wished it came with fries or a small salad at the side rather than just a burger on a plate? Looks rather pathetic doesn't it? 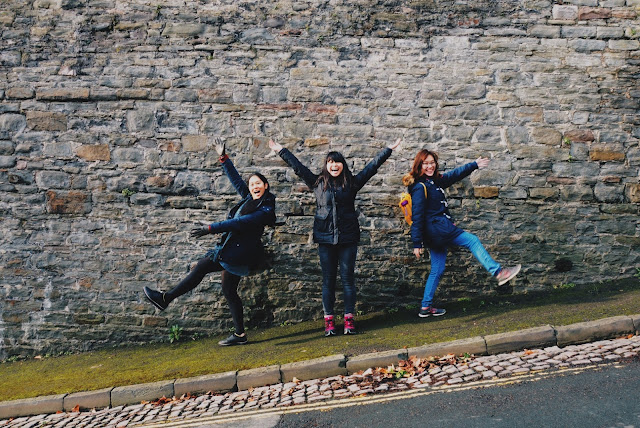 Day 2 of Bristol was so much better! Great weather made all the difference! 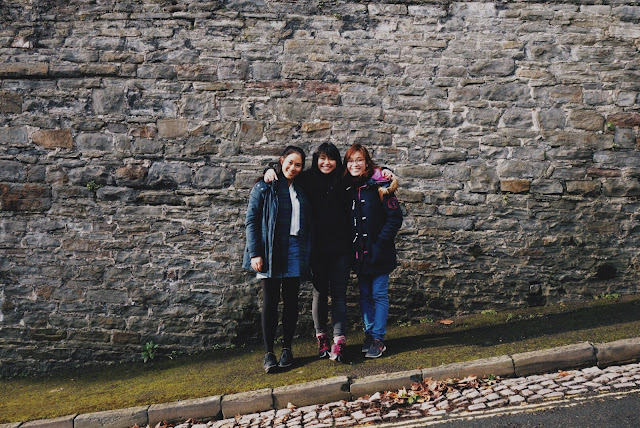 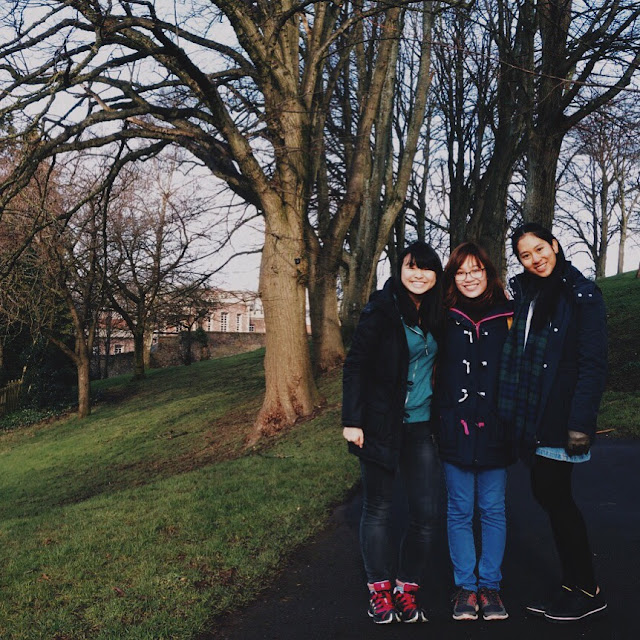 We went to Brandon Hill that morning which was a beautiful park! 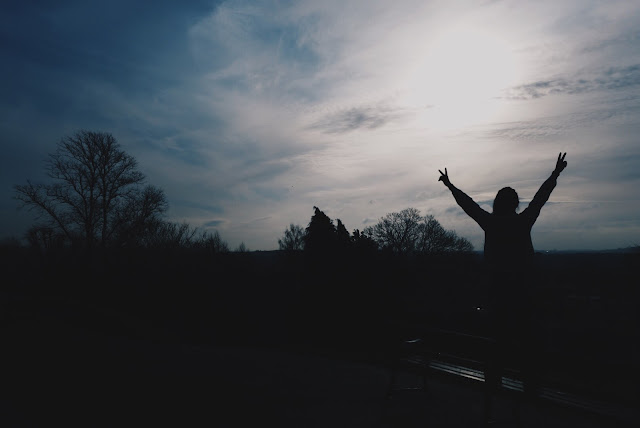 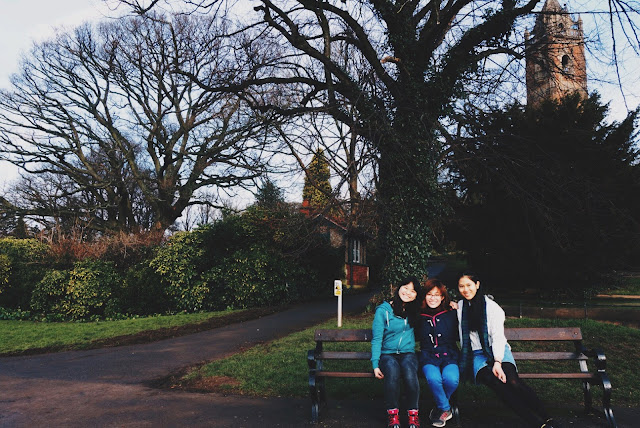 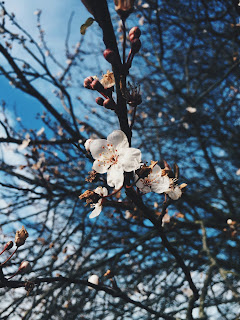 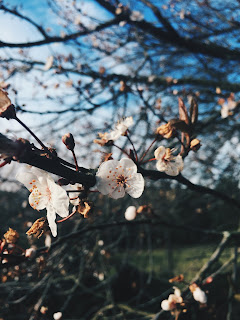 The flowers reminded me of cherry blossoms in Japan! 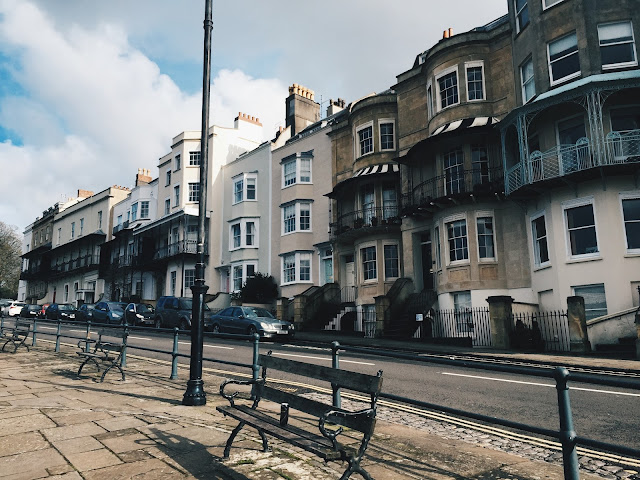 I really loved the houses here 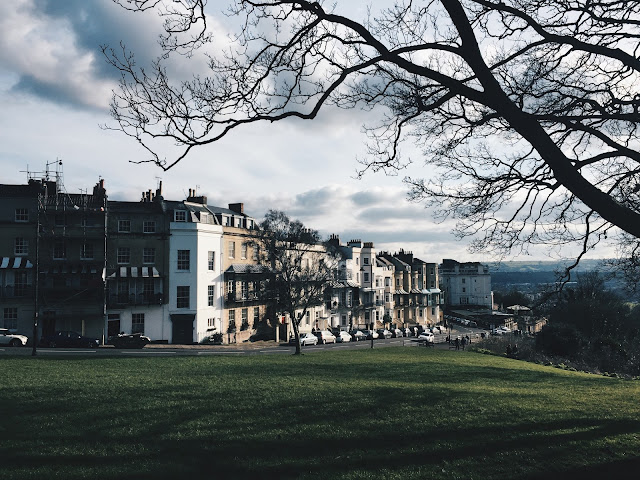 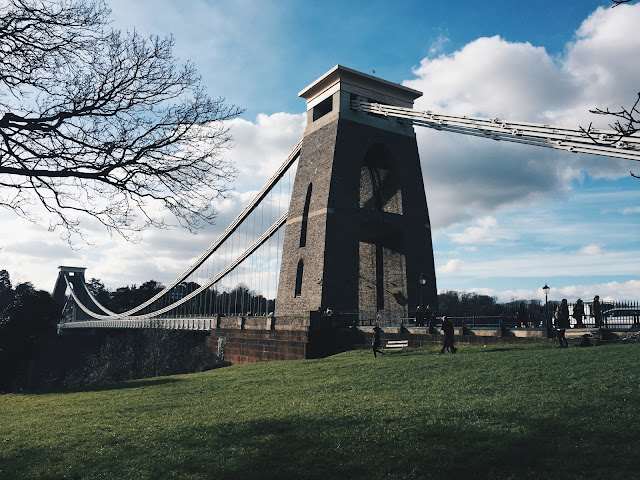 After Brandon Hill, we made our way to the Clifton Suspension Bridge! Bridges really amaze me - I don't get how something so heavy can stay up without any support in the middle?! Thank you to all the architects, scientists and construction workers out there!!

We stopped for lunch on a bench facing the bridge where you had the view of the entire suspension bridge! The three of us had bought a meal deal for lunch from Sainsbury's in the morning but we also stopped for hot chocolate after because we were freezing and who doesn't love a hot chocolate! 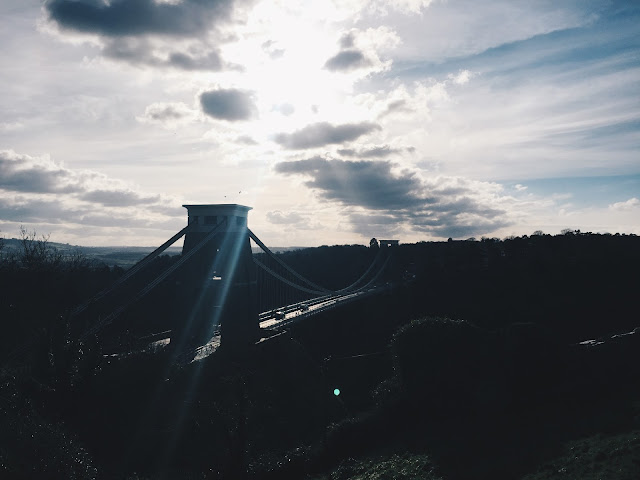 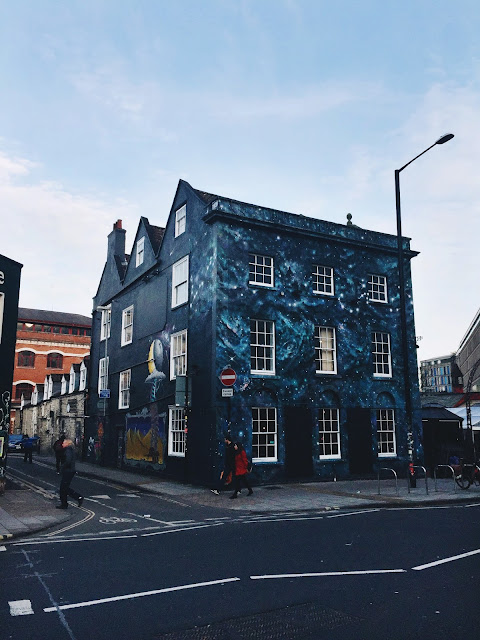 After the bridge, we walked around Clifton village for about an hour and headed back to the city centre.  The village was littered with small and unique local shops and I loved the whole vibe there:) 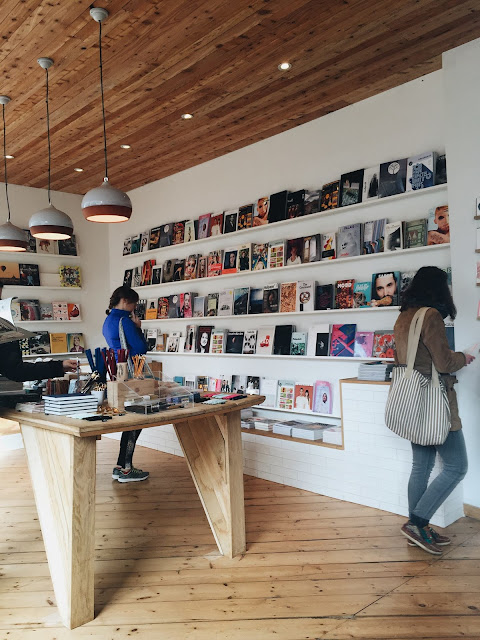 This was my favourite shop! If only I had the money, I would've bought so many magazines! It had the vibes of Typo in Singapore but 10 times better

Back in the city centre, we headed to Stokes Croft, an area famous for their street art and some of Banksy's as well! This one above was my favourite :) 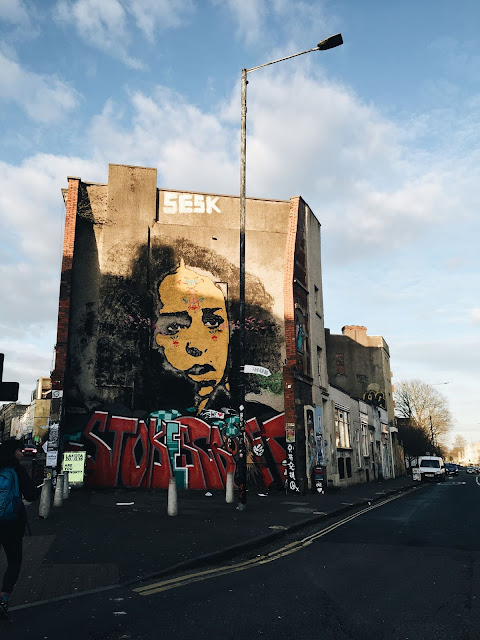 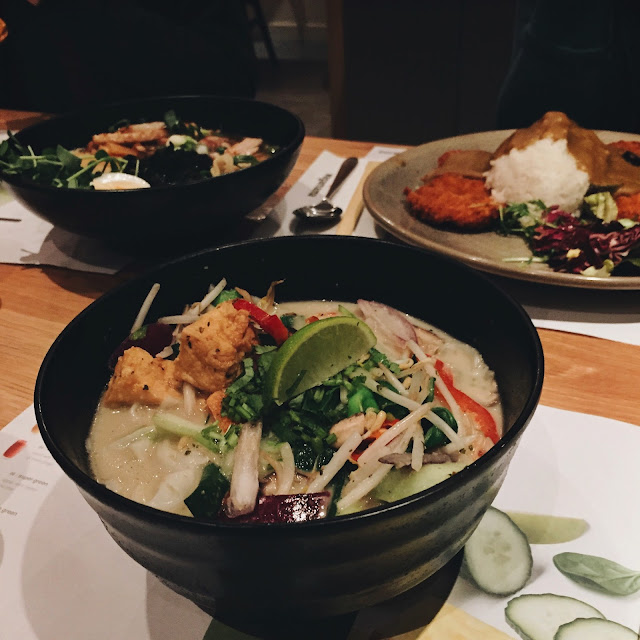 After a long day of walking (16.62km according to iPhone's health app), we settled dinner at Wagamamas:) I had a green curry with vegetables and tofu and enjoyed every bit of it! I literally drank every drop of soup that I could possibly get hold of!

The next morning, we checked out of the hostel and lugged our bags for what felt like ages, all the way to Arnos Vale cemetery! Not that I've been to many, but it was the prettiest cemetery that I've seen - there was so much greenery and the tombstones were really well taken care of with colourful flowers adorning them :')

Then we got on the train to Bath! (next post)