- A summary of December festivities! - 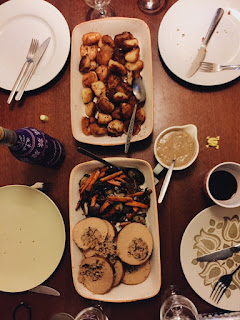 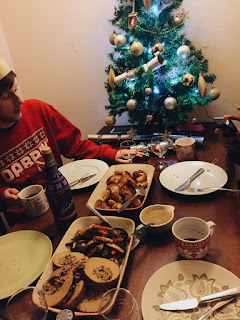 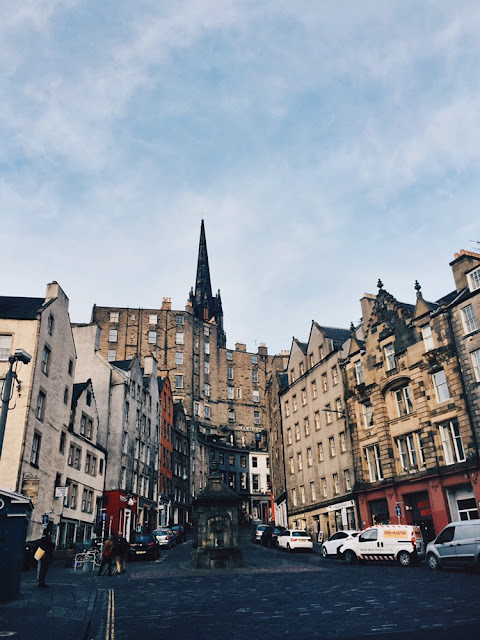 Went to the Saboteur for lunch and then to the Grassmarket to collect my Instagram giveaway prize from the Isle of Skye candles company :) 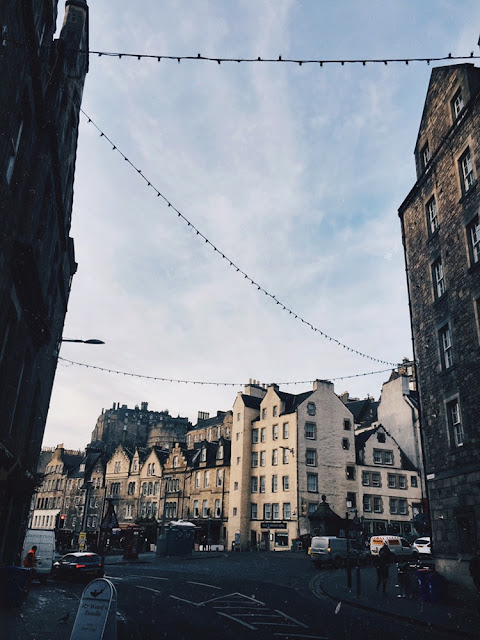 That afternoon, Julian came over to the flat after Topo, him and I had lunch at Saboteur and I cleaned my room while they played Halo on the xbox. We then baked banana bread, played more Halo, played monopoly and scrabble and ordered Indian takeout for dinner :) 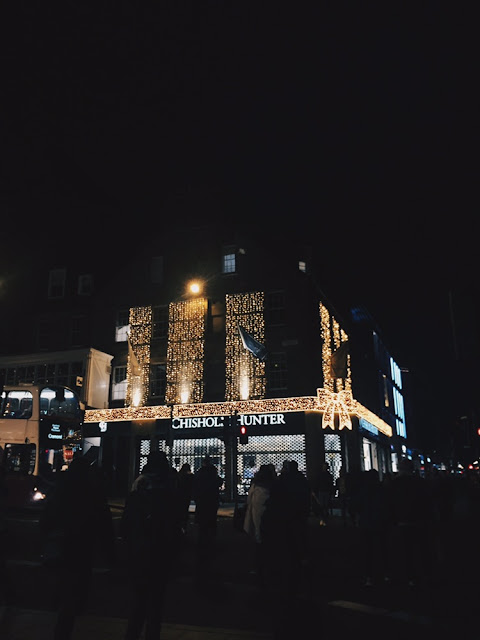 The next evening, Topo and I went to the Christmas market - finally!! 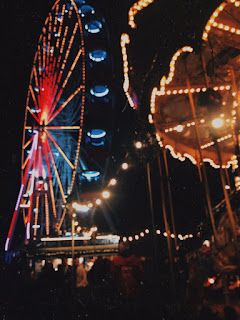 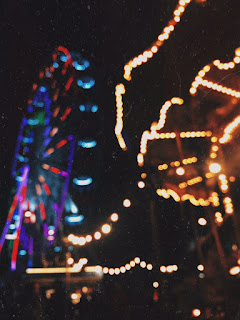 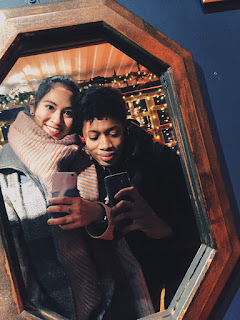 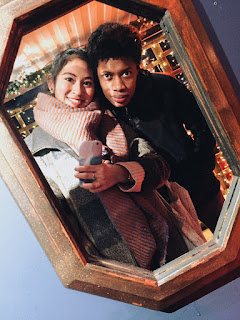 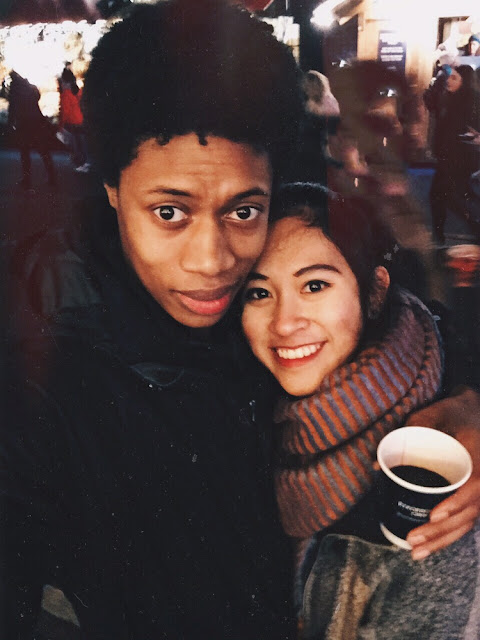 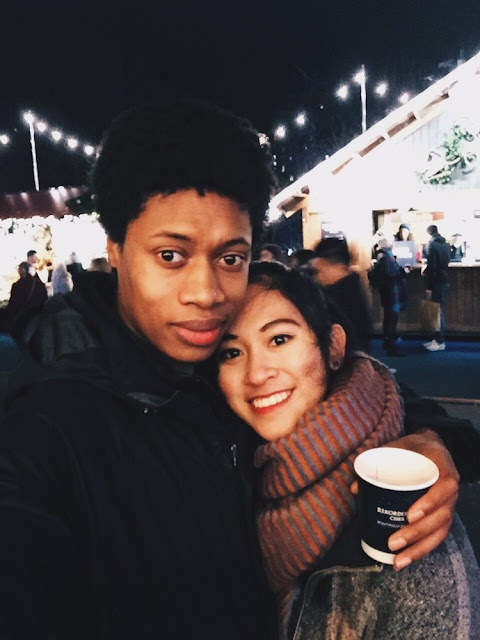 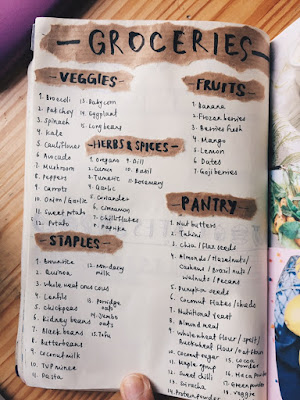 On the afternoon of the 23rd, Topo and I met Damon at Waverley station and we headed to Damon's place for the Christmas holiday ☺

The evening we arrived, we went grocery shopping and went caroling!

The next day, we woke up in the late morning, I painted for a bit then we played monopoly. Later in the afternoon, Topo and I were in charge of making dinner whilst Damon and his mum went to pick Julian and Damon's brother, Dominic up from the train station 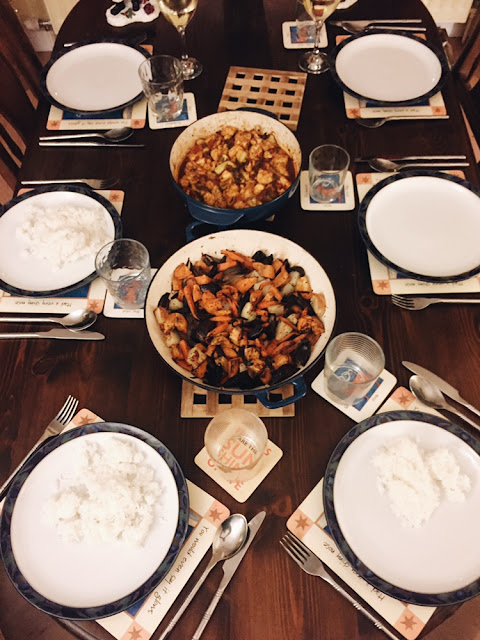 We cooked up a roasted cauliflower - recipe adapted from Jamie Oliver and it turned out amazinggggg and roasted root vegetables and rice :)

That evening, we played Monopoly (Game of Thrones version which is so great) again and then headed out to the local pubs and met some of Damon's high school friends! Damon lives in a small town called Langholm and honestly, all heads turned when Topo, Julian and I walked into the first pub because we were literally the only non-British people there! and basically in the entire town - it's quite funny actually how we were such a diverse group of people (for Topo I guess it felt like Get Out)

The next morning was Christmas day!!!

Helped out in the kitchen in the morning and had a lovely Christmas brunch of baked potatoes, toast, avocados, tomatoes and mushrooms and mimosa! 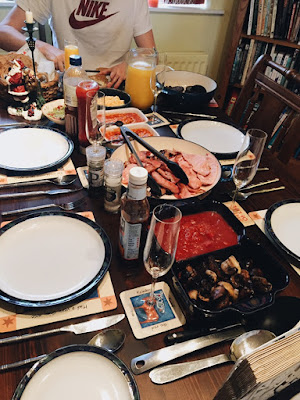 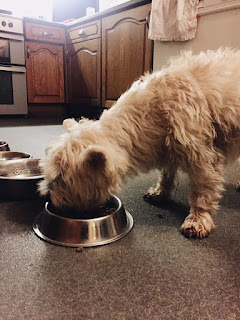 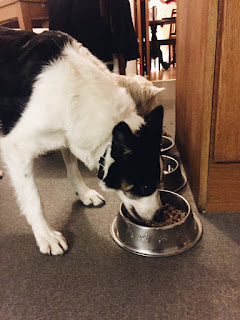 This is Archie (so noisy but still cute) on the left and Trim (really calm and therefore really cute) on the right! 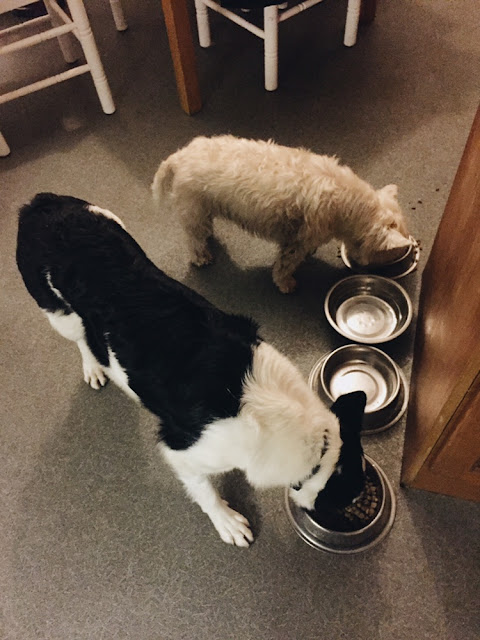 We stuffed ourselves during Christmas dinner that night - I had vegan pie, nut roast, baked potatoes, broccolli, red cabbage and roasted veggies!! SO YUMMM

We played monopoly AGAIN that night, a guess who game (where someones writes a famous person's name on a sticky note stuck on your forehead and you'd have to guess who you are with yes or not questions), guitar hero for a bit and cranium!

The next morning (Boxing Day), we had fruit for breakfast (much needed) and headed for an afternoon hike to the Monument! boy was I unfit 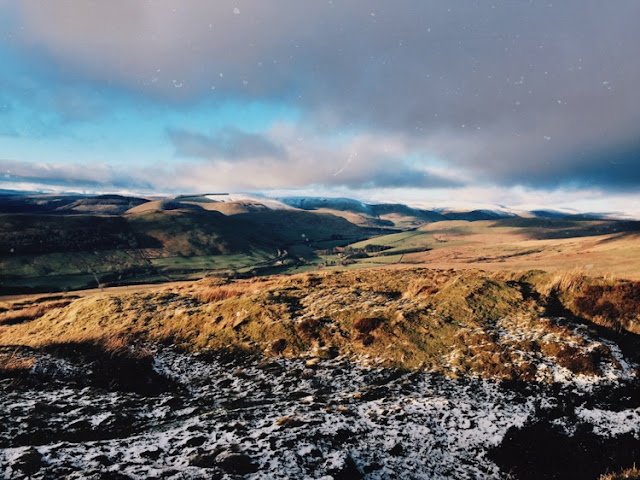 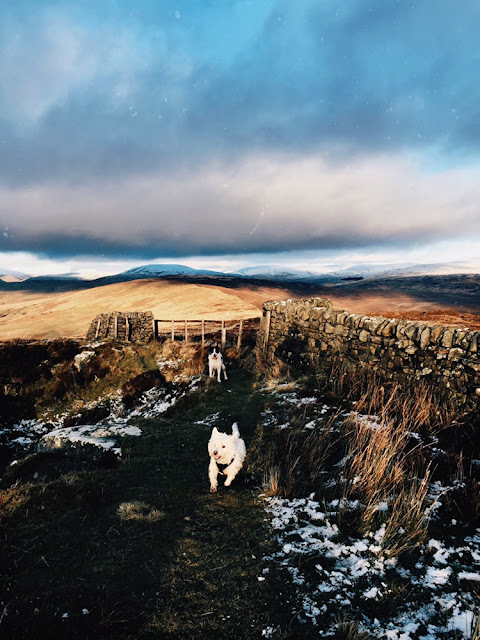 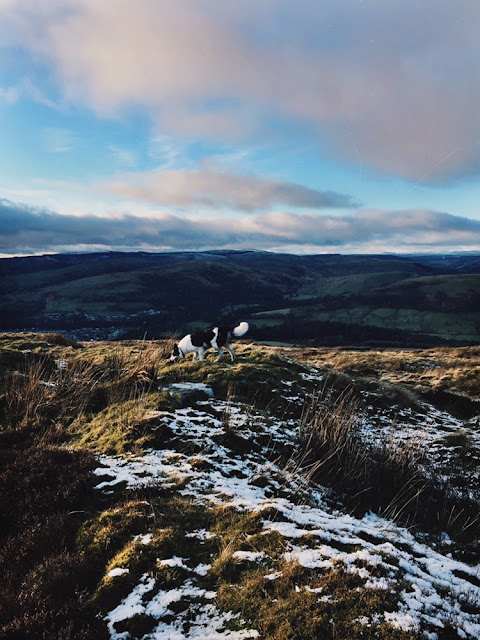 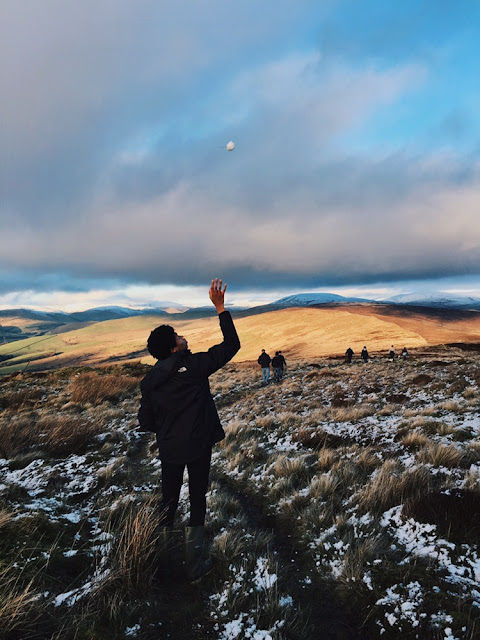 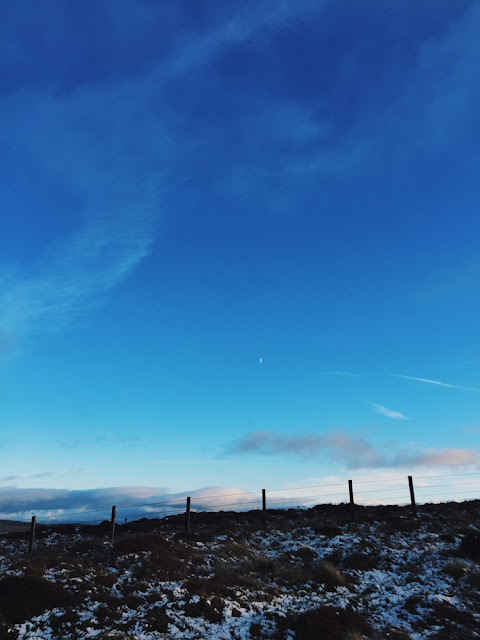 We came back, had snacks, played more guess who and monopoly.... 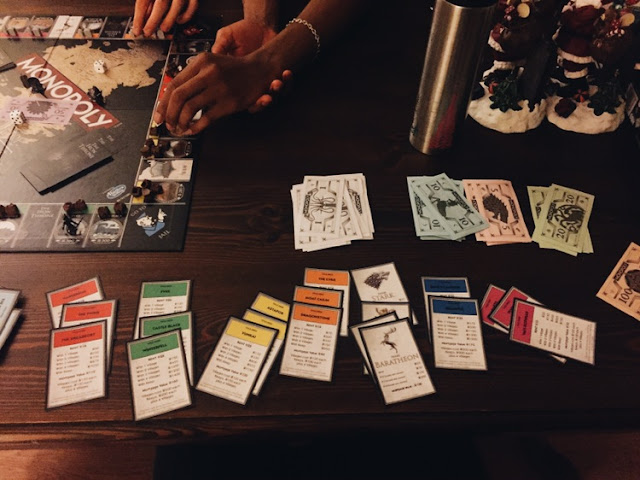 and played monopoly the entire night!!! We didn't sleep at all - we were proper addicts hahahah

I won 3 games in total woohoo!!

I took a pic of one of my victories hehe 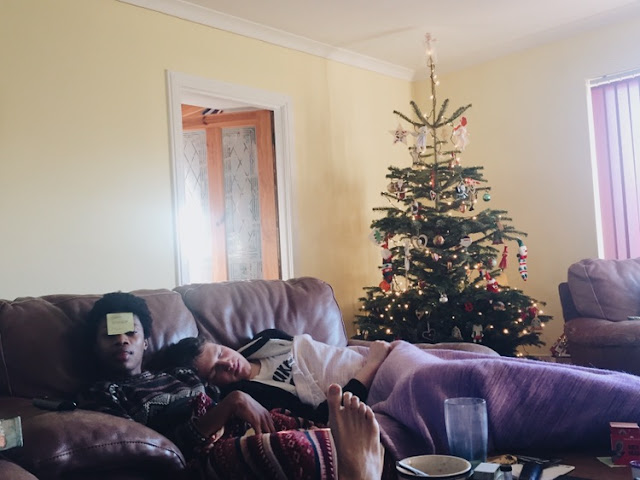 We then packed up at around 1:30 in the afternoon and went to the station and got on the 4:15pm train back to Edinburgh! Julian, Topo and I properly knocked out on the train

and then home sweet home!! 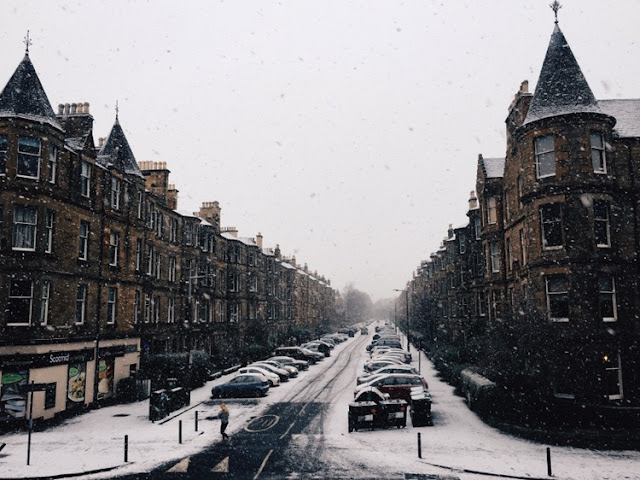 2 mornings later, it was snowing so heavily in the morning in Edinburgh!! What a magical, beautiful sight !! ❅