Went for the Colour Run on Sunday! Well I say walk because we literally ran for only 2 mins in total - we are so not lazy!! However, walking made the whole run so much longer and we complained quite a bit on how long we were taking to finish the course and even went to buy Gong Cha halfway haahah but it was still rather fun in the end , and this year we were so much cleaner than in 2013 hooooraaayyyy 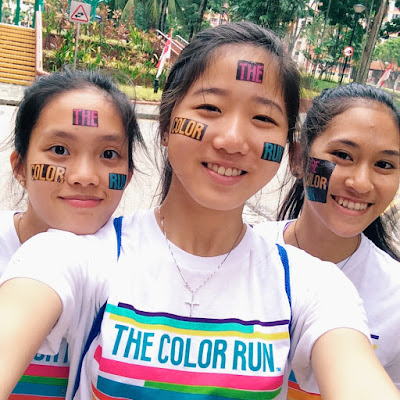 While we were still clean!! 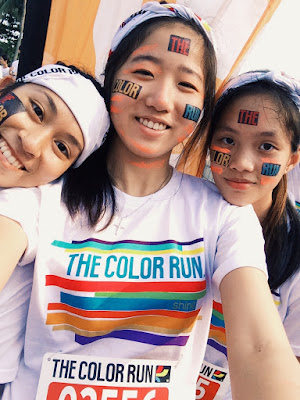 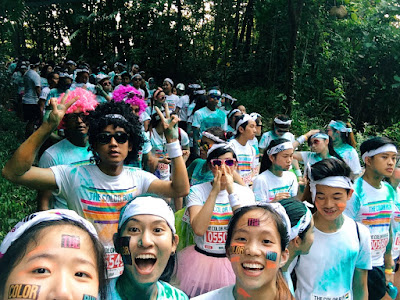 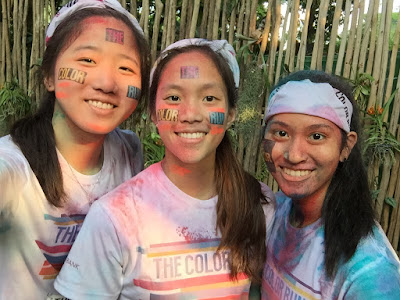 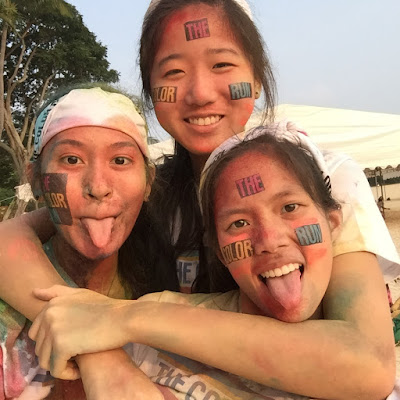 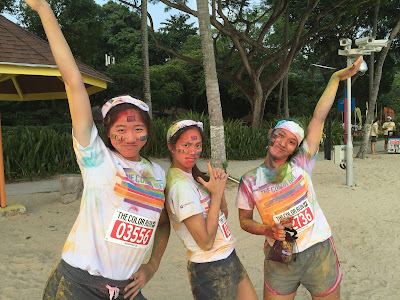 Took a pit stop at the beach 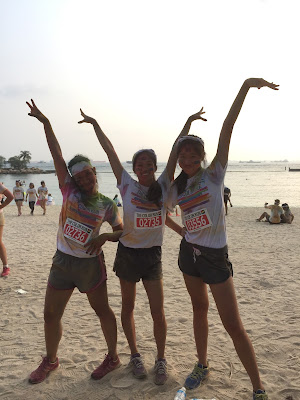 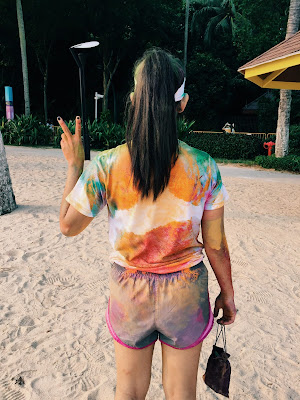 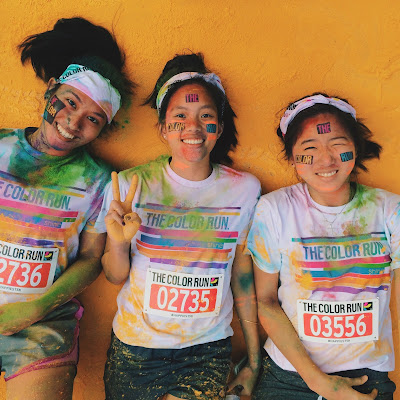 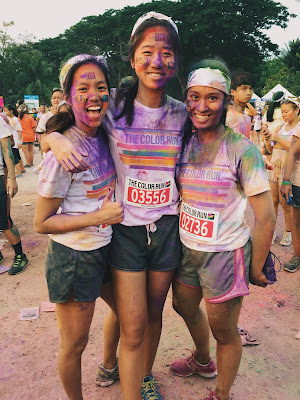 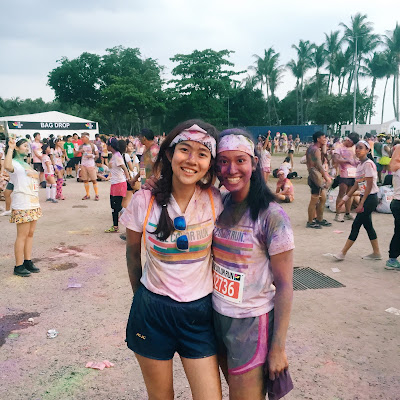 Met Rachel after the run! YAY (:

These photos are evidence of how much more coloured and dirtier we were in 2013!! We went to IKEA to eat after and everyone was staring at us hahaha 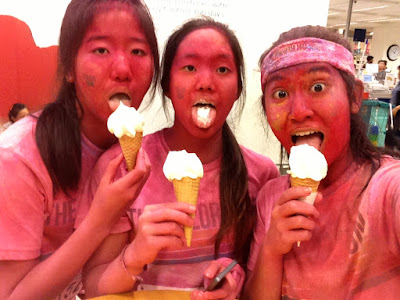 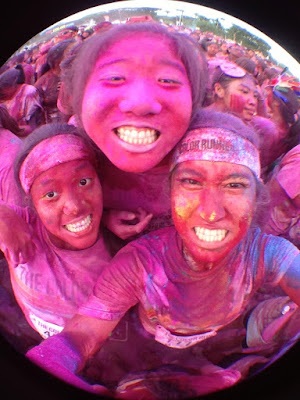 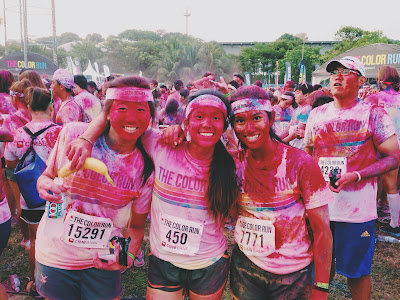 After the run we waited 1 hour for a taxi at beach station :( The queue wasn't even that long but taxis just weren't coming in but finally we got one and went to Kim's place for dinner. Well supper really because we only reached at 9pm . We had laksa steamboat which was sooo yummy and we all ate so much and was so full but it was so satisfying! and finally we went to take a shower and just chilled in Kim's room and slept. I then woke up at 5:45am to go to the airport to send Iwen off! I felt like death when I woke up cos we only slept at 1:30 the previous night but I'm still thankful that Kim lives in Simei so I could sleep more. Met Bernice at the airport too and it was nice just being all excited and talking to her about uni!

I'm so excited for everyone who's starting uni!! It's such a new and thrilling chapter in everyone's lives! The whole experience of it - making new friends, learning something that you're actually interested in and even traveling, is just so enticing (: 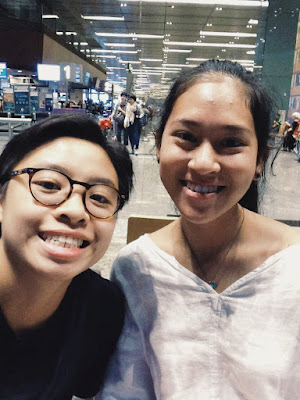 Then I went back to Kim's house to sleep more and we all woke up at 10am - which is the latest I've waken up for the past few months!! Had a yummy breakfast of a beef sandwich from last night's steamboat and then Chin Hui came to pick Kim up and conveniently could send Natalie and I home :)