Days Leading up to December

3 albums that I'm currently in love with : 25, Purpose, and Made in the A.M. I'm so happy with the sudden influx of new music after months of not updating my iTunes library and being stuck with the same songs, it's always so exciting to have new music! 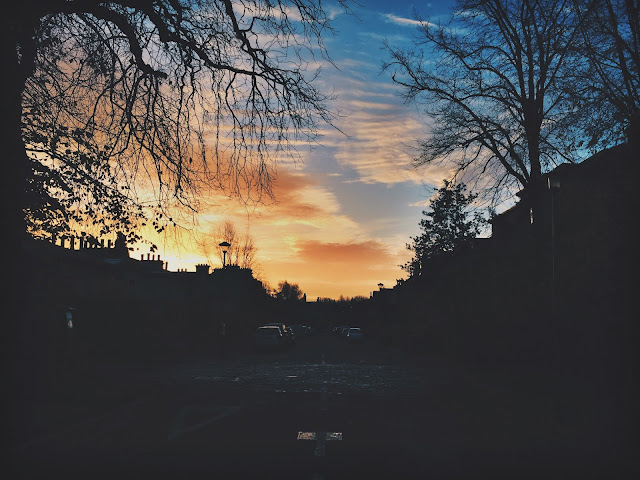 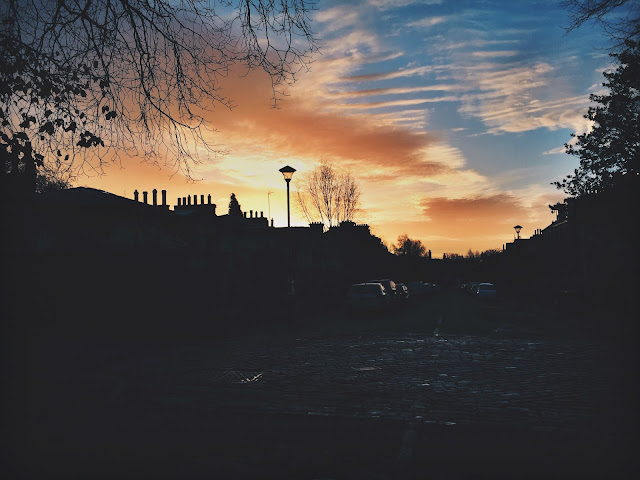 The one positive that I can draw from Daylight Savings and the sun setting earlier, is that the sun rises later which means I am awake to enjoy it! The skies are so beautiful here :')

So, I've decided to brush all that negative emotions aside and to focus on doing work, studying for exams and channeling my energy to the current friendships that I have (Thanks Bincs<3)

On Wednesday, after having Vegan spinach pie for lunch (which I was so excited for but turned out to be slightly disappointing), I decided to head to Starbucks to study! It reminded me so much of the A level days back in Singapore where I spent most of my time (and money) in Orchard Delfi Starbucks :) I ordered a Grande China Green Tips and had a rather productive afternoon! I also drank 4 cups haha which I felt was a minimum number just to make my money's worth!

On Thursday, during Earth calling (an after-school wildlife club voluntary service which I go for), we brought the kids into Craigmill Woods and we went exploring! Sara saw a deer but the kids and I didn't manage to spot it :( but I had a great time talking to the kids about movies and christmas and food ! I offered a small packet of Kettle's Salt and Vinegar chips to them as I bought it earlier to get change for the bus, and it was gone in 15 seconds and I am not exaggerating!

Friday was a really chill day and I watched She's The Man with Niamh and we always spend a good 10 minutes cracking our brains deciding on what film to watch! and after the movie, we were just talking and I can't remember how, but we came to the topic of how the fast technology has been "invading" our lives, especially for the younger generation and that we were both afraid of how we would be living like in the future at the rate of advancements in technology. We also talked about how it took 400 years for white people to treat black people as equals and the fact that gender inequality now would not even be a questionable thought in the future when equality for all would be achieved. Maybe 40 years later or even a 100, when gender equality persists in society, people would learn about history (now) and be so confused at how it was not a thing in the past just like how we look back to history now, and get angry that the black people were treated as slaves to the whites. I just cannot understand why it's taking so long to fix the world's problems!! I left Niamh's room feeling so happy because it had been long since I had such an insightful conversation with someone

Also, we've finished the syllabus for Industrial Management and that means no more lectures next week, hooray!! And that means I get to go for ballet class on Wednesday and Friday morning! I am so excited :)))) It also means I can wake up slightly later hehe 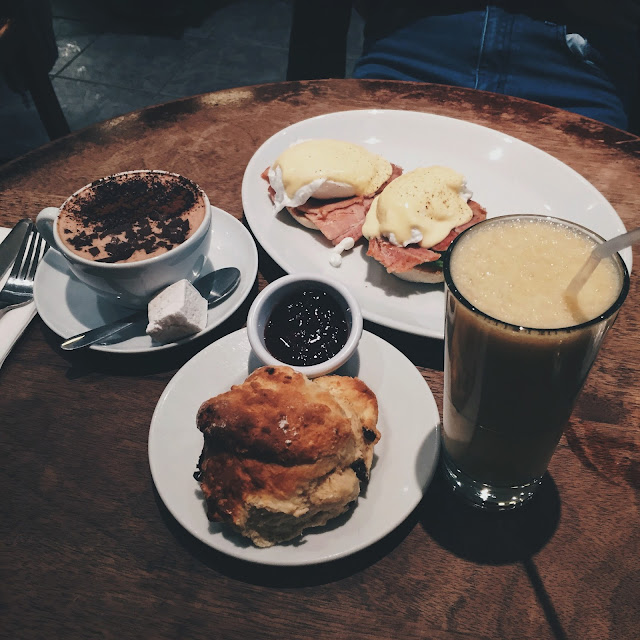 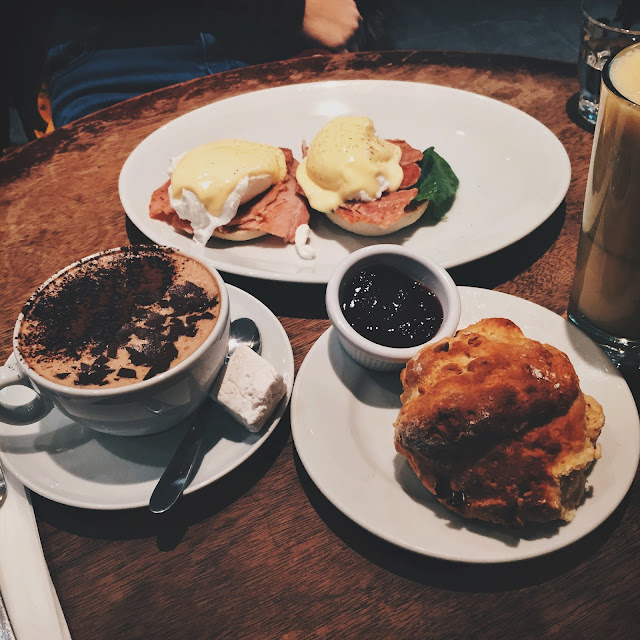 I went to Kilimanjaro coffee with Tessa today morning and the pineapple-coconut smoothie that I had was so good and refreshing! The cafe hunt has officially started - just kidding, I can't bear to be going to cafes often here though they're less pricey than most in Singapore 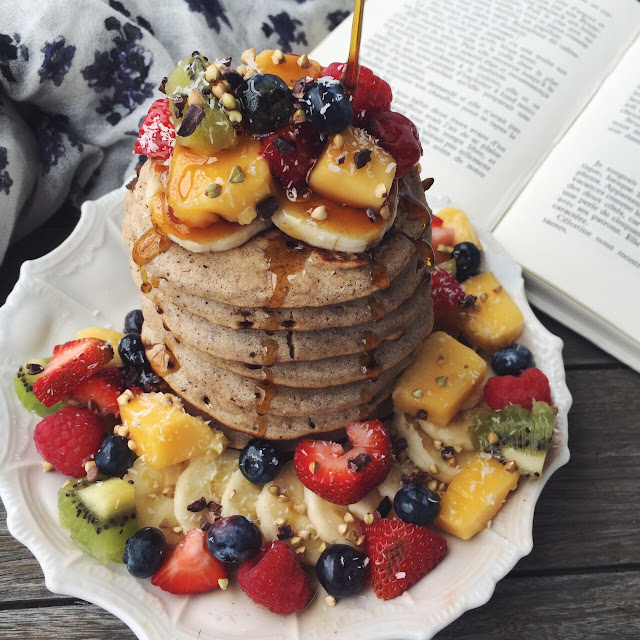 And No. This is not something that I made or ate but I got it from Tumblr and just wanted to share it because it looked too delicious! and I can't wait to be making my own yummy food when I am in London! ( Happy stomach and pretty photos here I come!)

A lot of things had gone wrong over the past 2 days - My phone is not working ( it has a mind on its own and opens apps by itself, spazzes on its own and does not respond to my fingertips ) and there is only one Apple store in the whole of Edinburgh which I can go to for help but the next appointment date is on the 4th of Dec, my watch battery has died, my phone cable is not working and my laptop charger has spoilt. I just take this situation as a test on my patience, I may document my experiences and created a documentary called "How to survive in the 21st century without your phone" or "The worst days of my life" or "How I almost died" depending on the severity of the situation. Stay tuned for more.

Its 16 days till the start of exams and I have no sense of urgency which is a little scary. I'm having a hard time getting motivated and being productive BUT I will just have to force myself to get my work done!! I also feel very guilty because I did not go to the gym today

I am going to buy myself a Vegan Advent Calendar from Holland and Barrett! and the official countdown to christmas will begin soon :)

I really cannot wait for the 21st of December.