It's Friday!!! Feeling slightly anxious and apprehensive about moving into halls tomorrow :'( I'll be sleeping alone !! But both mum and I will be sleeping alone so we're sad together hahah but at the same time I'm really excited to see how my uni looks like

Any way, I really like Edinburgh so far! It's not like London which I had expected, but I like it nonetheless. It's quite a small city because we seem to be ending up in the same places despite feeling like we've been walking for miles in different directions! The people here are really friendly and we've experience excellent service in all restaurants/cafés that we've dined in, and on top of that the weather is soooooo enjoyable right now which makes it 10 times better!

Since mum and I arrived on Wed, we've been shopping, ( I've yet to find a nice coat, but I just went onto the Urban outfitters and found some really nice ones YAY and I'll try to drag mummy with me if not I'll just go down myself to get it hehe ) explored different places by just walking into random streets, had super good vegan food and today we've been to the castle!

I absolutely love the streets here - the cobbled pathways and buildings built of stone and all the nice little cafes where people sit outdoors (: 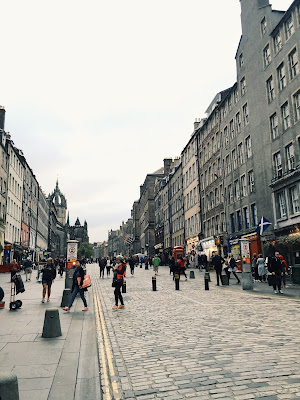 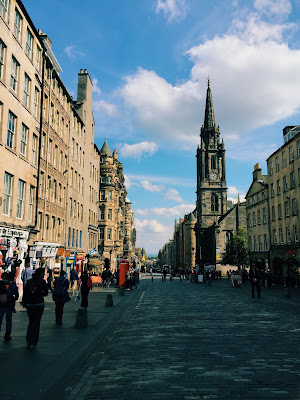 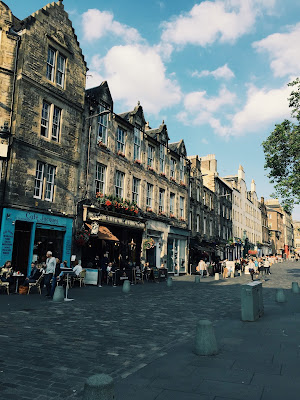 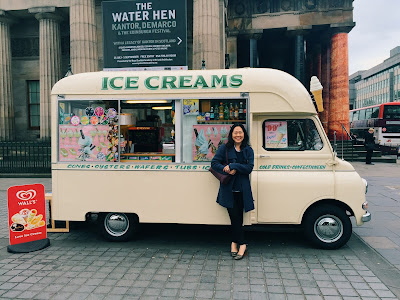 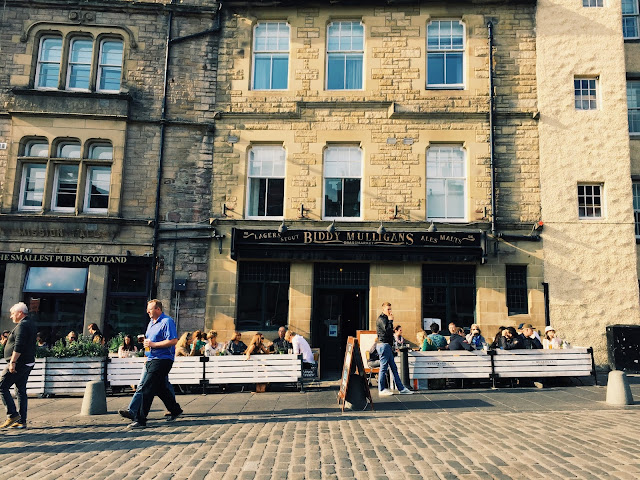 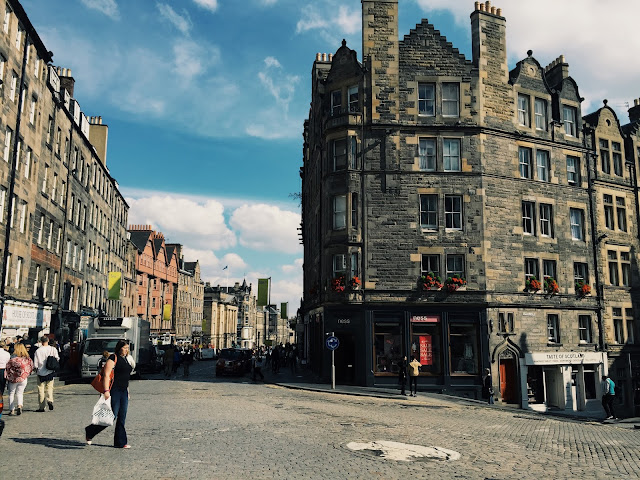 I've found my favourite cafe for vegan food! It's called Hula's and I'm even thinking about working here hehe. They have vegan desserts! Which is a total plus because it's quite hard to find vegan desserts when there's milk and egg in most of them :( 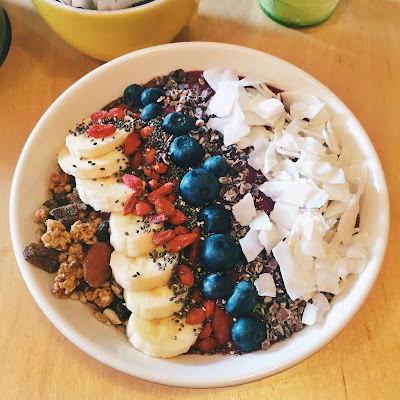 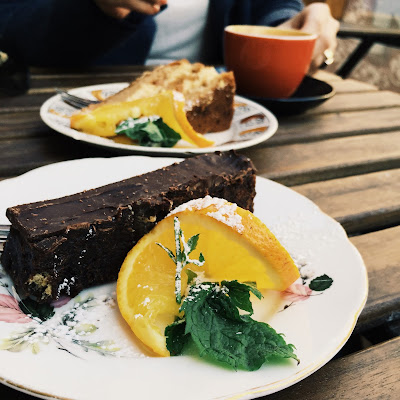 Double Chocolate something which was VEGAN how amazing?? 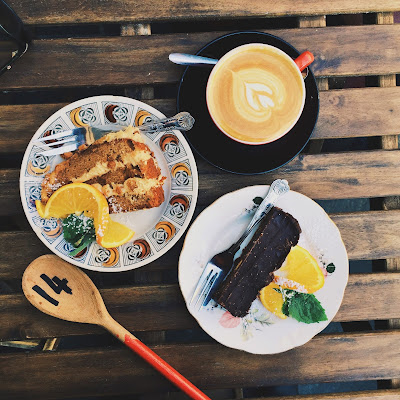 Mum had a Toffee cake which according to her tasted really good! 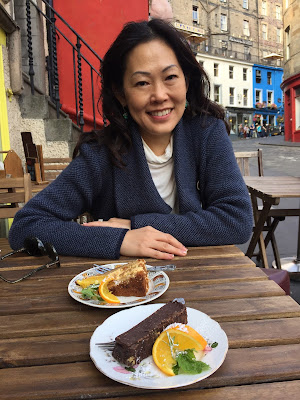 Mum and I had tapas for dinner one night! And for some strange reason I ordered an Olive dish?? And I don't even like olives so I don't know what was going on inside my head... but the smoked aubergine with bell peppers, onions and courgettes were really yummy! 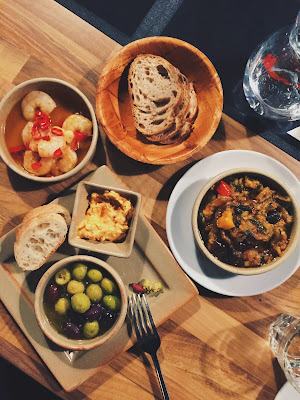 This post is rather foody... but everyone likes looking at food pics. Right? Well, I hope HA

After visiting the Edinburgh castle, Mum and I headed to David Bann for lunch! It was a vegetarian restaurant (w vegan options) and the food was AMAZING. Definitely coming here for more! It was so good mum decided to steal the menu 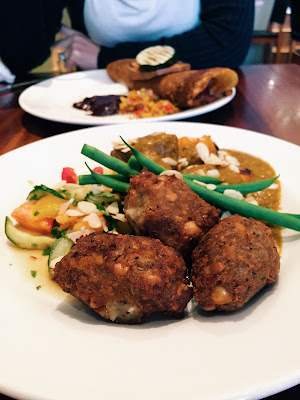 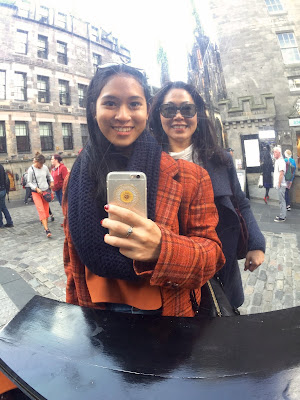 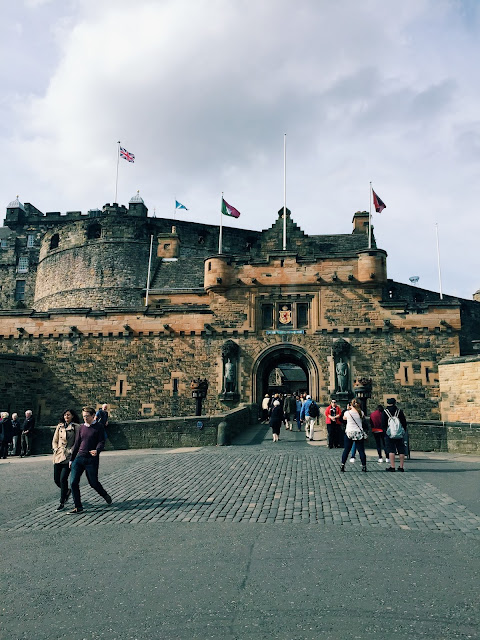 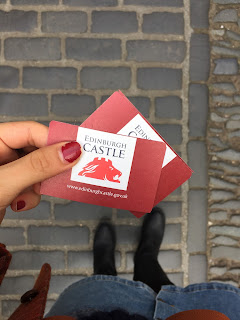 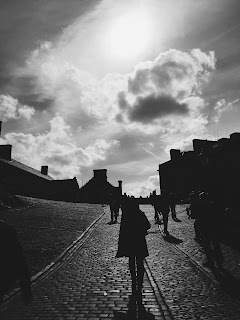 To be honest, I wasn't really thrilled to visit the castle and I think because of my mood, I didn't enjoy it as much as I would have. So from this experience I would say the castle was really boring?? It was still gorgeous and grand but just not really exciting . But I think if I went in with a more positive mindset I would view it differently! Till next time then :) 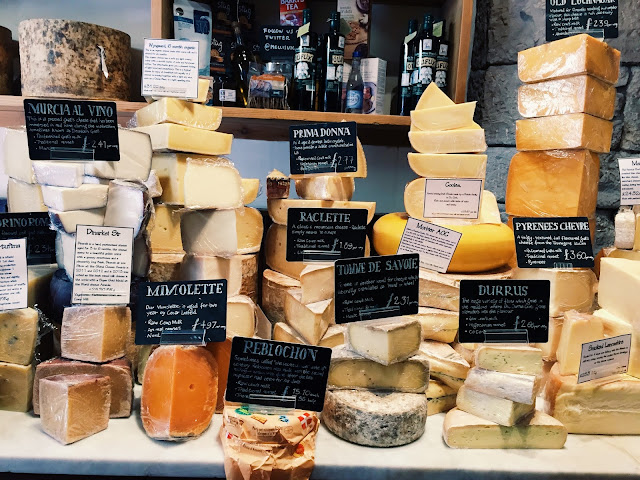 So along the street West Bow, there are so many dainty cafes and shops which were so inviting and mum and I found ourselves going into almost all of them! We entered a cheese shop with a huge array of different cheeses! I miss cheese :(((( There was also a really nice stationary shop which was super Pinterest-y and they had these beautiful marbled notebooks with the golden caligraphy font which I was so tempted to buy!! but they were £8.50 which was not worth it sigh :(

Its currently 6:48pm and I'm just chilling in the hotel room with a huge cuppa tea and mum is watching all the election videos. We're both really lazy to go out for dinner and I've also realised that I haven't done any exercise since Monday!! GASP. Though we walk everywhere here and have only taken a cab once from the airport to the hotel, that doesn't really count as exercise. But I have found a dance school so YAY but seriously feeling like a potato without exercise sobs :'(