Mon : Met up with Claire and JX for brunch at Curious Palette! Had a lovely morning with them just catching up and I realised I haven't met up with them in a longggg time so I'm glad we did (: 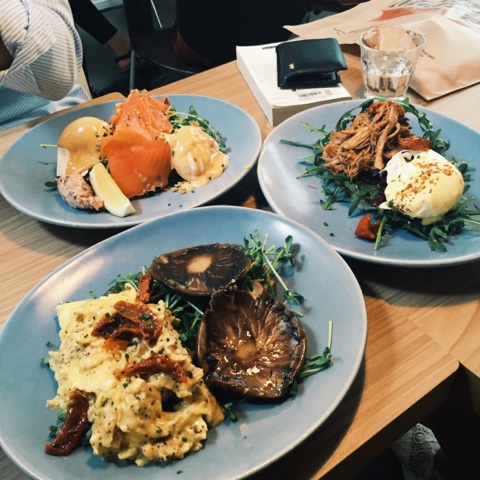 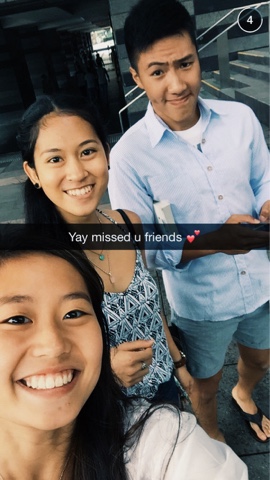 After that I went for a mani with Justina and then we headed to the gym , then we went to esplanade to support Windson in his outdoor performance of Singapore musical songs ☺️ 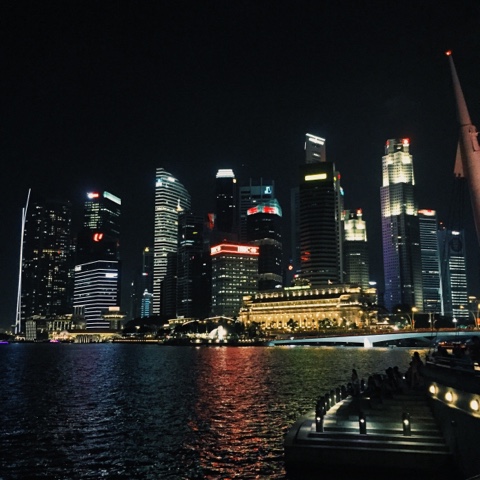 Singapore is so beautiful :')

Tues : Had tea with Aunty Eena, Nadia and Natalie and mum at Marmalade Pantry in ion. It was so worth it? $38 for 2 which is really so affordable! Plus the food was great (: I tried the Smore's cupcake which was part of the tea but it sounded much more promising than it tasted :( 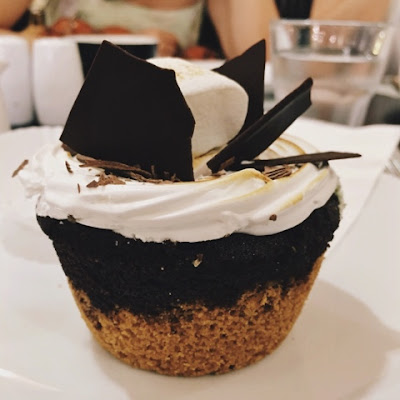 but anyway, so Natalie is in her final year in the University of Edinburgh so I was asking her so many questions on starting school - how was it like and if she enjoyed it and stuff and talking about it with her just made me even more excited about going there! But till now it still hasn't really hit me that I'm actually going there to study but I guess it'll only feel like reality when I'm actually there. After tea I headed to the gym then home for dinner! 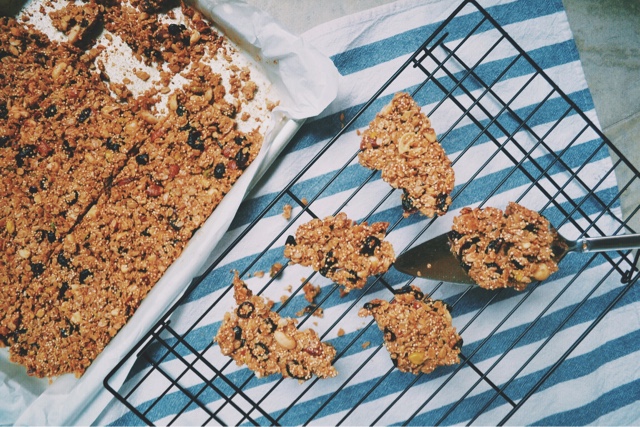 Baked breakfast bars to go! And they turned out so well☺️

Thurs : Helped mum take pictures of her school children in the morning which I enjoyed a lot more than expected (: they were all so cute and kept posing for the camera! Then went to watch Mission impossible for the 2nd time w Boris and of course we sneaked in food hahaha I had a salad and sushi and he had sushi and kettle chips! There were 3 super annoying females in front of us that kept talking, laughing and screaming during the movie OMG COULDN'T TAKE IT . 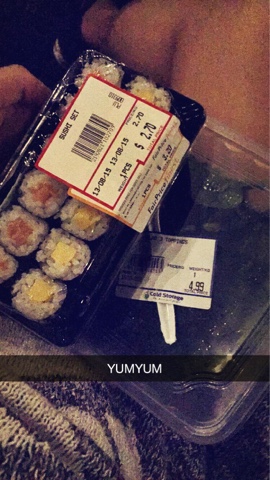 Fri : Had a homemade smoothie bowl which was deeeeelicious‼️ 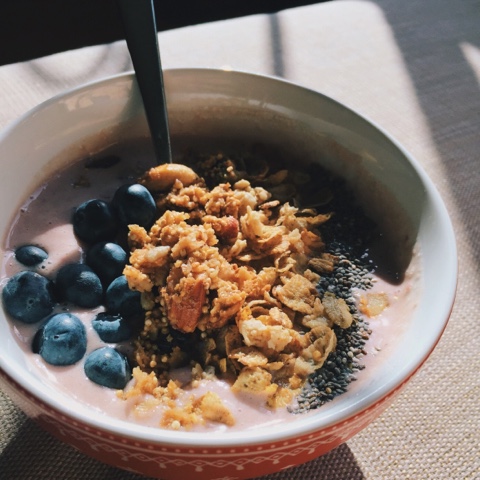 Then met up with Nat, Wen and Bern at Park Bench Deli which just opened and I had the quinoa salad which was really really yummy! Then we headed to Teppei and I shared the Barachirashi with Nat and it was soooo yummy👅 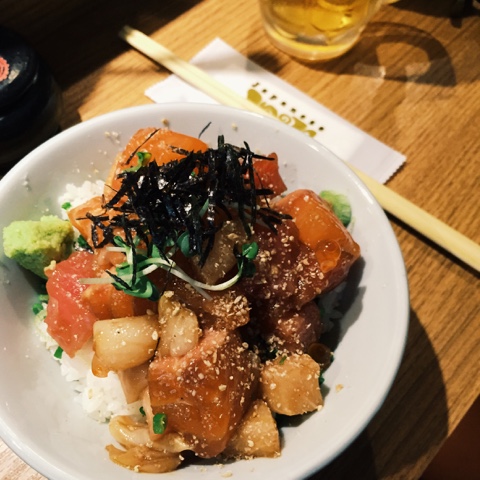 Then I headed to town to watch Fantastic 4 with Jie, Bron and Ben! And honestly it was the best movie ever‼️🙌  totally being sarcastic, but It was so bad it was quite funny actually . Sometimes I wonder with such bad movies like this, doesn't the director see that it's bad?? Or the actors and actresses even? With the months of shooting do they not feel that they're not putting up good material? Idk man hahah. With that aside, had such a great time with Bron and Ben as usual!! 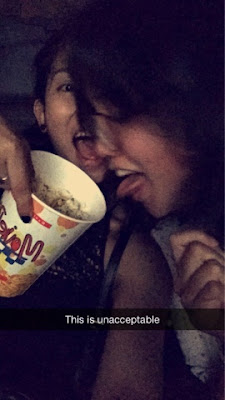 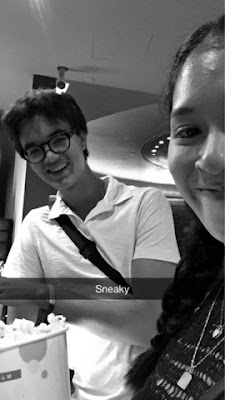 Sat : Banana and avocado smoothie for breakfast which was super yummy! It was made out of half an avocado, a bit of Greek yoghurt, a frozen banana and coconut water, then I just added a teaspoon of chia seeds on top. Then I had the other half of the avocado smashed up onto a rye cracker and Tanjong Ru pau! 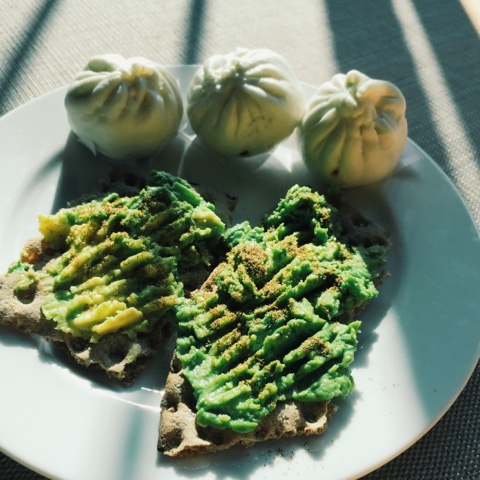 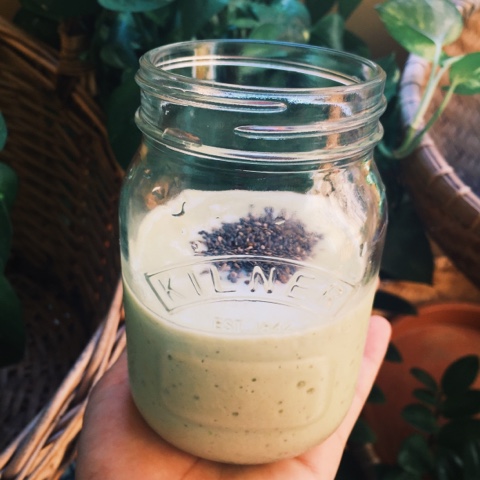 Then I went to the gym and then ballet and then chilled at bux reading my book while waiting for Kim and Zhongwei. We then went to collect our colour run packages YAY SO EXCITED FOR IT🎉 Then had Marutama for dinner and honestly they have the best ramen and their egg is to die for😱 we tried Milk & Honey( @ City Square Mall) after it was pretty good! I prefer it to llaollao and the price was reasonable too. There's just this sense of satisfaction that comes from trying new food that's super yummy and worth the price!! & it makes me so happy😌 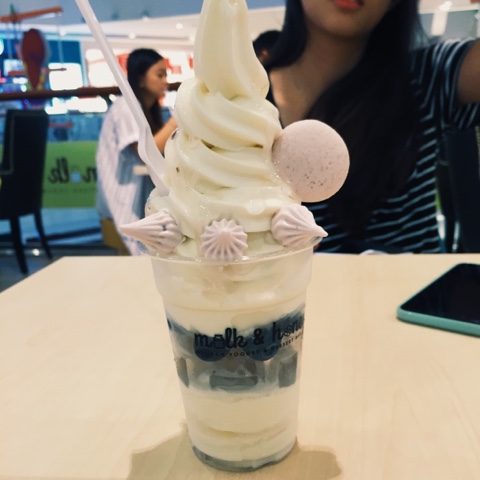 Shared the Lilac Dream which was filled with lavender flavoured stuff (: 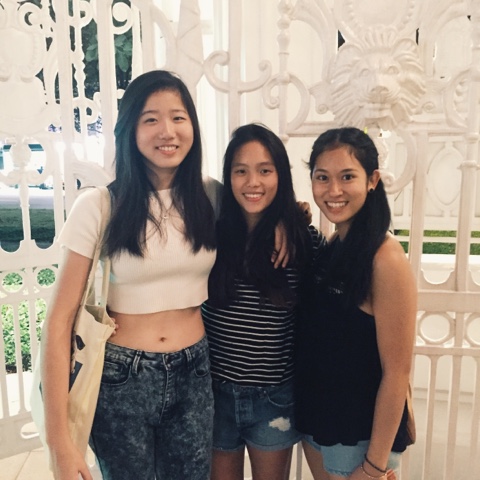