It's Been a While

You know sometimes when you get up from a nap and you can't decide if you were more tired before or after the nap? Yeah, that's me right now

This week has been the craziest week and I can only blame myself for the guilt that I carry after submitting one of the most poorly written essays in my history of essay writing. Basically, we were given more than a month to write an essay and I most stubbornly chose to do it the Friday before the deadline (the following week). Though I did hand it in on time, I don't feel a sense of relief/satisfaction because I had done such a horrible job and never ever do I want to feel like this ever again.

Note to self : Please get your shit together and get working early.

Exams in a month = start revising now. I MEAN IT. NOW

Now moving on to a more positive vibe, I'm just gonna share the little happy things that happened over the past 2 weeks :) 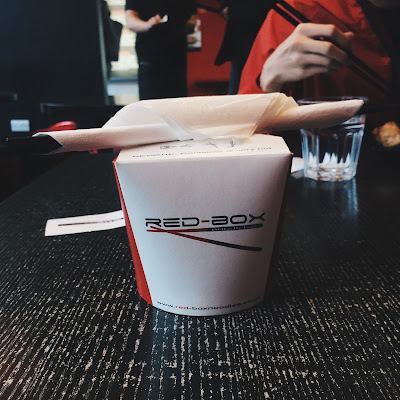 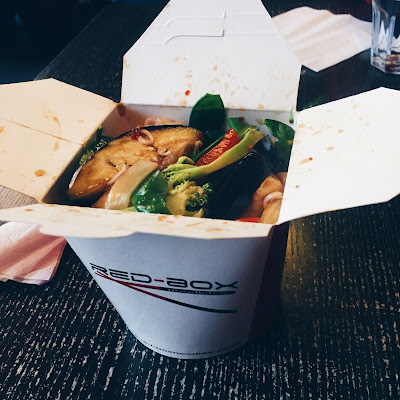 Haven't had Chinese noodles in a long time and this was so delicious! and it was my first time eating noodles out of the box which I thought was pretty cool just like in the movies hehe It was also my first hot meal for lunch since I've been at uni! Sounds pretty sad but don't worry (if anyone is worrying even haha) I have been eating lunch just that they're all cold like a salad/carrots with hummus dip/avocado on rye

Every Wednesday has become an "eating nice food out" day!! 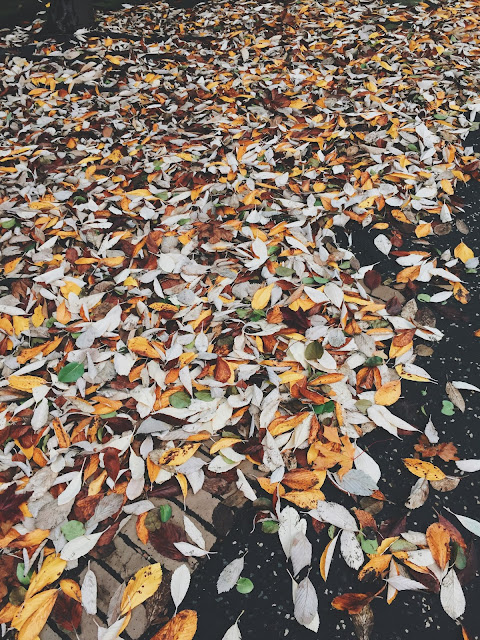 I found the contrast in the leaves really pretty :) 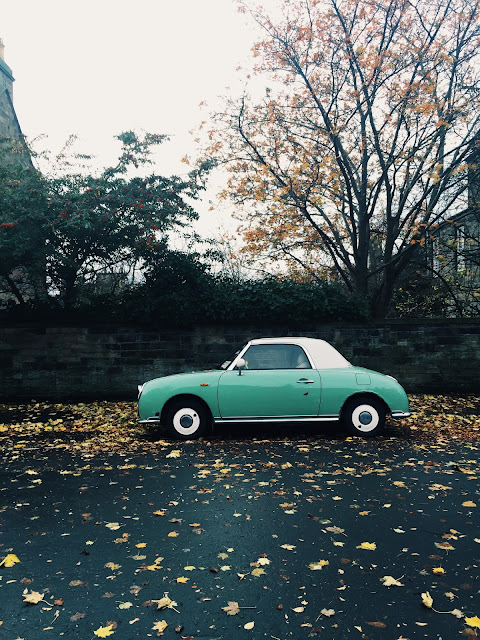 Saw this cute car on the way to school :) 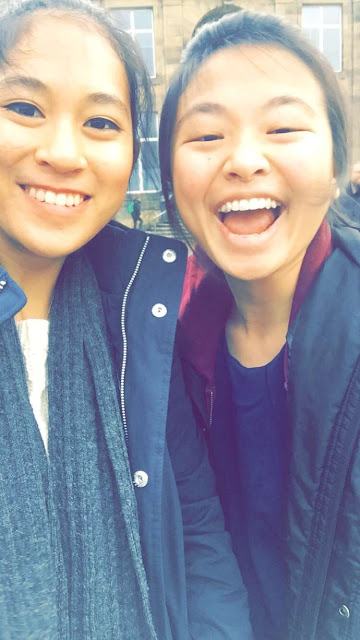 Beverly!! We started playing red car yellow car on the way to Kings on mon/wed/fri where basically if you see a red/yellow car passing, you call it out! and competition has been pretty intense because for some strange reason, the occurrence of yellow cars here is very rare which makes it super exciting when one of us spots one! 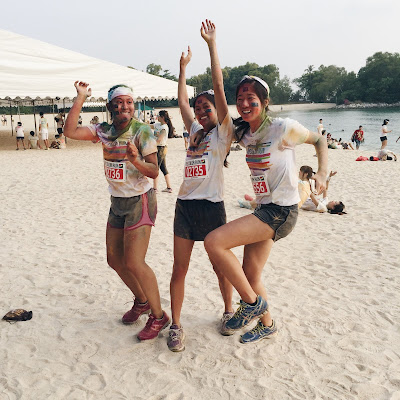 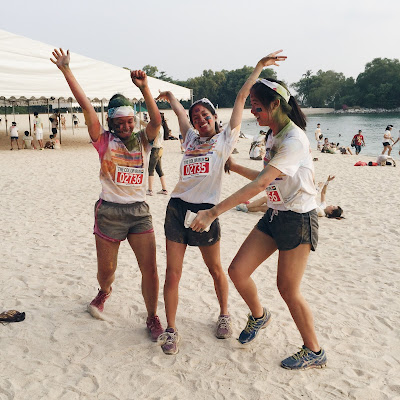 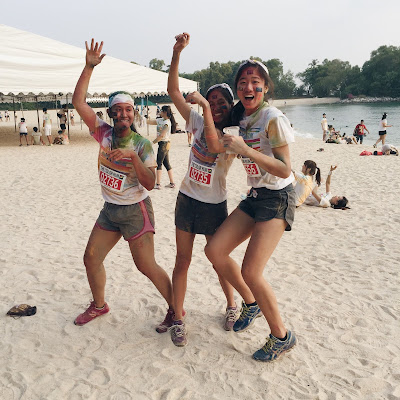 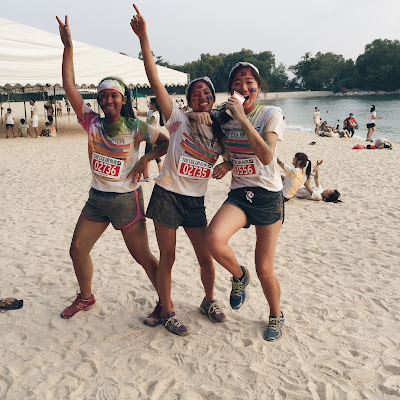 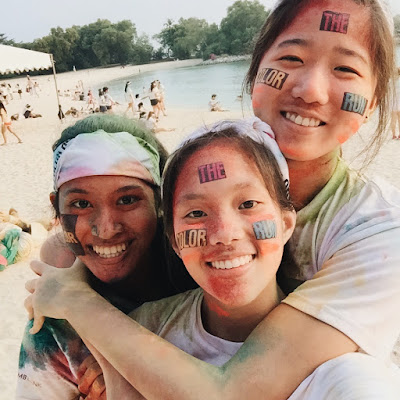 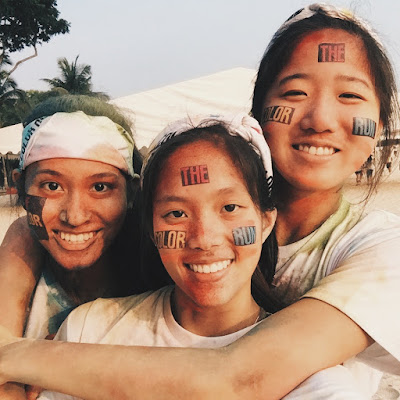 Kim's birthday was on the 9th so here are just some photos of us from the colour run :) We all managed to skype that day which was sooo nice !! 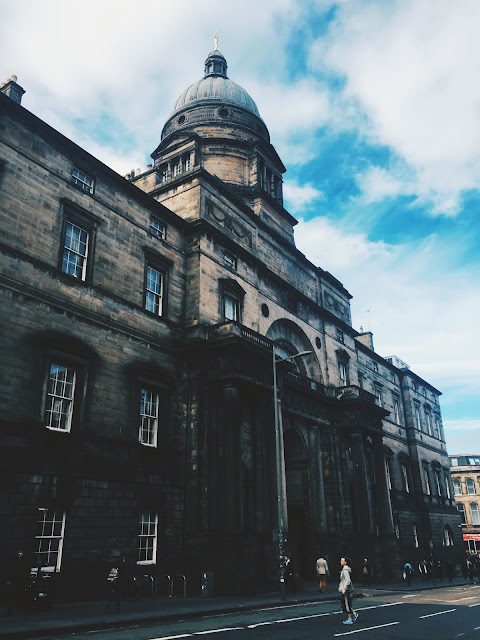 Look how beautiful the Old College is :') I wish I had lessons here, hopefully next sem or next year! (cross fingers)

I've also just booked my train tickets to London for Christmas and New Years which I'm really looking forward to! I bought the rail card which made the train tickets way cheaper, I got a round trip for £52 when it would've been £82 without the card :) I'm staying with a family friend and they're vegetarian! I'm going to be having a vegetarian christmas! YAYY and I'm glad I don't have to be a burden being vegan if they felt like they were obliged to cook something special just for me

Also when my rail card got mailed over, there was a promotion for a company called Graze where they basically send you healthy snacks on a weekly basis! and I chose the protein box and the first one was free so I'm excited to try it out when it arrives!

I'm also going to see Lawson in concert next Wednesday!! So excited!!

Hope everyone in Singapore is doing well and to the uni kids, all the best for your upcoming exams!! (my sister ends her exams one month earlier than I do sighpie :( ) I miss the sun back home so much because the weather here has been horrible lately with rain and wind - a lethal combination. But I'm thankful that it's not humid and of course the weather would be beautiful otherwise if not for the rain and wind!