It's the 1st of November.

( On October 3rd he asked me what day it was, "It's October 3rd" - this scene just popped into my head for some reason and if you get the reference, congratulations)

That's crazy!! Sunlight is peaking through my curtain and it's a beautiful day outside ! I think I might paint something today but I haven't decided what yet. I planned to go to the gym this morning but I'm having irregular bowel movements (aka having to go to the toilet like 5 times in an hour) and it sucks :(((( I have 2 essays due on the 9th this month and I'm only done with half of one and I haven't started at all on my other one - yikes. But I will try my best to finish one today!! Examination schedules have just been released and my last one ends on the 21st of Dec?!?! How late is that!! But I've found others who end equally late so at least I don't have to watch other friends leave for their holiday plans alone! 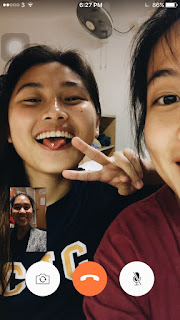 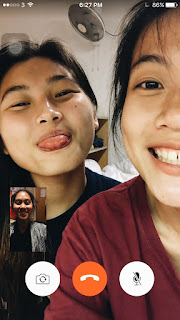 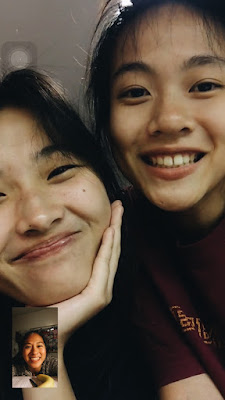 FaceTimed Bincs and Rachel!! Who are the most hilarious room mates ever and I'm so glad you 2 get along so well <3 Made me so extremely happy being able to see them and hear their voices!!

(Bianca are you happy now heheh) 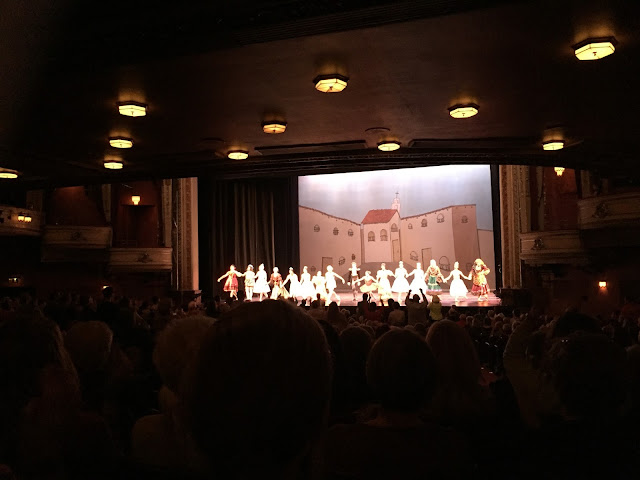 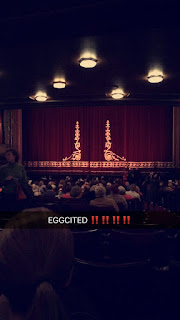 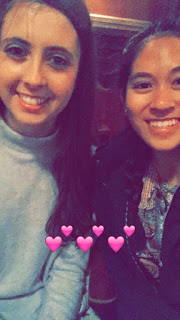 Erin and I watched Les Ballets Trockadero De Monte Carlo - which is basically men in tutus! There were 3 parts to the performance where they did the sections of ballets like Swan Lake, Les Corsaire and Don Quixote, and in each section they did a parody of it and it was so comedic!! But I was seriously amazed by the ability of the male dancers to go en pointe and dance equally well as female dancers? and one of them was even as flexible, if not more flexible than some female dancers! We got such great student tickets at only £21 and they were the level 1 stall tickets ! 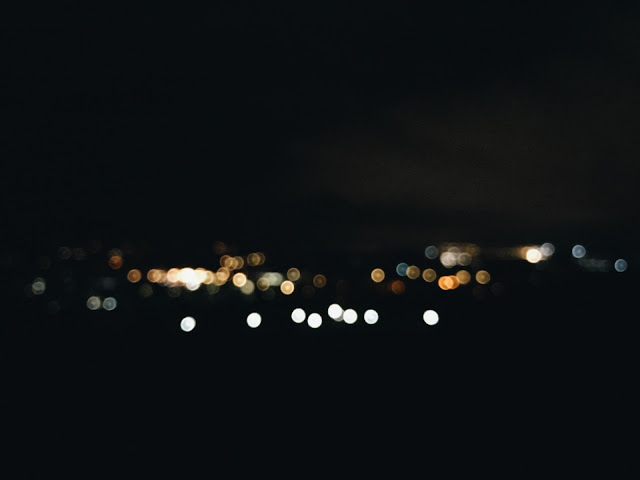 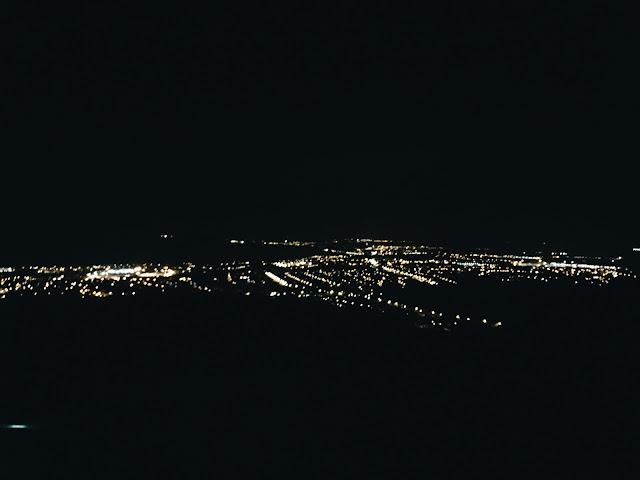 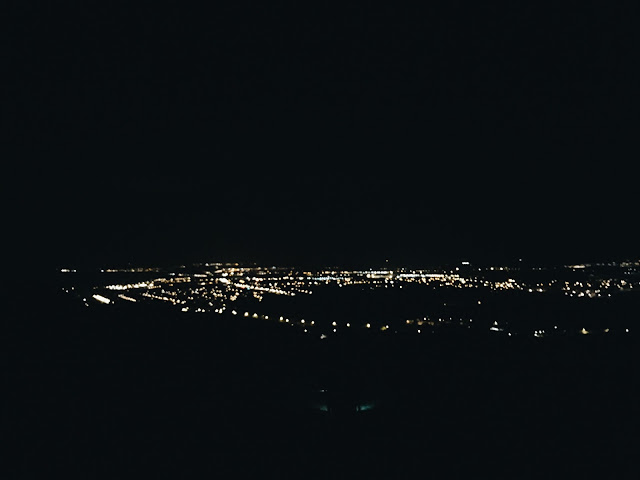 13 of us (Sgp ppl) climbed Arthur's seat at 1:30am to watch the meteor showers

I can never describe what happened that night well enough for people to kinda get an idea what we saw and experienced but it was definitely a night to remember! (or morning...)

I contemplated going up Arthur's seat when I woke up at 1:15 after a short nap because I could literally hear the wind howling from my room, but I put on as many warm layers as I could and went ahead with the plan anyway. It was not as dark as I imagined it to be because the city lights were reflected on the slopes of the hill ! It felt like I was walking into a picture on the cover of a Nat Geo magazine - the sky was littered with stars!! It was amazing.

20 minutes into climbing up, we were greeted by insane winds (when it was already 9 degrees) and it was really a near death experience because the wind could easily push us off the hill - it was that strong. The wind also blew sand and dirt from the ground into our coat pockets and worse, into our eyes and I spent a painful 10 minutes trying to clear my eyeballs of dirt, NOT FUN AT ALL

After finding a good spot to settle down, all 13 of us snuggled up and lay in the grass waiting for the spectacular event! Stargazing alone would have been amazing enough but I am so thankful and lucky to have been able to see 15 stars shoot across the sky!! Just thinking back now makes me so happy that I did it and also amazed that I made it out alive 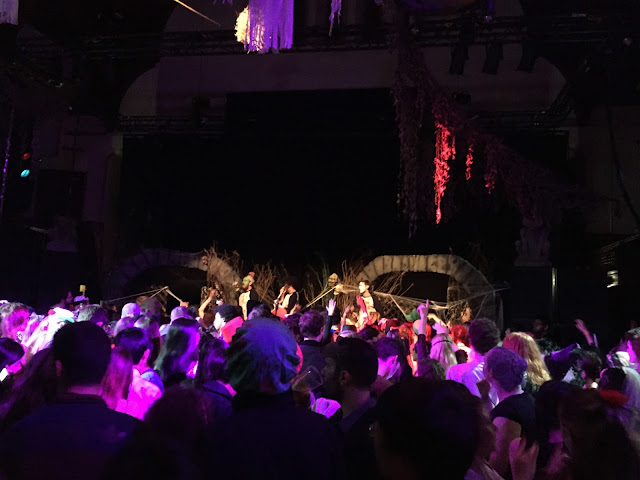 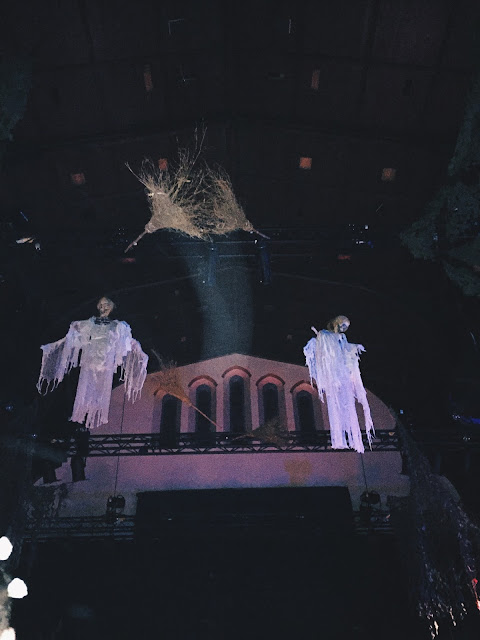 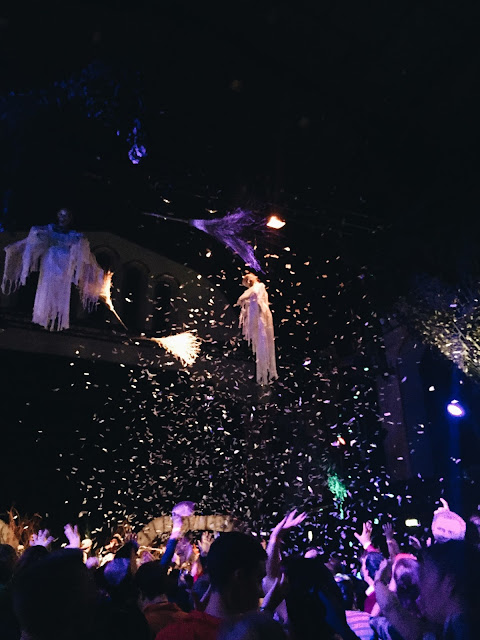 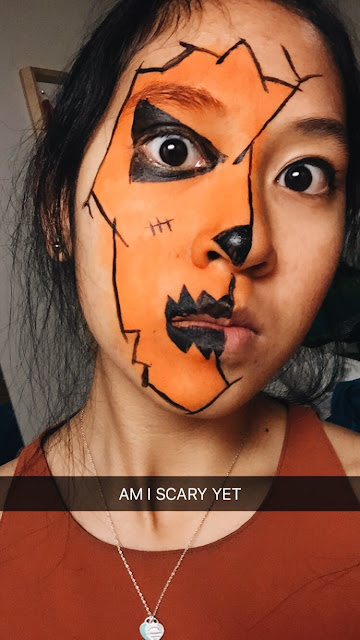 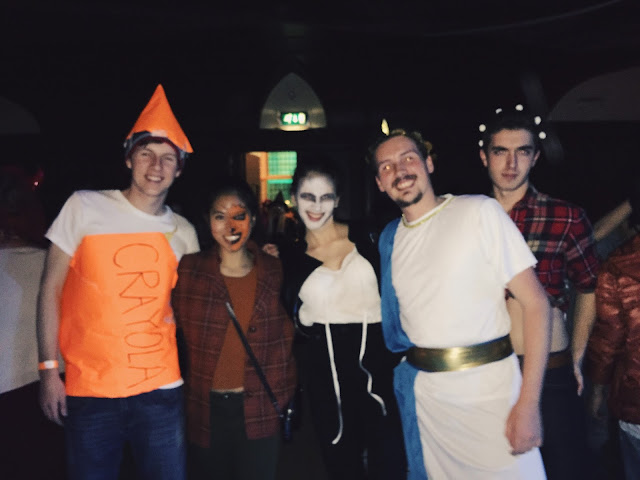 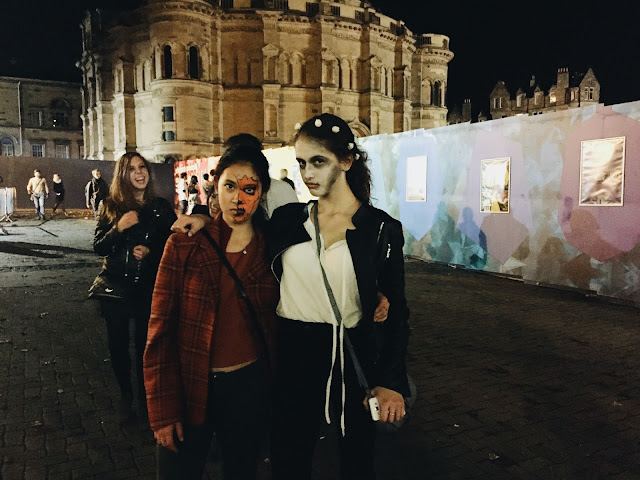 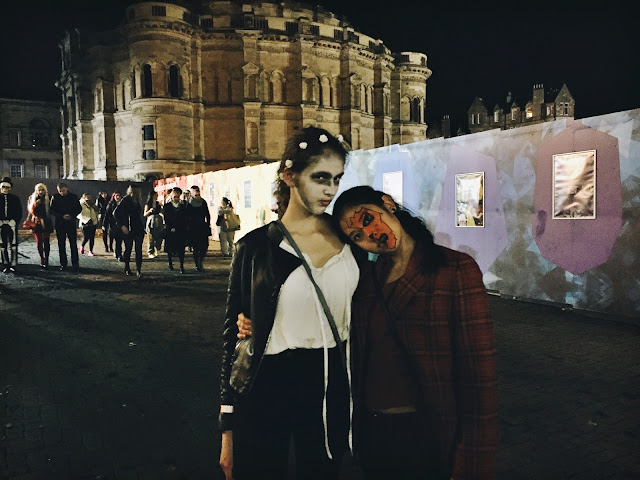 Happy Halloween!! We went to Teviot for a halloween party which they advertised as having a haunted house but there didn't seem to be one which was really disappointing (unless I missed it because I didn't know where it was??) If anyone is guessing what I painted my face as, I call it the "pumpkin with an identity crisis" look because my intention was to be a pumpkin but I evidently do not look like one. I also used eyeliner to draw on my face which I thought was quite genius haha and surprisingly, removing all that off my face was easier than expected!

Today will be a designated essay day and I'm hoping I'm gonna be productive and get most of it done! I hope that November would be an amazing month for everyone!