Before the new semester started in January, Topo and I headed down to London for a wee trip!

Topo had already been in London 2 days before I arrived as he had a VISA appointment. So, when I arrived, we met at Kings Cross and headed to our air bnb together. We then had lunch at Eat Tokyo and then parted ways as I went to meet Tessa and Sophia to watch Hamilton! I had been listening to the sound track the whole train ride to London from Edinburgh and it was the first time I properly listened to all the lyrics and it was the perfect time to do so because the lyrics were still fresh and inspiring in my head which made me so much more excited for the musical.

The next day, I went for ballet in the morning and then met Topo for lunch at the Temple of Seitan! 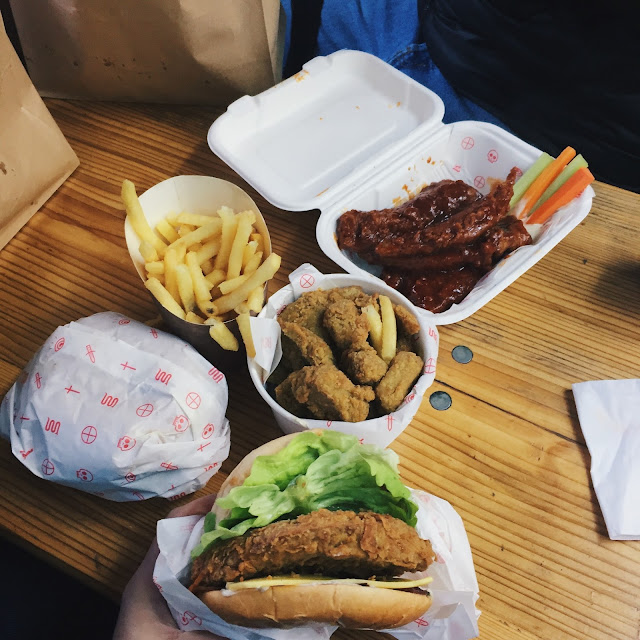 It's a vegan junk food place and the food was out of this world! We shared the vegan buffalo wings, popcorn chicken and had a burger each and we were absolutely stuffed by the end of the meal. 100% recommend this to non-vegans as well!!

With full exploding bellies, we headed to the National Gallery at Trafalgar square and met Ottis, Topo's primary school friend who's studying at Imperial College London. It was lovely meeting Ottis and he is wealth of knowledge (just like Topo☺) and the whole afternoon/evening were filled with conversations about politics, economics, religion, sociology (a little bit of music which didn't last long) - I felt so inspired but also incompetent at the end of it because it made me realise how little I knew. Topo and I didn't even have dinner that day because we were still incredibly stuffed from lunch!

The next day, Topo and I headed to Hyde Park to cycle - one thing that we'd wanted to do for a long time!! We stopped at huge cafe in the park and finally tried this incredible sencha tea that Topo had been raving about ('the best tea I've ever had' he says) and it was so fragrant!! I love little moments like this :')) 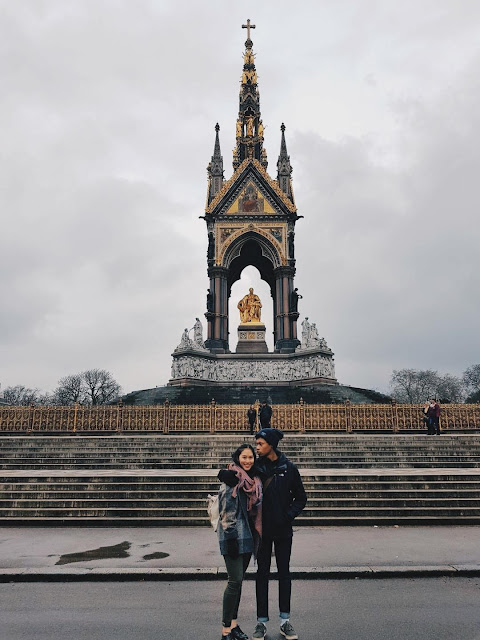 After a lovely morning cycle, we walked to Whole Foods on high street Kensington for lunch 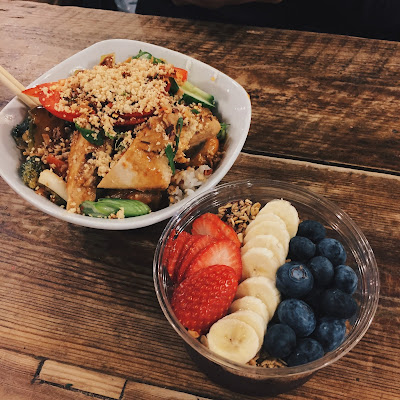 I had an acai bowl and Topo had a mixed veg bowl which only cost £6! You picked your choice of carb, 2 veggies, 1 protein and a sauce! 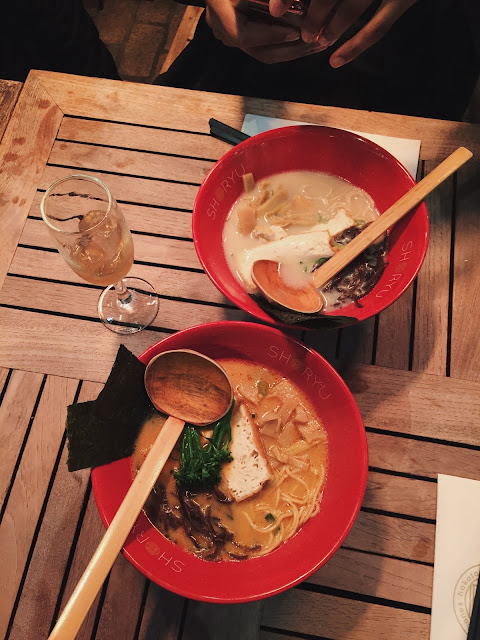 We then walked to Shoryu Ramen in Kingly Court for dinner - they added another vegan ramen to the menu and it was sooooo yummy! I thought the original White Ramen was good but this spicy one was so much better!! Topo was not feeling well by dinner time and so we just headed home after dinner

The next day, Topo was full on feeling ill :'( I went for ballet in the morning, grabbed lunch to go for the both of us from Whole Foods and headed back to the air bnb. I was really sour about the situation because in my mind, I had plans that we'd be doing something exciting rather than just chilling in the room. It took me a really long time to come to terms with the situation and from then, try to make the best of the situation. It's something I definitely need to improve on because I'm the kind of person who always likes to be doing things on holidays and I create all these expectations in my head and when things do not go to plan, I take a very long time to become ok with it. That's never good for me and even more so for the person I am travelling with because sometimes it's not something that we could have controlled - like Topo getting sick.

and so, after a few hours of being sour, we talked about it and then we spent the rest of the day reading and watching documentaries in the room and looking back at it now, it was still an enjoyable day and definitely a learning experience :)

The next day, I went for ballet again in the morning and then met Topo and Ottis at Brick Lane market 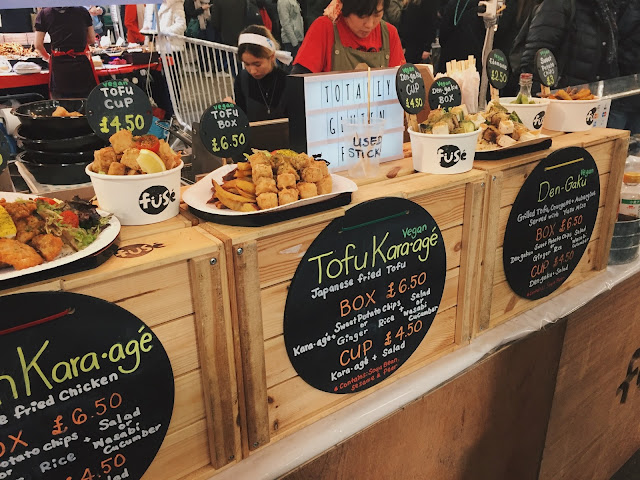 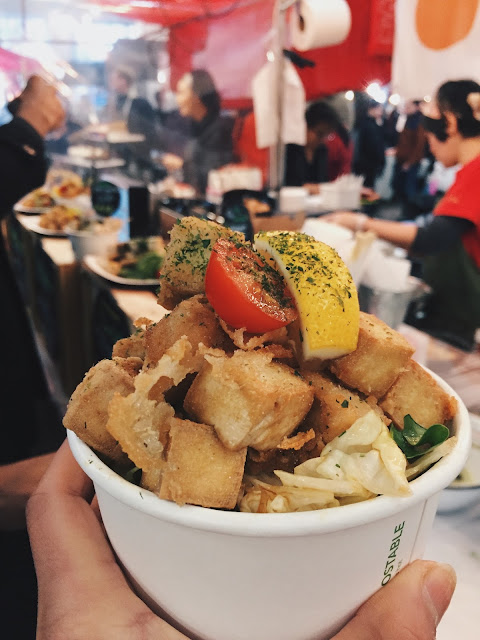 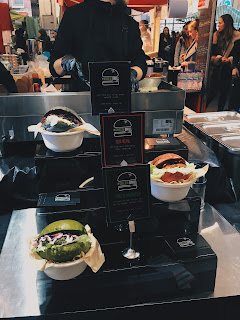 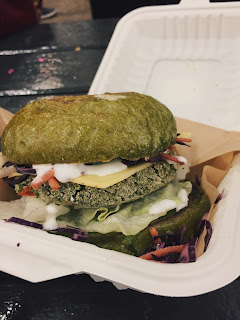 We then had vegan burgers - I had the Green Monster made of sun dried tomatoes, broccoli, spinach, peas, red bell peppers and onions and Topo had the Red Devil made of sweet potatoes, red kidney beans, onions and coriander. We both added vegan cheese to our burgers and they were so hearty and yummy! 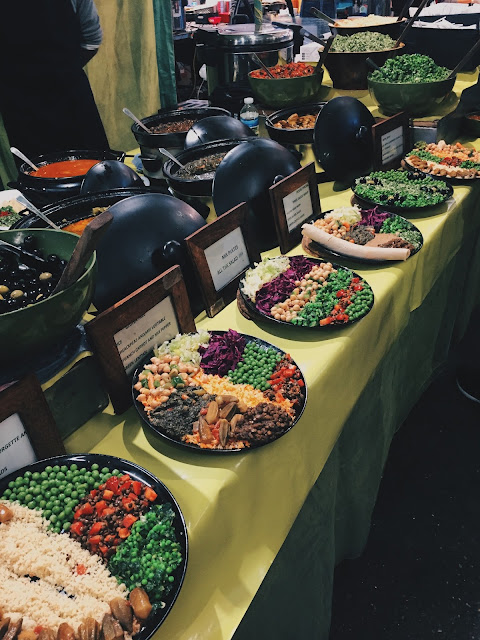 This was an Ethiopian food stand and I've tried their food before in Spitalfields market and yes it's delicious and really healthy but my fav part is their presentation! 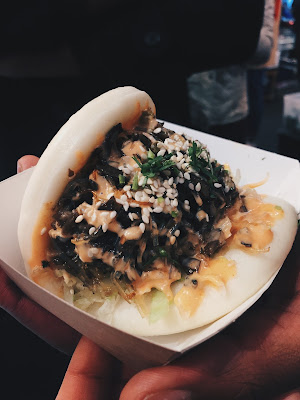 Topo then tried this korean bun after we walked around for a bit and I had a bite and it was pretty good! 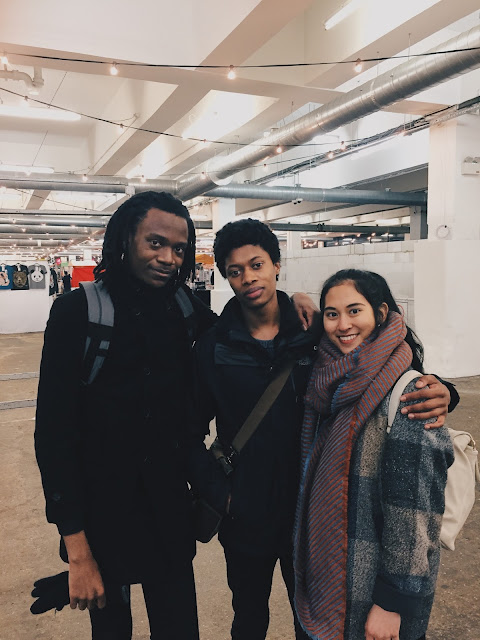 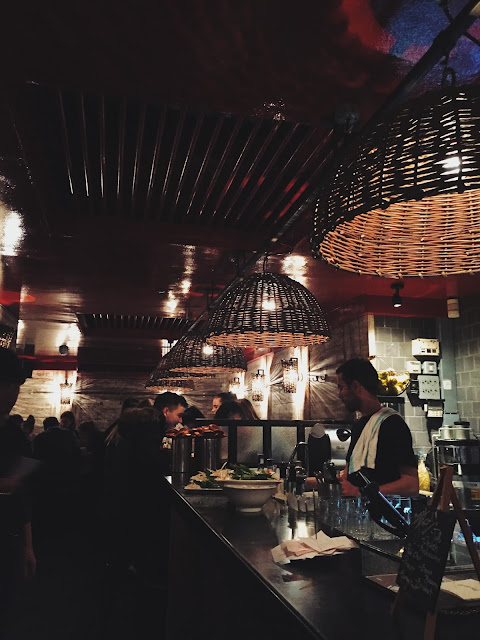 We then took a bus to Soho and went to Pho pho dinner :) (hehe) 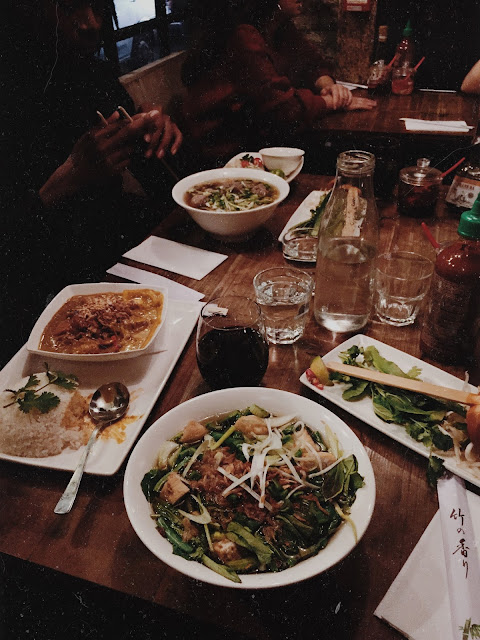 Food was sooo delicious! One of the most flavoursome vegan pho I've had!

On the way home that evening, I had suggested that we head to Camden market in the morning since it was close to our air bnb. Again, I had all these expectations of trying amazing vegan food at the market, which then led me to disappointments and being sour when I realised that we had to check out at 10am and Topo felt like we'd already done enough in London and so he wasn't keen on Camden market. I became disappointed again but it definitely did not take me as long to accept the situation and be ok with it. It still does take me time to manage my expectations but I shall not give up trying to become better at it!

The next morning, Topo and I had a slow morning packing our bags and relaxing. We then took the bus to Mildred's at Kings Cross and grabbed lunch to go from a salad place that we passed by on the way to Mildred's. 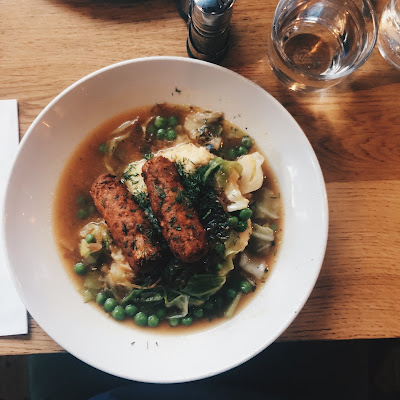 I had these homemade vegan sausages on a bed of mash, vegetables and peas drowned in a delicious onion-y sauce and it was so yum!! We sat there for a really long time playing categories and chatting till it was time for us to head to the station 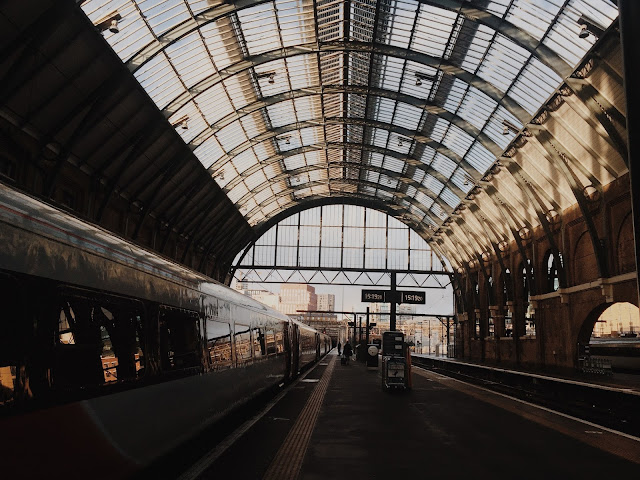 You can't see it at all but there was a beautiful rainbow right in the middle of the sky when I took this picture :') 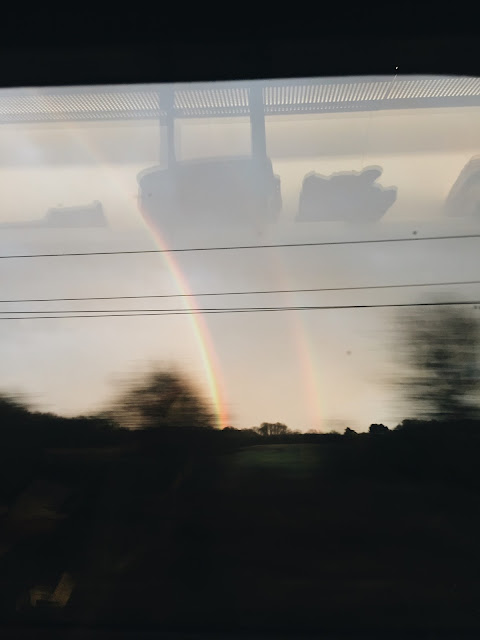 We saw a double rainbow on the way back to Edinburgh!!

I really hope we'll come back to London in the future to explore more of what it has to offer. This trip was packed with amazing food, lovely conversations, art, ballet and importantly, a learning experience for me to manage my expectations!