I caught the Lunar Eclipse!! A couple of us woke up at 2 in the morning and walked to the meadows where we were joined by another 100 people ( I was pleasantly surprised by the number of people who were willing to sacrifice sleep and warmth for this! ) and everyone was just anticipating the special moment where we'd experience the "blood moon". I took this photo through a telescope brought by the astrology society and whilst I was attempting the shot, one of the members of the society kept saying "You're never gonna get that shot, it's almost impossible" and that made me even more determined that I was going to get the shot - and I did!! :) 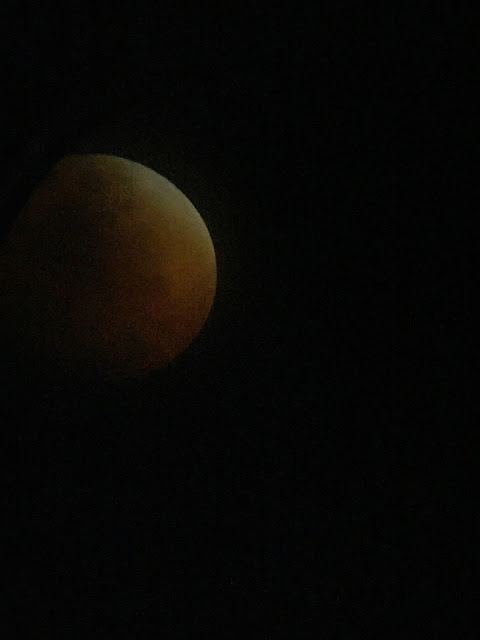 Marina baked a plum, fig, ginger and lemon vegan tart and brought a slice for me during Muay Thai on Tuesday! It was delicious and also a perfect treat after class! :) It was so sweet of her to offer me a slice, I was so touched :') 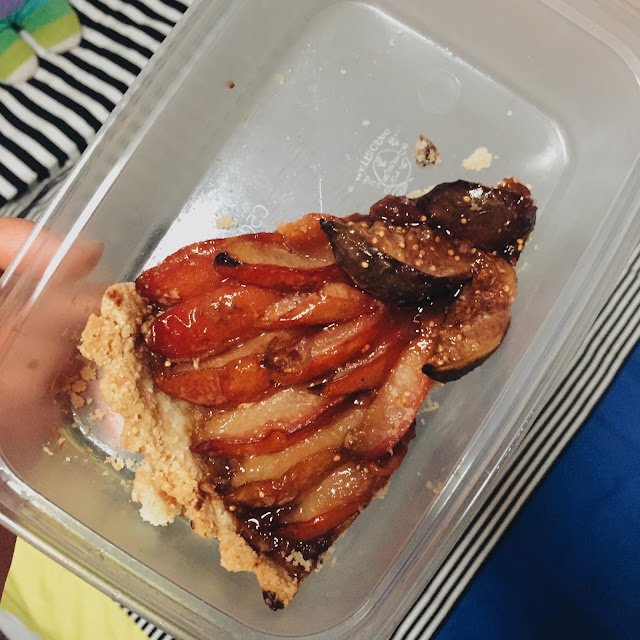 On the way to Princes street after school to get a phone contract, I passed by Sainsbury's and went to the "reduced-to-go" section and grabbed the mangoes the minute I saw them! I love mangoes and I really miss fresh fruits that are not provided in the cafeteria :( 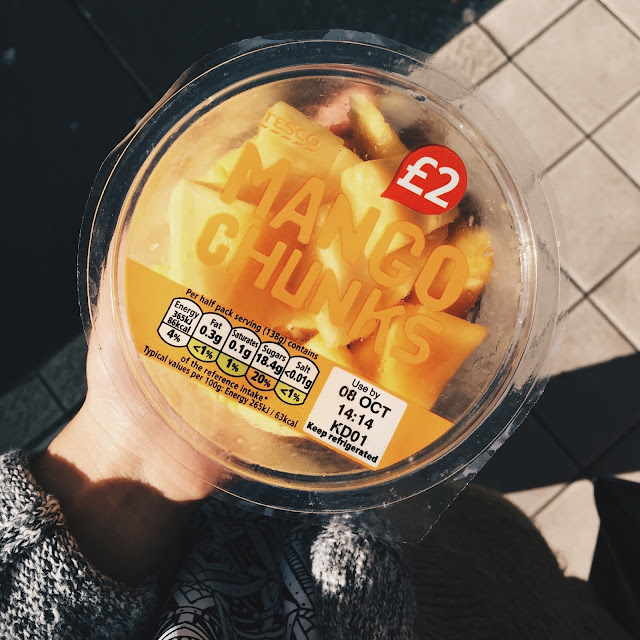 One thing that I find unique to Edinburgh is that even in the city, you get a beautiful balance of the view of natural landscapes and the grand architecture of buildings! 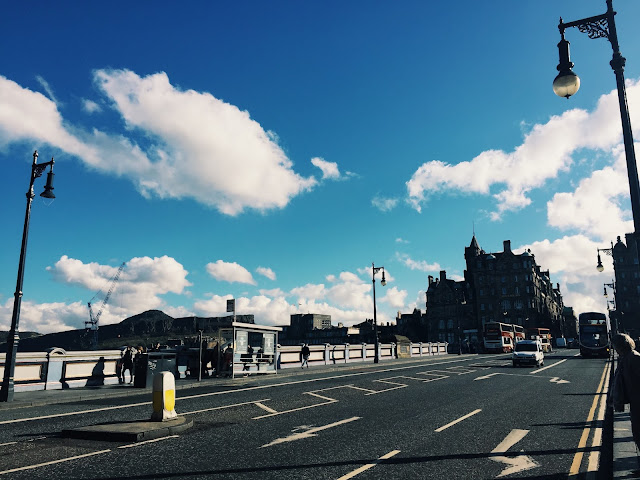 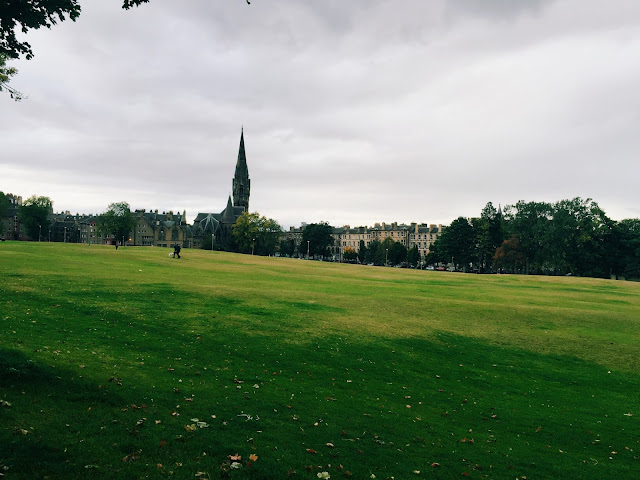 This is my first time experiencing fall and I am so incredibly excited for it!! Though it means stronger winds and lower temperatures, I can't wait for all the trees to turn to different shades of red,orange, yellow and brown! 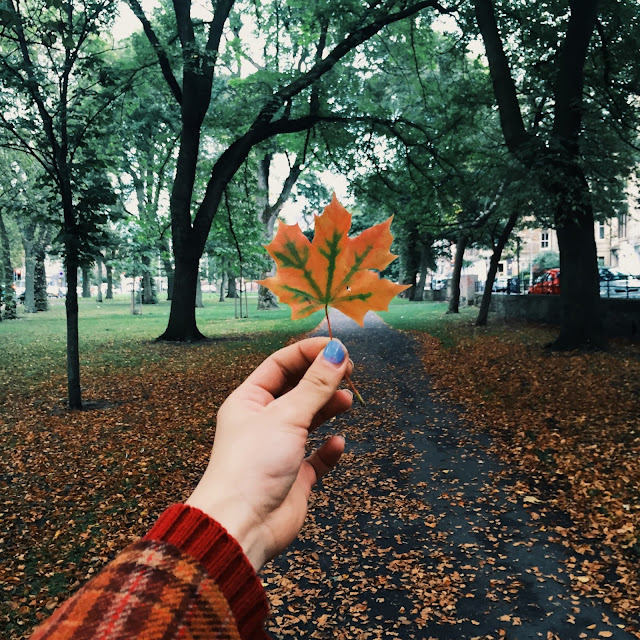 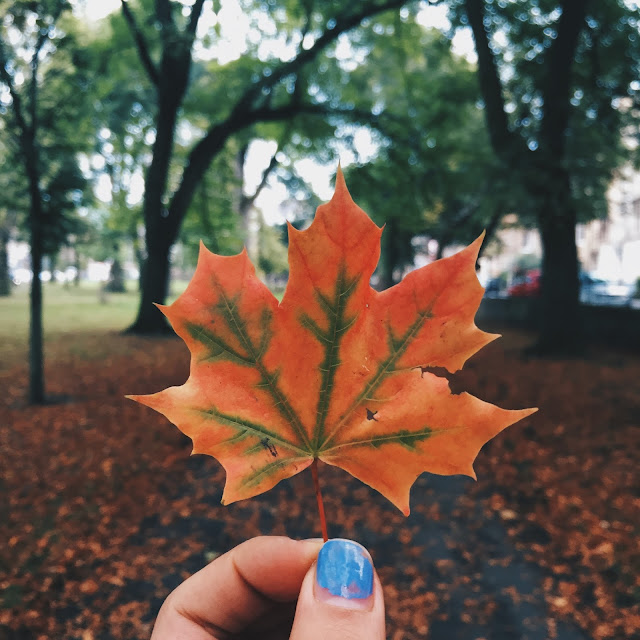 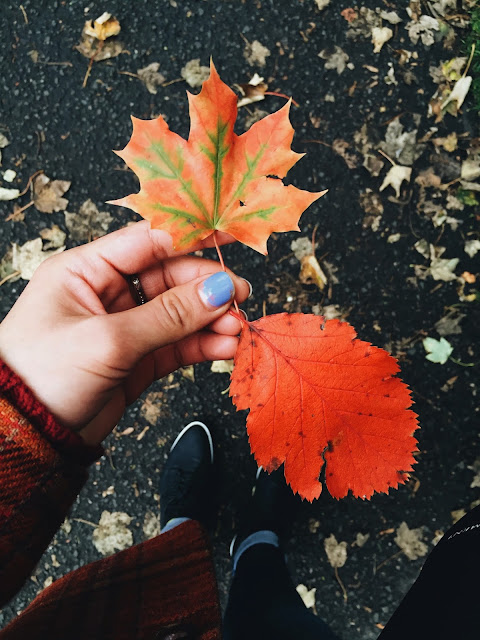 On a side note, my german tutor and finally decided to speak English when teaching! Thank you very much, that is much appreciated!! I can now learn better and not be all frustrated and lost during the lesson! Not so fun fact : fruits have genders in german and so the grammar changes...

For example, when addressing an orange it's die Orange and to address an apple its der Apfel, where die is the feminine article for "the" and der is the masculine article. You then have to memorise which fruits are female and which are male which is ridiculous (I'm sorry but it is) There are also 3 gender groups in German - feminine, masculine and neuter, which just makes everything so much more confusing! 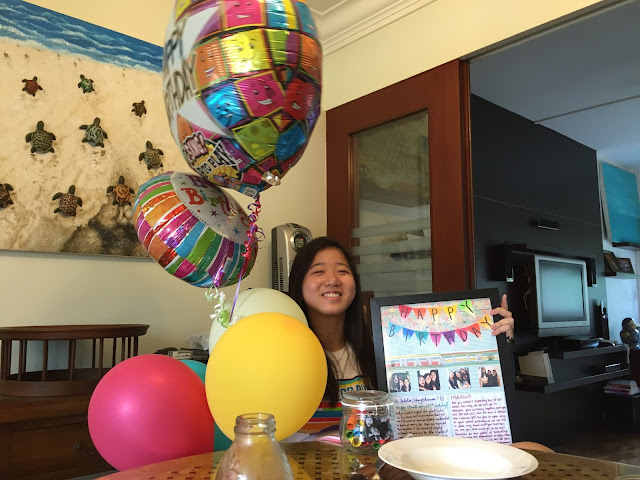 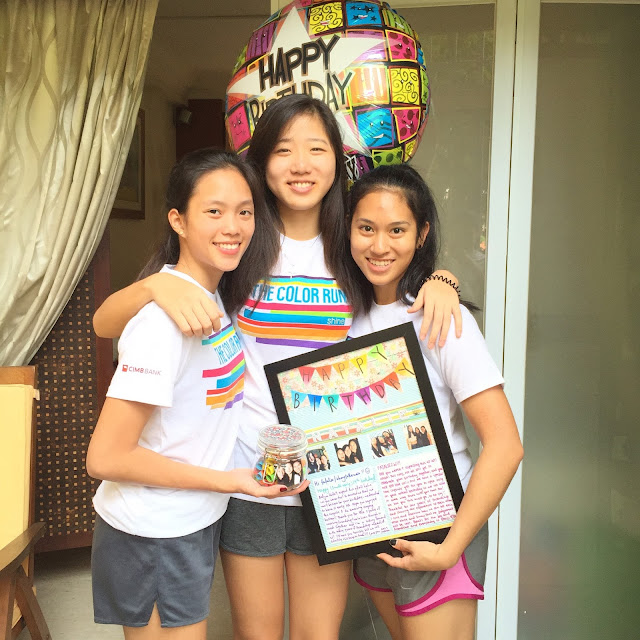 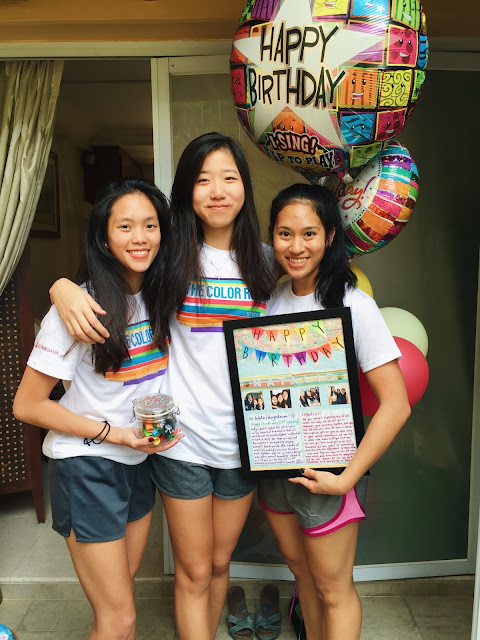 Love and miss you guys terribly :'(

Natalie's birthday was yesterday ! and I remember in sec 2 it was a cool date cos it was 10/10/10 hahaha So the photos above were taken on the day of the colour run! Kim and I surprised her that day knowing that the both of us weren't going to be in Singapore on her birthday :( It was a huge success though!! The huge balloon that says " tap to play " actually sings happy birthday in the most cheerful tone ever!! But I really wished I could've been back in Singapore then :(((

HAPPY BIRTHDAY NATALIE AND HOPE YOU HAD A SPLENDID ONE!!! <3

I just boiled some water and I'm going to drink a nice cup of green tea whilst doing some work. Have a super sunday everyone! :)