Cousins from Singapore came up to London on holiday and I went down to stay with them for 3 days :) It was such a nice mid-month break (not that I necessarily needed a break from uni or rather even deserve a break, but nonetheless, it was much appreciated) I had such a great time bringing them around London, eating good food, having such lovely conversations and just being in the presence of family ♥ 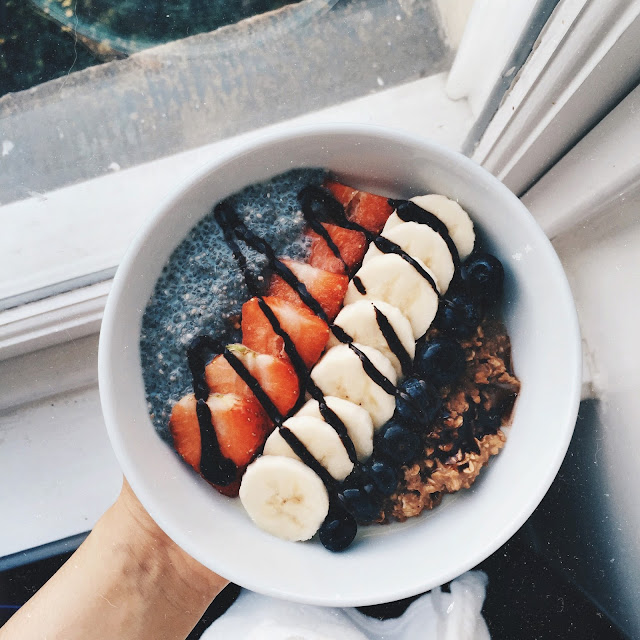 I got up at 4:30am to catch my 7am flight to London and surprisingly I wasn't even cold walking to the bus stop in the morning! I then reached London at 8:25am and met my cousins at St.Paul's Cathedral at 10. When I saw them a distance away, I waved my arms probably looking like an idiot (but IDC), and ran over to give all of them a biiiiiiigggggggg hug! I felt over the moon being able to see family despite being miles away from home :) 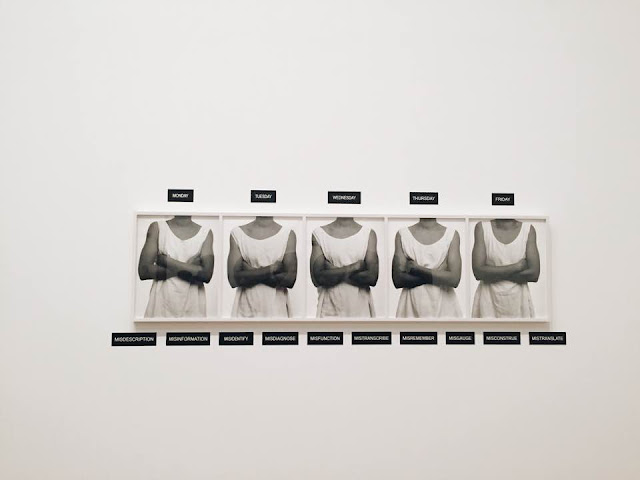 Our first stop was to the Tate! 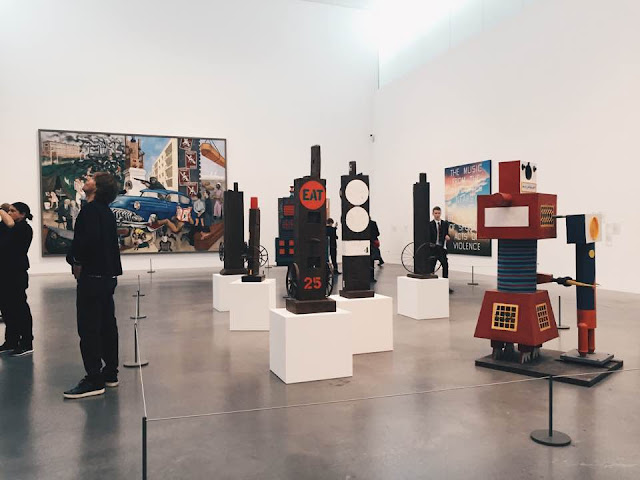 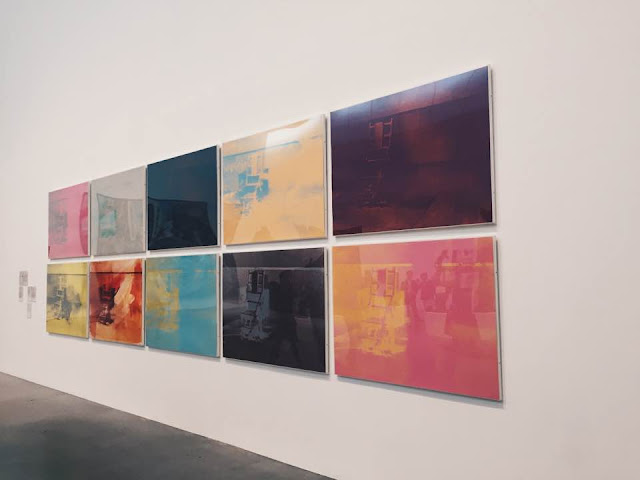 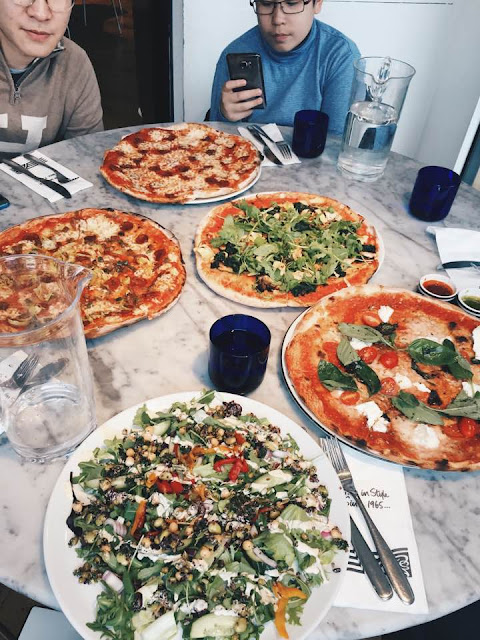 Had lunch at Pizza Express after and they had vegan pizza!! Which was alright, but I had it with that massive salad at the bottom of the picture

After lunch, we walked to the Tower Bridge and then to Borough market - 2 of my favourite places to go to together in London :) 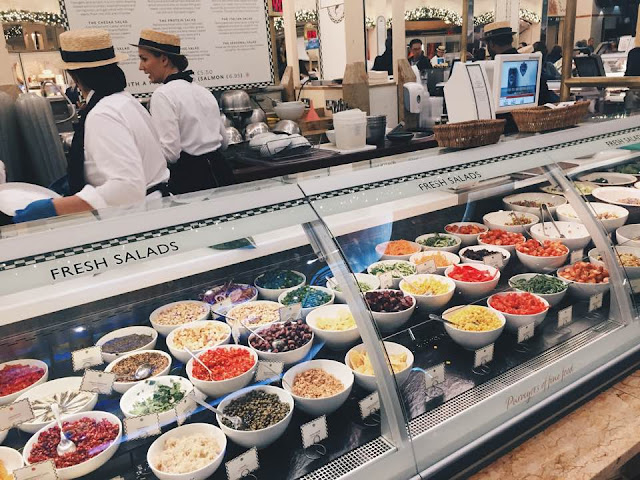 Headed to Harrods after that where my cousins got some souvenirs from the Harrods Gift Shop :) We were so full from lunch that we skipped dinner, and then headed to the Apollo Victoria Theatre to watch Wicked!! It was sooooooo good as one would imagine it to be, the singing was just phenomenal (though I think at some point they did have some technical issues with the sound). 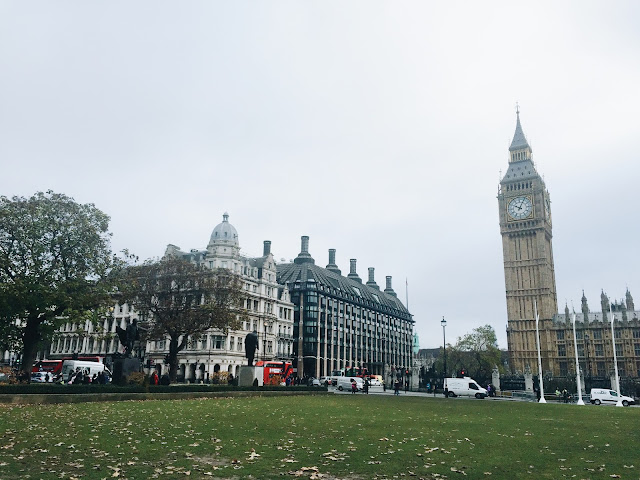 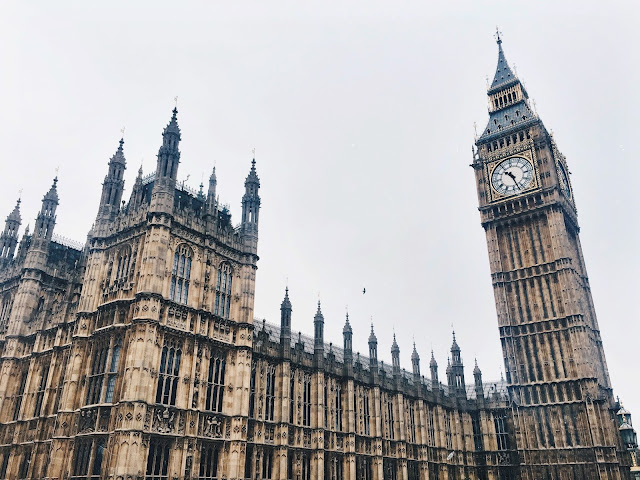 The next day, our first stop was to Westminster where the London Eye, Big Ben, Westminster Abbey and the House of Parliament are 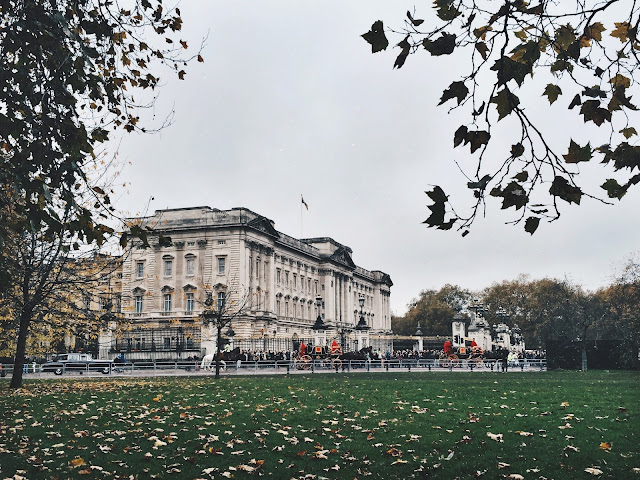 We then walked through St. James park to Buckingham Palace where we witnessed the guard changing ceremony! I've never seen it before but to be honest it wasn't that exciting of a spectacle 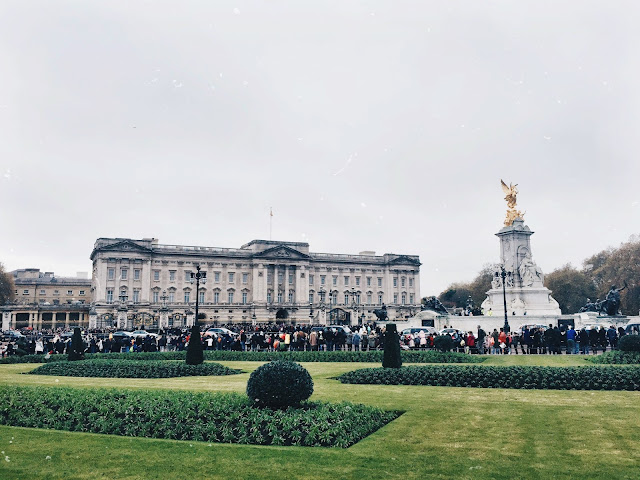 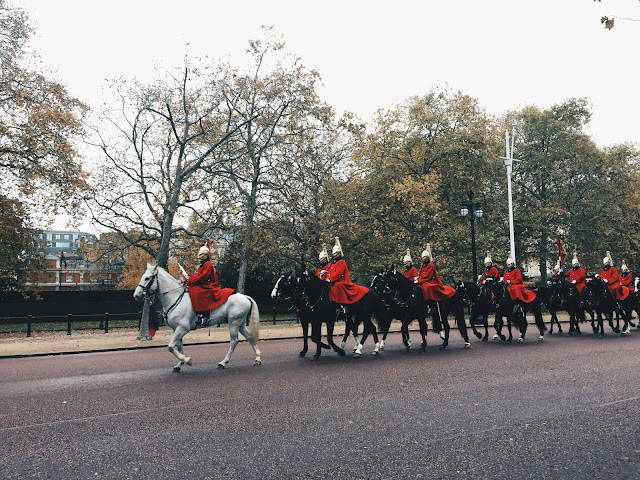 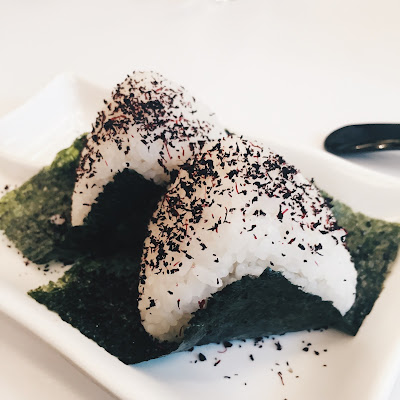 We then had lunch at Kanada-Ya where unfortunately they did not have any vegan ramen and so I settled for these 2 rice balls with a sour plum filling. Had truffled edamame as well and it actually made a pretty good meal! 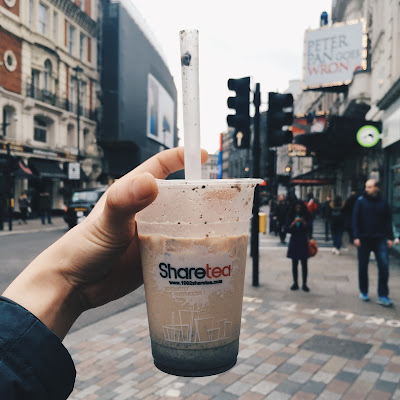 Passed China Town and had to get bubble tea!! Fun fact: The powder in making bubble tea is lactose-free - hence vegan friendly 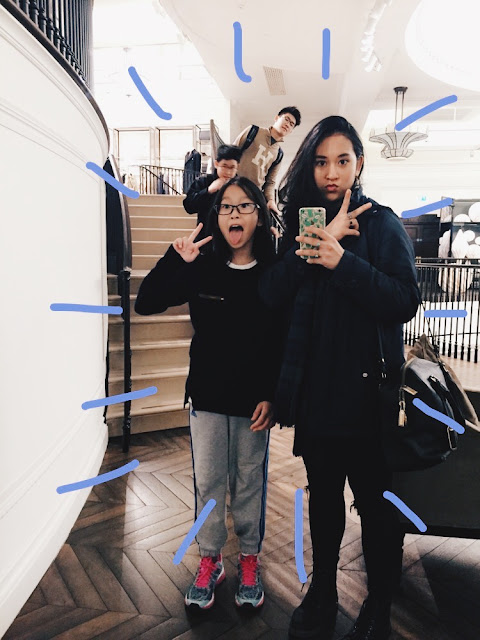 We then walked down Oxford Street for some shopping! 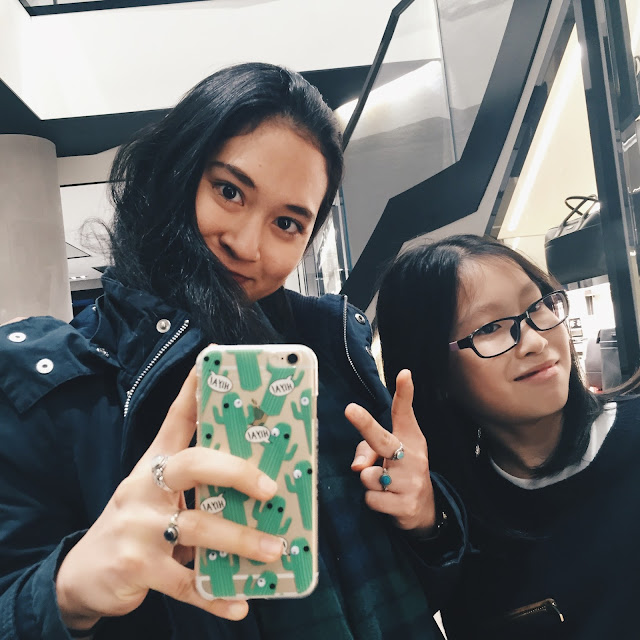 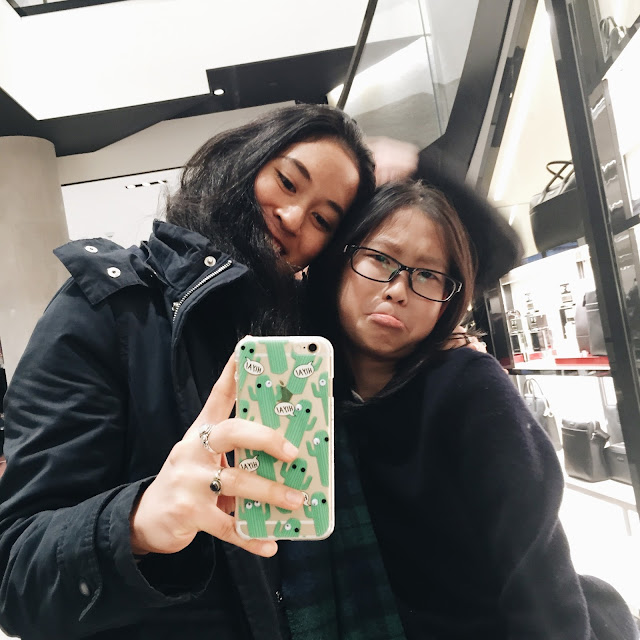 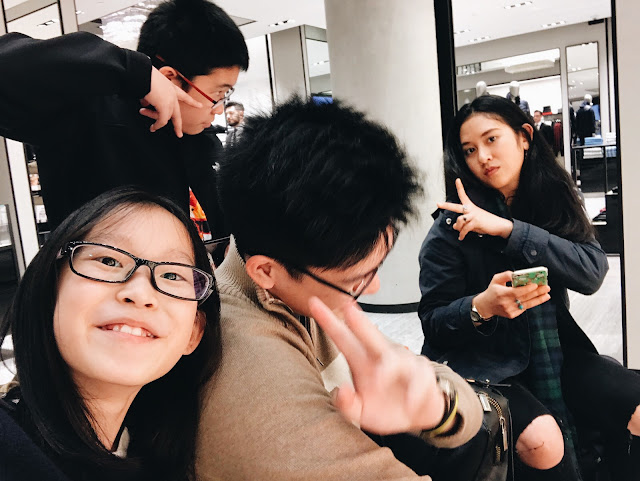 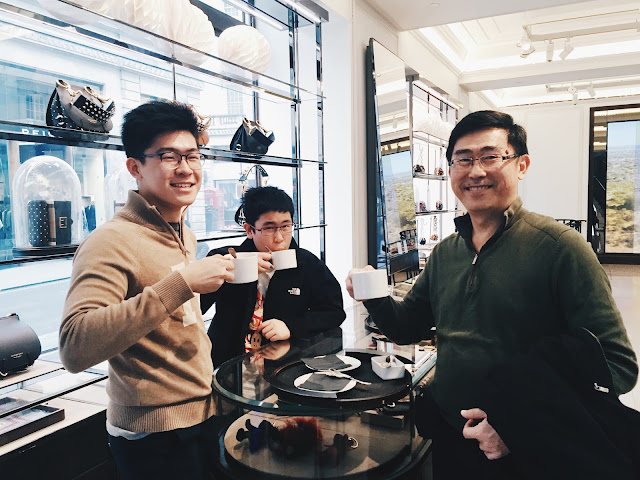 After an afternoon of shopping, we headed back to the hotel to rest and later that night, we watched Mamma Mia the musical! I enjoyed it so very much and I was bobbing my head to the songs and was tempted to sing out loud, but the music was just so good cos you know the songs so it just makes the whole experience better!! My fav song is Super Trouper! 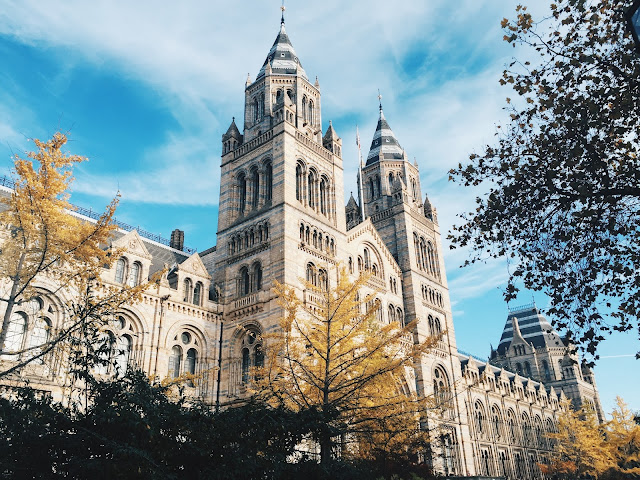 The next morning, we walked to the Natural History Museum from the hotel and boy were we lucky with the weather! The sun was shining perfectly down on the building and this photo just sums up how beautiful that morning was :') 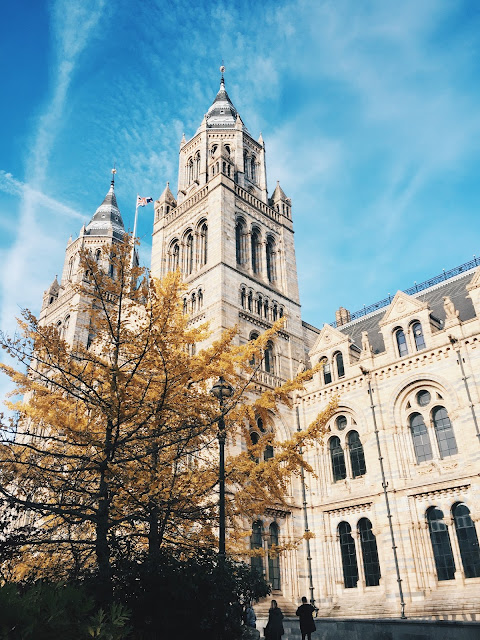 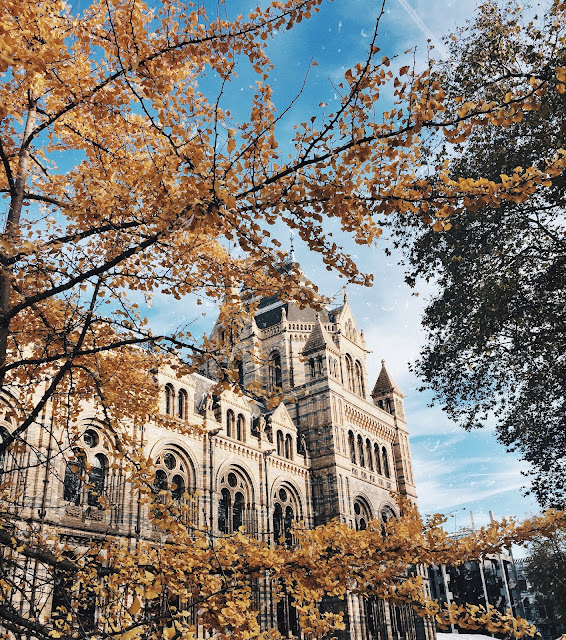 After the museum, we headed to Portobello Market just to check out the little antiques and knick-knacks that they sold. I then bid goodbye to my Uncle and the 2 boys as they were going to watch the Book of Mormon (so jealousssssssss) and I would have left by the time they finished. So that was sad :(( But my aunt and my other younger cousin then headed to The Ledbury for a super fancy lunch! It was my first gourmet Vegan meal and it did not disappoint!!! 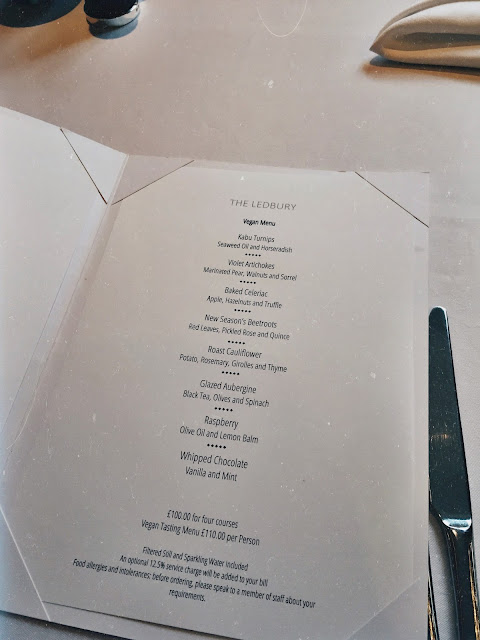 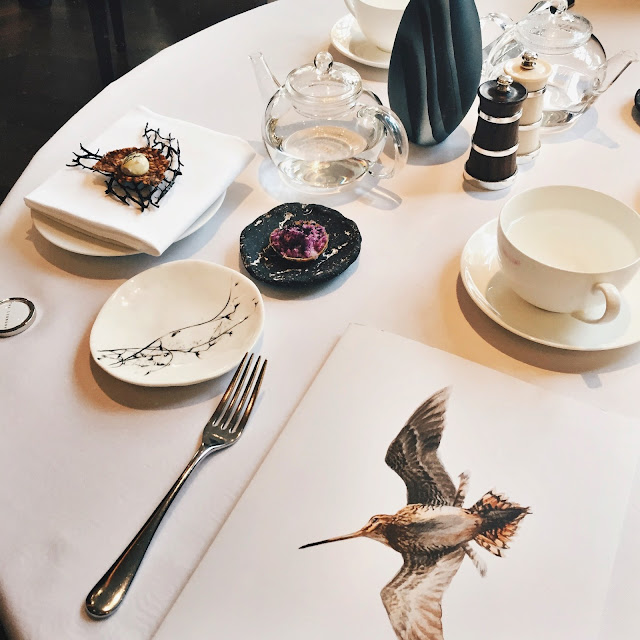 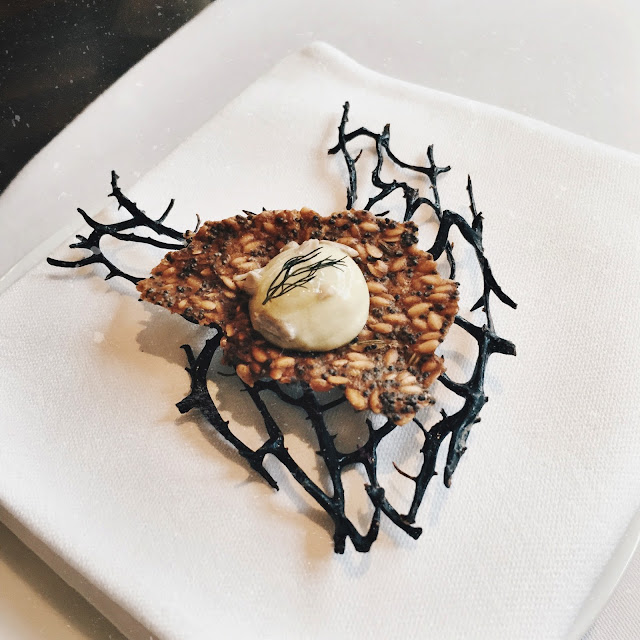 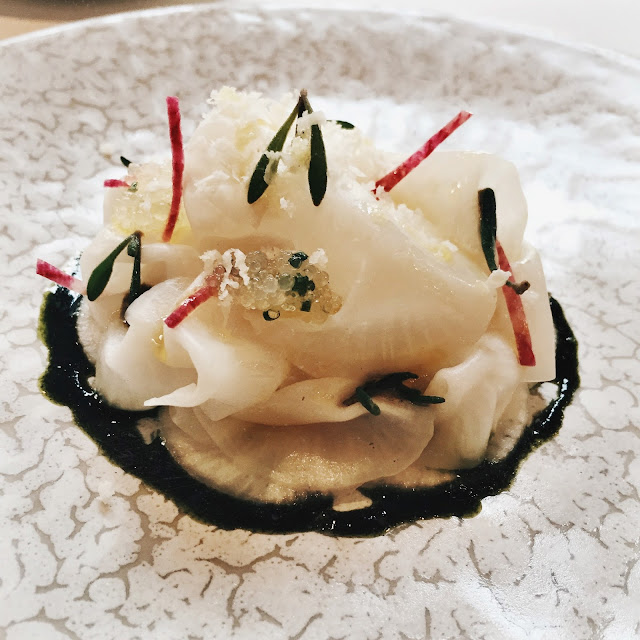 This was a Turnip dish with seaweed oil and Horseradish 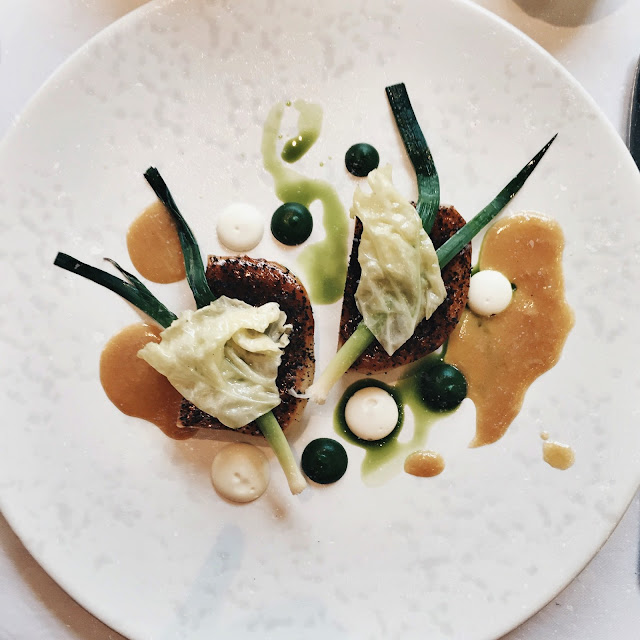 This was glazed aubergine 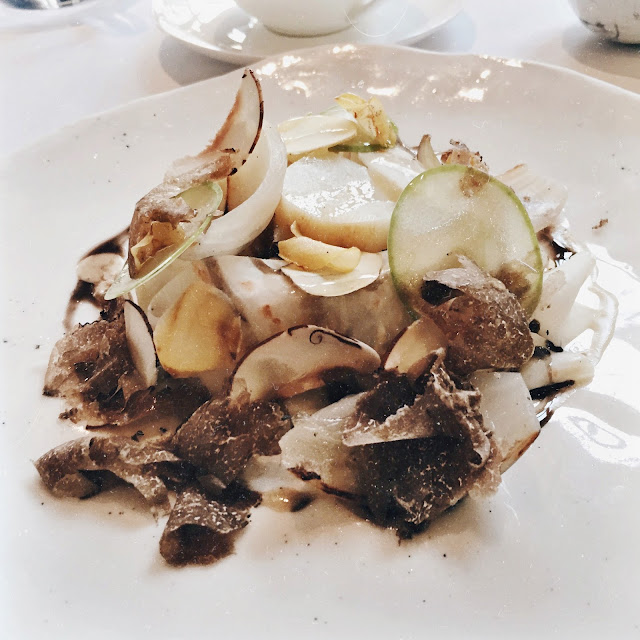 This was baked Celeriac with apples, hazelnuts and truffles 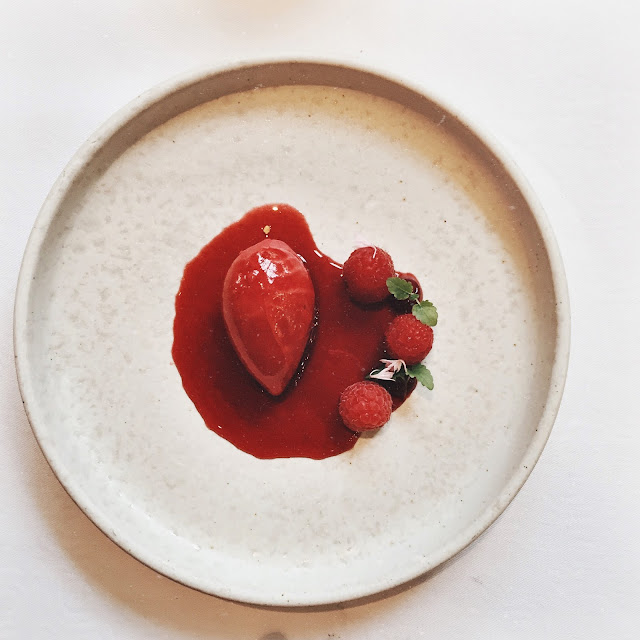 pre-dessert to cleanse the palette 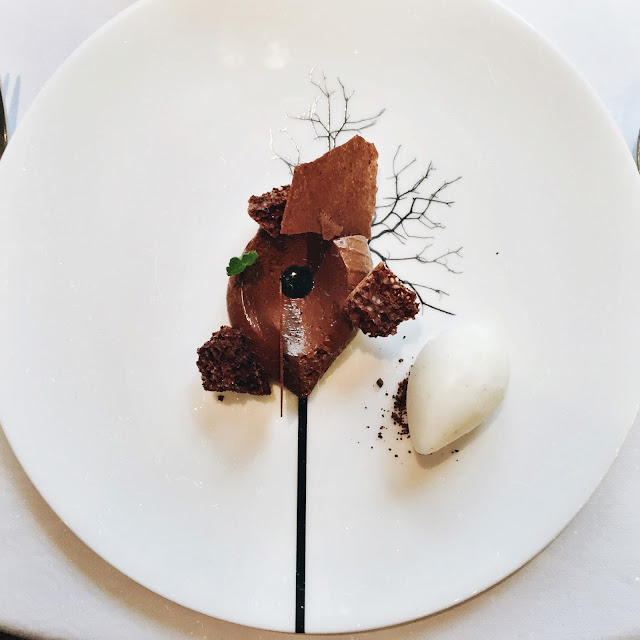 To finish off the amazing meal, I had a whipped chocolate with mint and vanilla ice cream!

Boy was I stuffed after the meal and so super satisfied! Not only was the food amazing, but I had such a nice chat with my aunt over so many things that we don't often have the chance to talk about - this is just because when we meet up for family dinners monthly, the adults would sit at one end of the table and the kids on the other end and therefore there is not much mingling in conversations. So yes, it was so nice being able to talk to my aunt about so many things! She even gave me some good life advice :)

After the meal, we headed to Selfridges just for a quick look around and the festive Christmas lights were all up and pretty! Got some food in the food halls (beetroot chips for 50p instead of £1.50 - what a steal!!) and then headed back to the hotel as I had to leave for my flight in the evening!

After sadly bidding goodbye to my Aunt and cousin, I took the tube to Liverpool Street to get the Standsted Express train to Standsted airport. SHIT GOT REAL. Firstly, the express train which was supposed to come every 15 mins got delayed and therefore instead of the train coming at 6pm, it came at 6:10pm (10 mins does not sound like much but I timed my travel such that I would get to the airport just in time for me to meet the boarding gate time). Secondly, instead of taking just 47 mins (as the train prides themselves in), the bloody train took 1hr 20 mins meaning I got to the airport at 7:20pm when my gate closes at 7:35pm! I was panicking so much inside and was contemplating whether I should be running to my gate or just accept my fate, but as the train doors opened at the airport station, it was like a mad rush and I had to contain my laughter despite the urgency of the situation because everyone literally was running for their lives, coat in one hand and suitcase in the other, to get to the airport. I then found myself running as well but what I did not mentally or physically prepare for, was the two 30m ramps at about a 25 degrees incline that you had to go up to get to the airport. I went from a resting heartbeat to one that caused my chest to burn like crazy in just seconds because I myself was running for my life. It was so chaotic at the security check as well as people were shouting and pushing and demanding that they be allowed to get their bags checked first as they were going to miss their flight. The airport staff refused and there was a huge commotion but I was relatively calm and just waited in line. So blah blah blah, I managed to make it to my gate (running still even after the back checks to get to the gate) to then find out that my flight got delayed. Well Done Ryanair. But anyway, it was such an amazing experience and though my chest hurt for a good 15 minutes after I had stopped running, it was so worth it!!

So that was one of my most exciting airport experiences ever and I was so happy to be back in Edinburgh :)