It's getting dark and getting cold real quick and you go into your 4pm tutorials when the sun is still relatively out and then come out an hour later and it's pitch black :'(

But at the same time, leaves of beautiful shades of red, orange, brown and yellow are starting to drop, forming crunchy carpets of leaves which I find absolute pleasure walking on :')

The first week of November has passed and I have successfully submitted my policy brief! All that's left is the POE project on sycamore leaves due at the end of the month and after that it's all prep for exams, and before you know it it'll be 2017?! before I get carried away talking about how quick time is passing as I always do, here's some of my fav pics of November so far 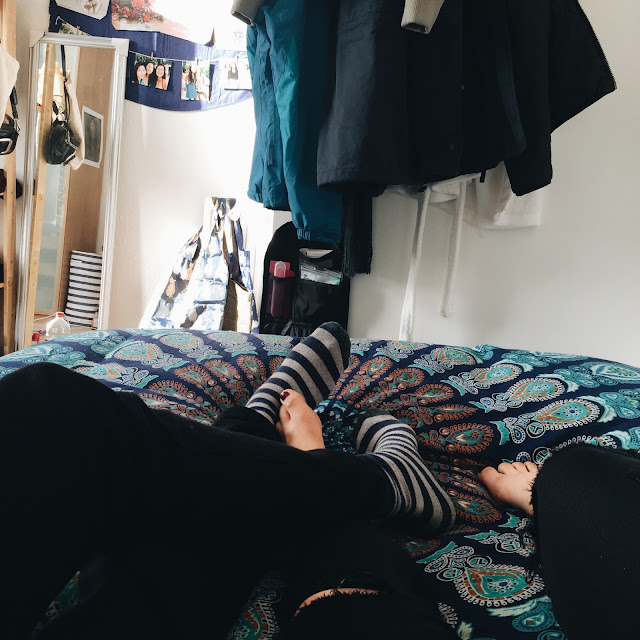 Ordered a duvet and a gorgeous duvet cover on Amazon which I am in love with! My bed is so voluminous and comfy now and most importantly - actually keeps me warm so I don't wake up in the middle of the night because it's freezing 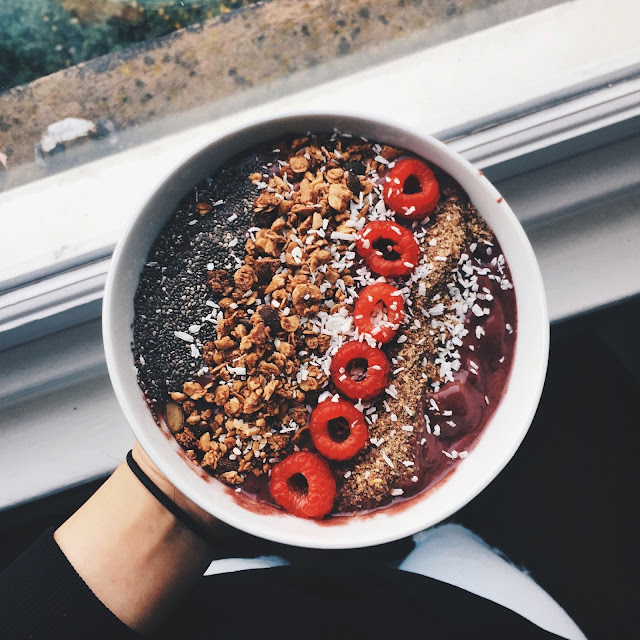 Glorious Acai bowl (fun fact: I go to sleep being so excited to wake up just so I can eat breakfast because it's my favourite meal of the day that I take the most pride and effort in making) 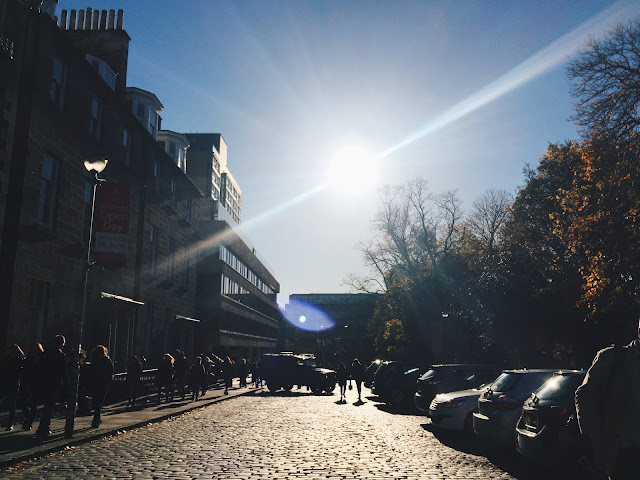 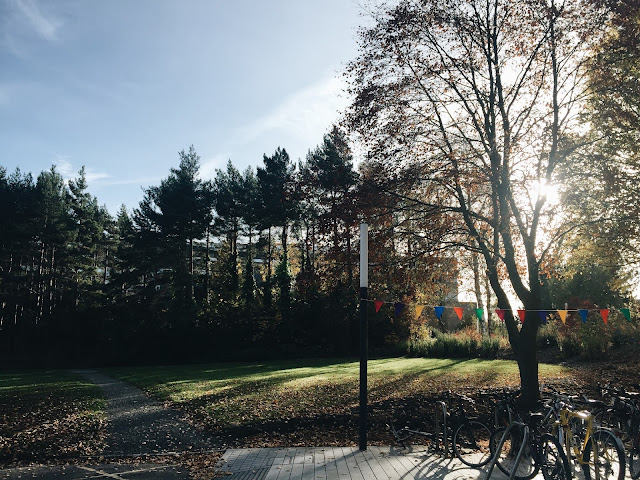 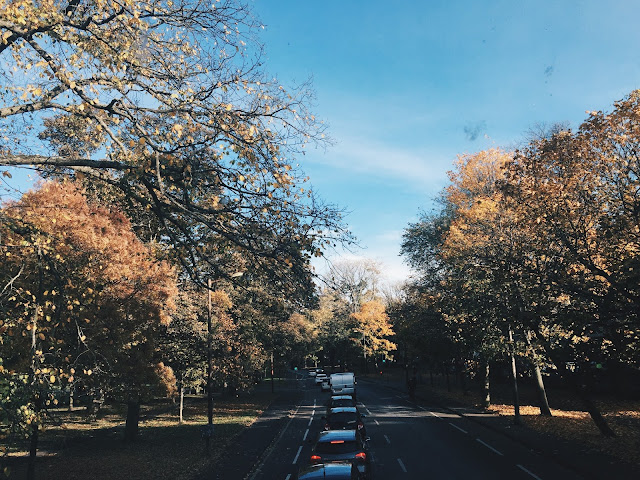 Took this on the shuttle bus back from Kings :) 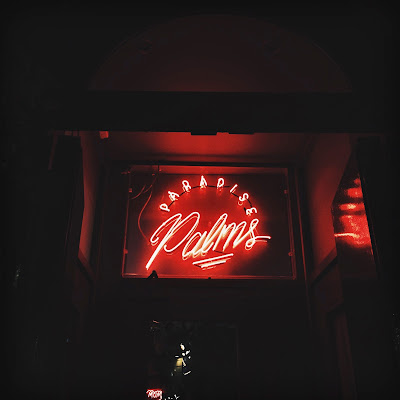 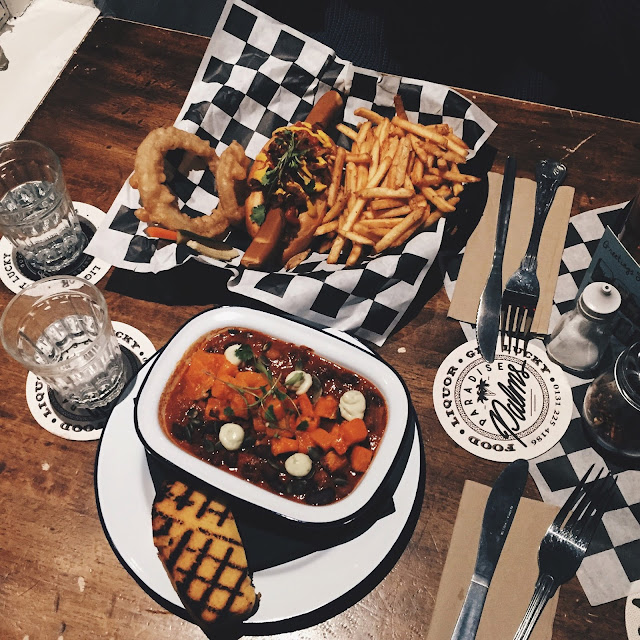 Had a Chili bowl and Topo had a veggie dog with rosemary fries - deeelish !! 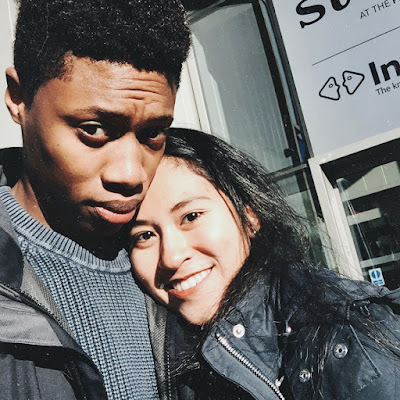 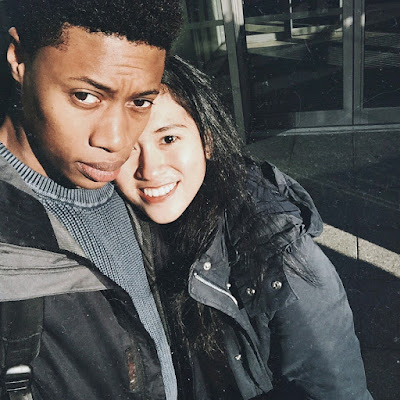 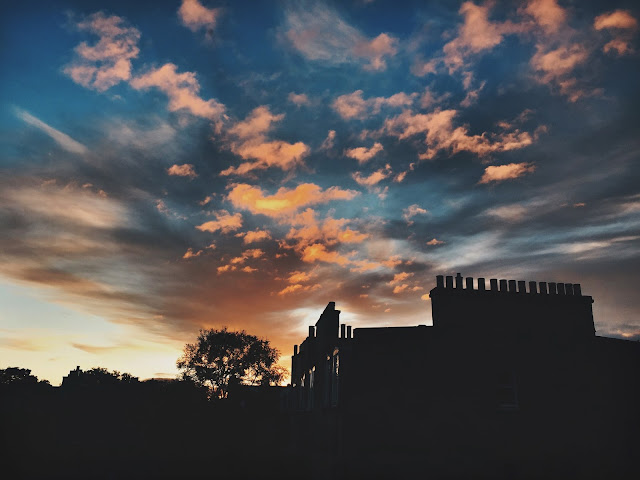 Pretty sunsets that I take notice of and appreciate more as the sun is starting to set much earlier! 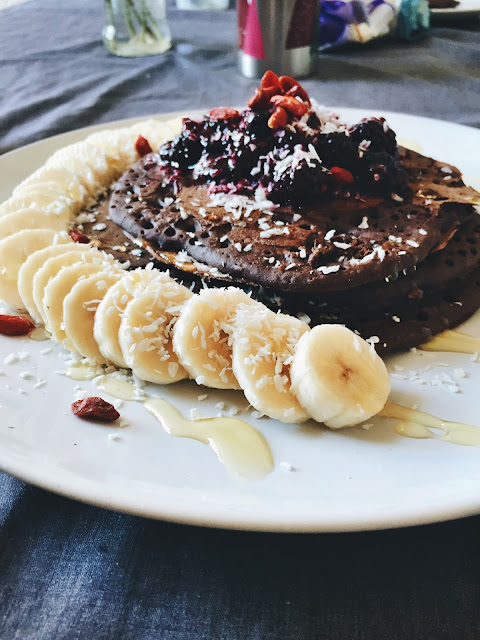 Chocolate buckwheat protein pancakes! They were rather dense and actually slightly bland on their own, but paired with bananas, warmed mixed berries, coconut shreds, goji berries drizzled with maple syrup - they became super duper yummy! 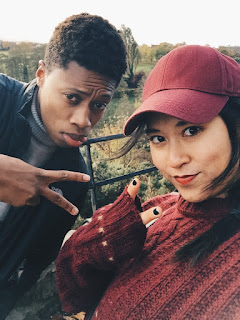 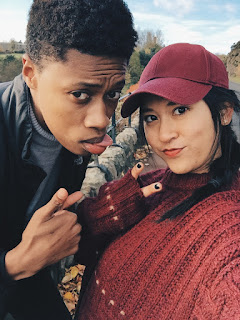 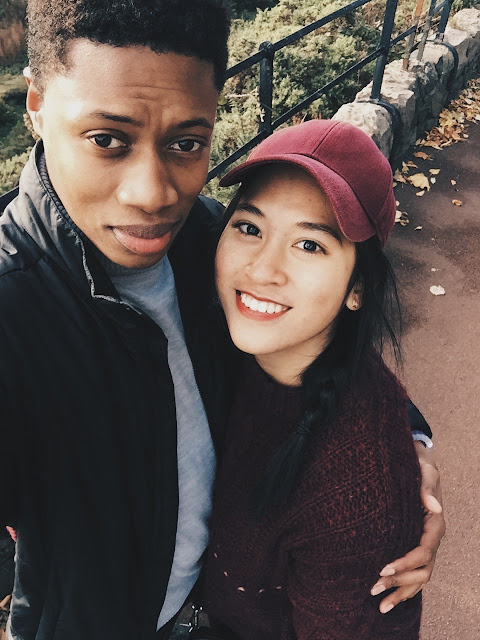 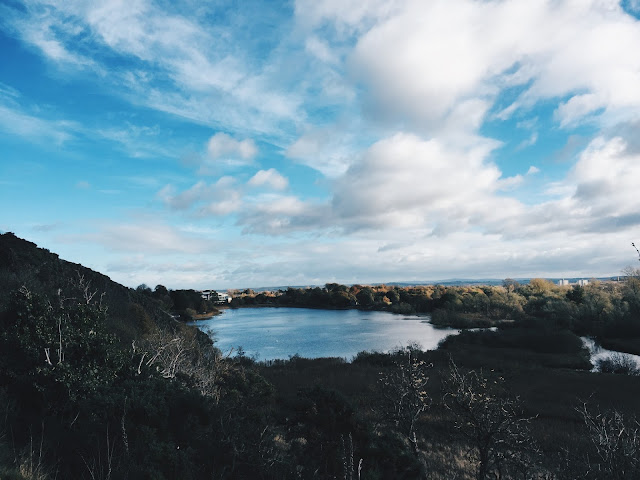 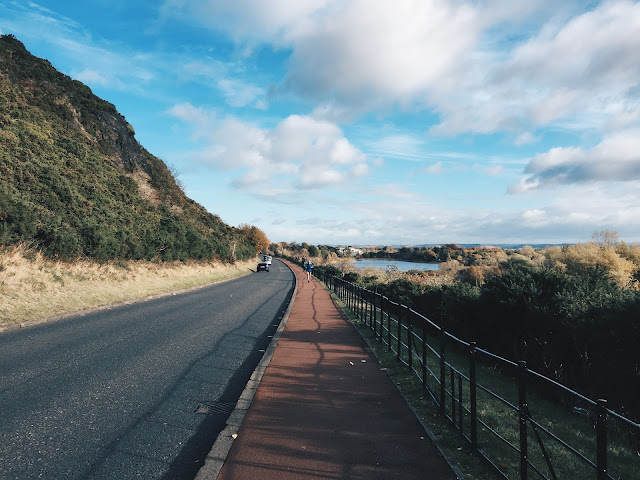 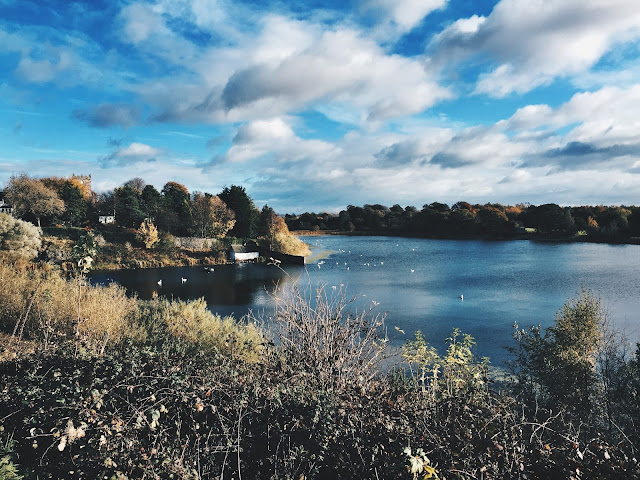 How beautiful is the loch!! 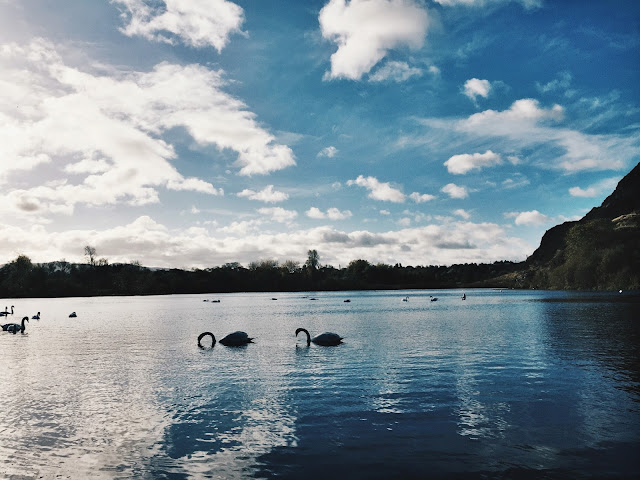 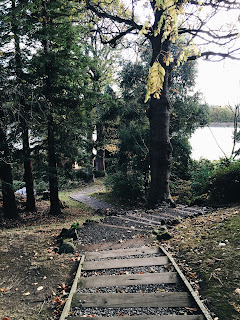 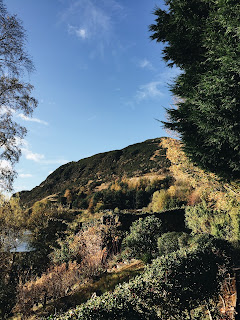 Taken from Dr.Neil's garden which was an absolute gem :') 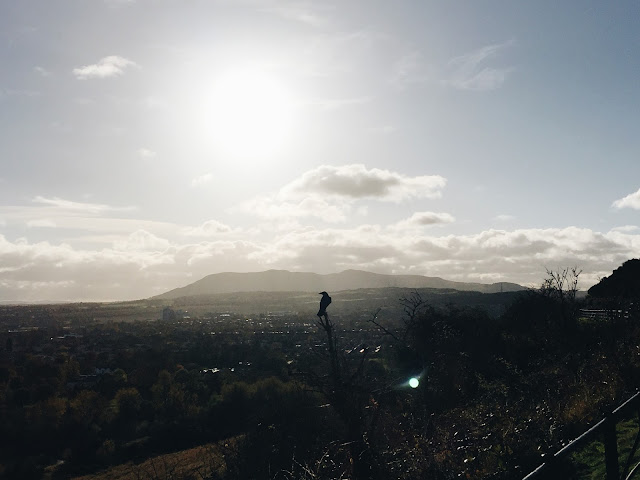 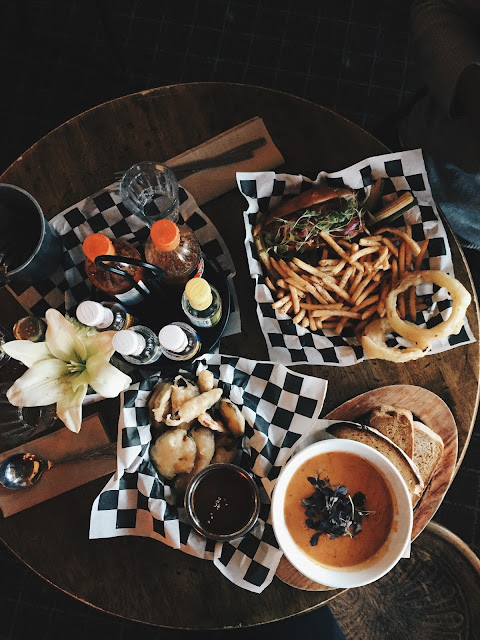 Was pretty grumpy at this point because it was late (3pm), I was hungry and I was cold but lunch at Paradise Palms picked me right up - had a sweet potato and peanut soup with Veggie tempuras and Topo had the jackfruit sub with rosemary fries (again, bcos they are soo good)!!

It's 9pm on a Tuesday night and I'm gonna take a shower and get ready for pre's cos tonight we're having an election party at prow! So excited for it and just to head out really, but also for the election results. I actually did some research to further my knowledge on the whole election situation and just wanna say: 'may the best female win' !!