Day 1: Immediately after my last paper for Techniques of Management, I quickly rushed to a flat viewing and finally picked the room that I wanted for next year in my flat, wooh!! It has a big window with a nice view of greenery :) I then half ran half brisk-walked to Starbucks in Princes Mall because Rachel was waiting for me there (for 1.5hrs as her train arrived at 3:30 but my exam only ended at 4:30) , and when I saw her I literally ran with my arms wide open to embrace her in a hug :') I cannot describe how elated and excited I was to see her !!! Also because she is the first person from home that I've met since I came to uni !

After that, we took a bus back to my halls and changed to climb Arthur's seat! Unfortunately, it was not the best day to go up as it was extremely windy and cold :( However, it was a new experience as I've never seen Arthur's seat so misty and foggy before and the clouds were moving so quickly and we were actually walking in the clouds (or fog??) !! So that was pretty cool and different than the usual view 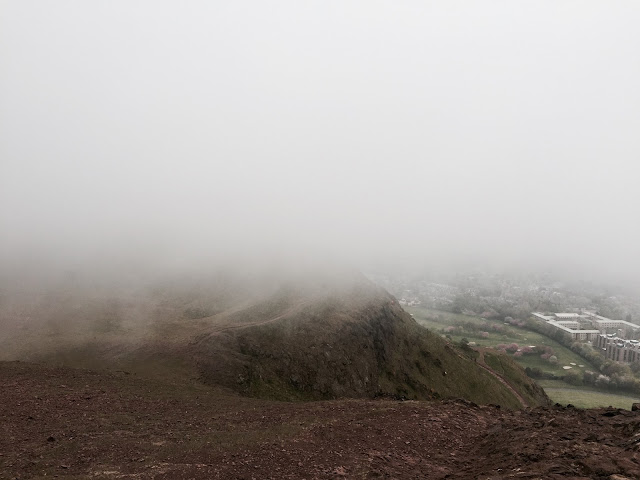 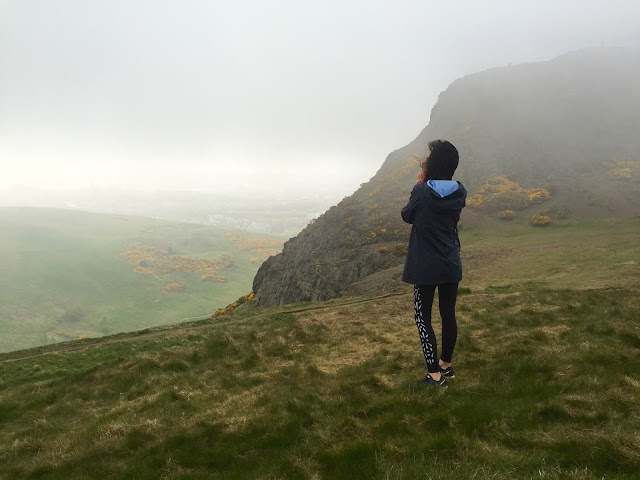 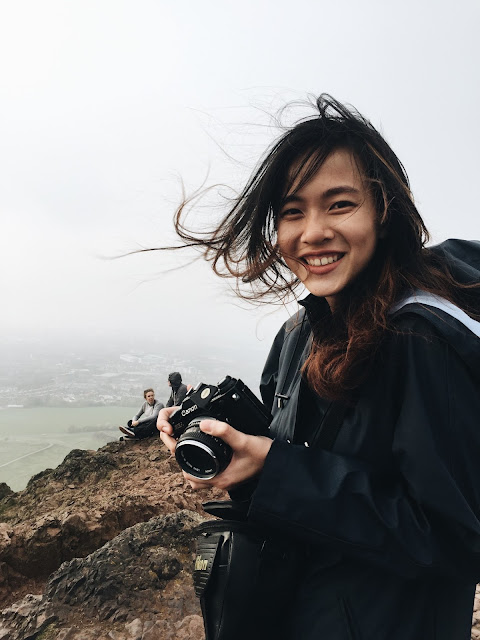 After climbing, we changed back into decent clothes (we were wearing tights you see), and headed out to Knights Kitchen for dinner! It's an African place and we had a sharing platter where the waitress very kindly made adjustments to the dish to make it vegan :) 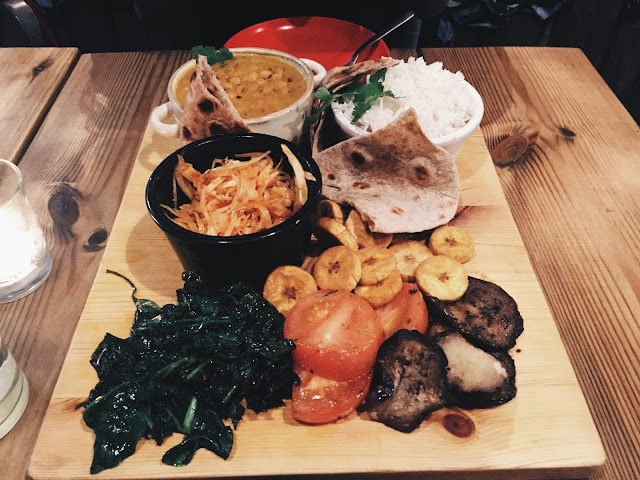 Day 2: We headed to Glasgow the next morning! 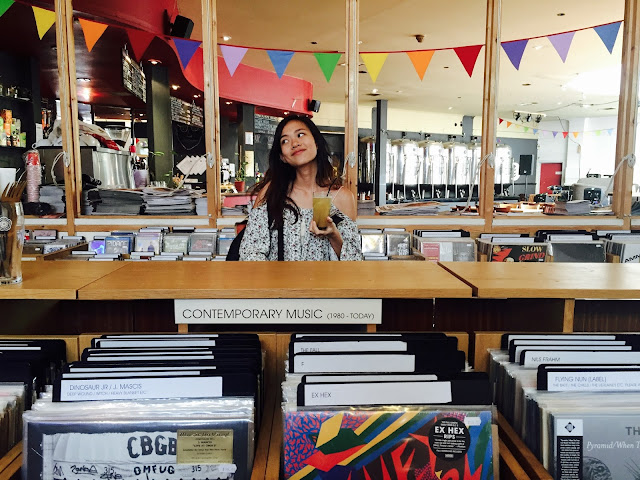 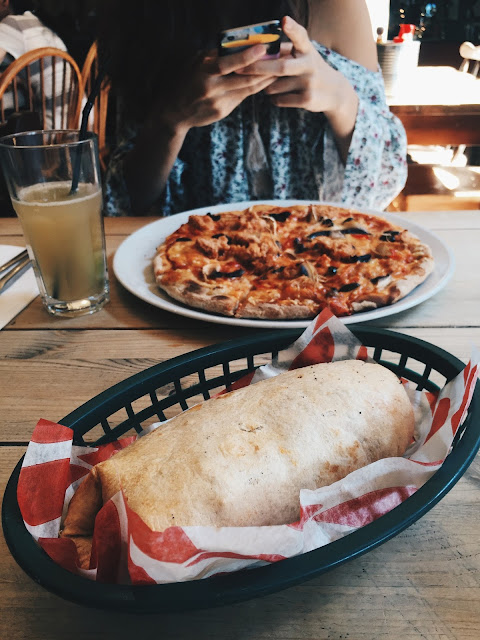 Our first stop was lunch at Mono, a entirely vegan cafe! Rachel had a pizza with "sausage" and cheese (but the cheese tasted weird) and I had a black bean burrito which I enjoyed a lot!

We then headed to a vintage store, where Rachel got a denim jacket which saved her life for the rest of the trip, the botanic gardens and Kelvingrove museum (which was a disappointment) 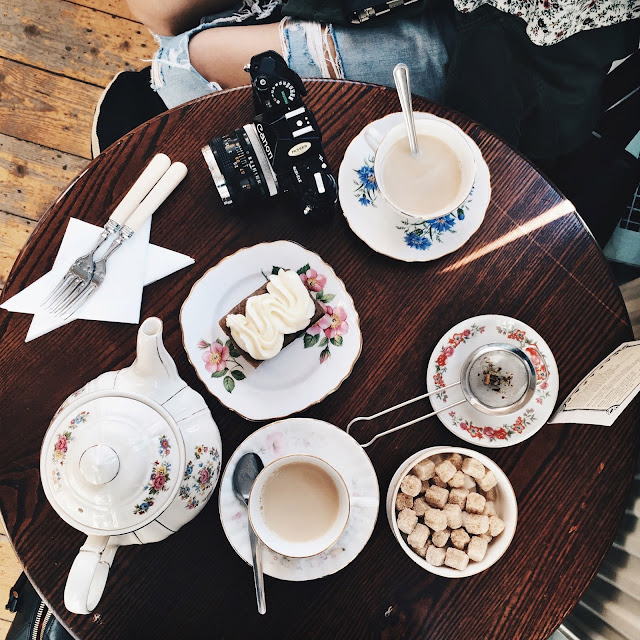 We then went to the Hidden Lane Tea Room and had the Yogi Chai Tea - recommended by Qinyi :) and a lemon blueberry cake! The tea was sooooo good and spicy! 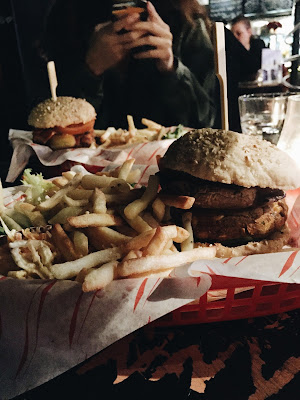 We then went to Buchanan street which was the main shopping area which I would say was the most exciting part of our day hehe Rachel and I spent majority of our time in Urban Outfitters - seriously love everything there but why is it so expensive?? In the end, we left with only a notebook each - very good self control practiced there. Dinner was at the Flying Duck! The restaurant was in a basement and it was dimly lit and had a super cool vibe to it. Sadly, the food was a disappointment :( We both had a burger but the patty was just not good and tasted really dry and I can't even describe the taste, it was just not appetizing at all. After dinner, it was time for us to leave and we reached Edinburgh at around 11pm and it was freezing as we quickly made our way back to halls!