Had a rough and long night traveling to San Diego with Greyhound but we finally made it at 8:40am!

I was surprised to see so many high rise and modern buildings in the distance when we arrived at the bus station but at the same time it was a really dodgy area with homeless people everywhere and so that was rather confusing. We later found out that the bus station was located in the 'bad' areas of San Diego. Anyway, our first stop was to get food (obviously!!) at Anthem vegan!

I had a 'Chicken' waffle with berries & eggplant bacon and Topo had a biscuit and gravy dish with a 'salmon' thing (can't recall ☹) - but breakfast was really yum and so filling and after, we headed to our Tiny home air bnb, which was just adorable and so lovely!! 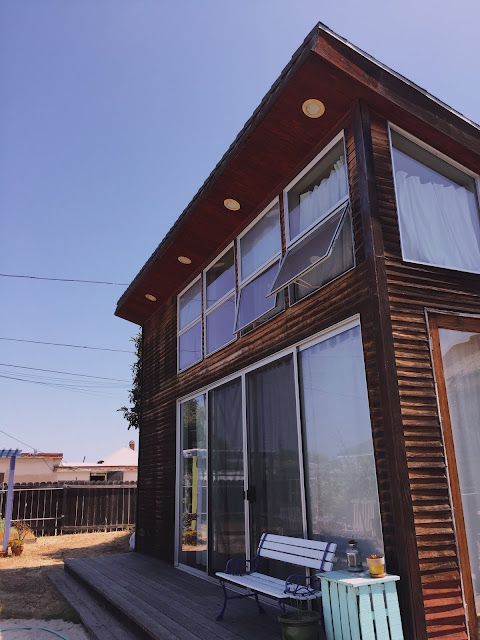 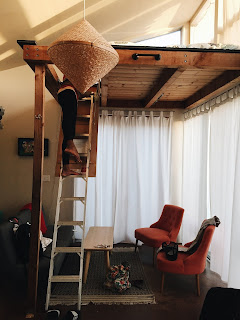 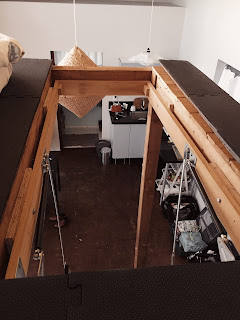 Tired us decided to take a rest day and so we headed to the cinema to watch Ocean's 8, which I thoroughly enjoyed! #girlpower

We then got some groceries for dinner and headed back for a delicious meal of ramen and kungpao chicken!! 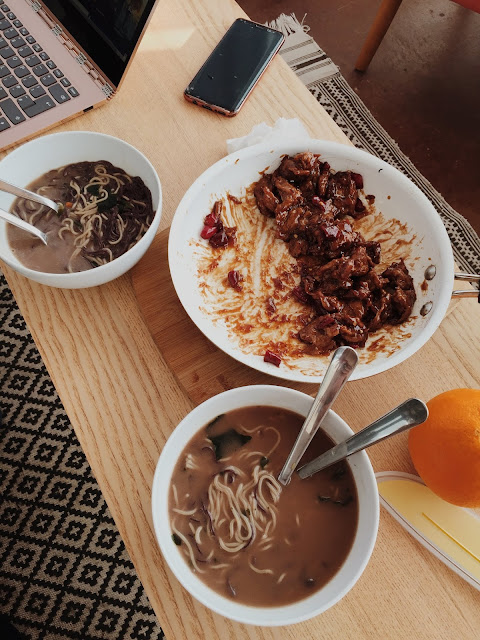 The next morning, we moved out of the tiny home (it was so expensive that we could only afford one night) and moved in to our next air bnb! We met Evan (who looks exactly like Oberyn from GOT) and he showed us round his lovely house and our room, which was soooo cosy! It also had netflix on the tele which was perfect. He gave us excellent recommendations for the day and so we ended up at the broadway pier and got round trip tickets to Coronado Island (I grabbed an iced chai latte before boarding the ferry and it was one of the best chai lattes I've had - but the one from P.S. cafe in Singapore still ranks #1) 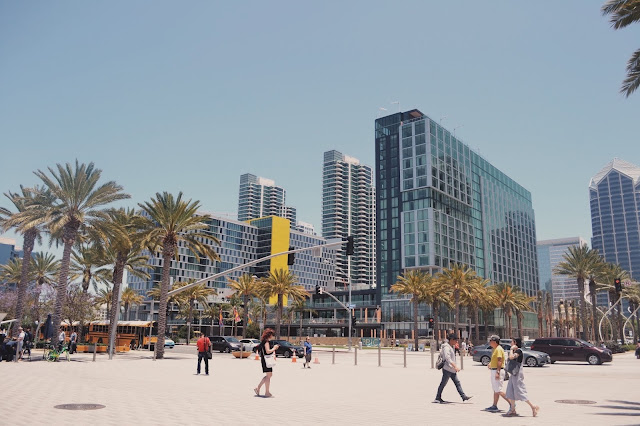 This was at the pier 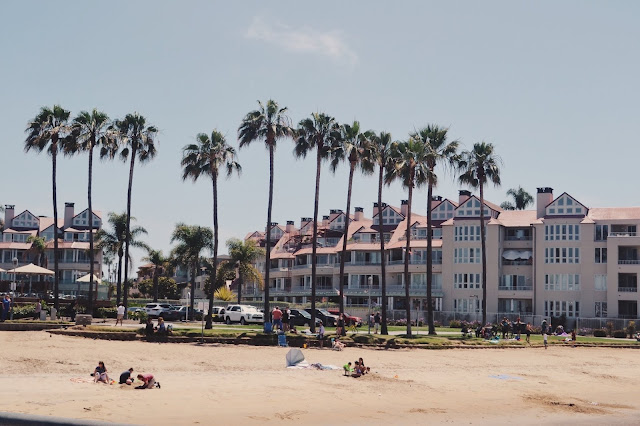 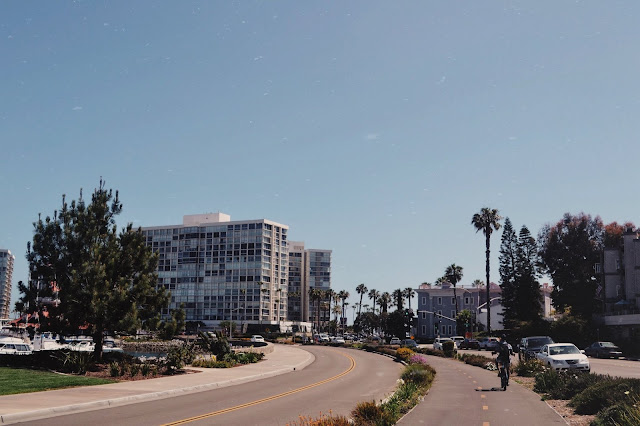 Coronado Island had buildings like these, a beautiful beach and also the most perfect neighborhood I've seen! It was just like in the movies with green lawns and white picket fences 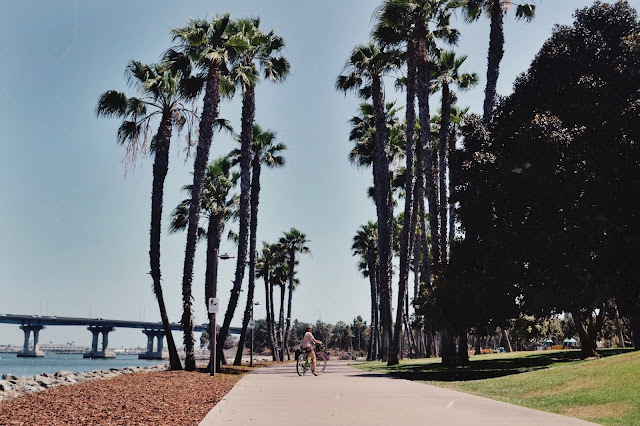 We rented bikes and had a lovely cycle around the island! 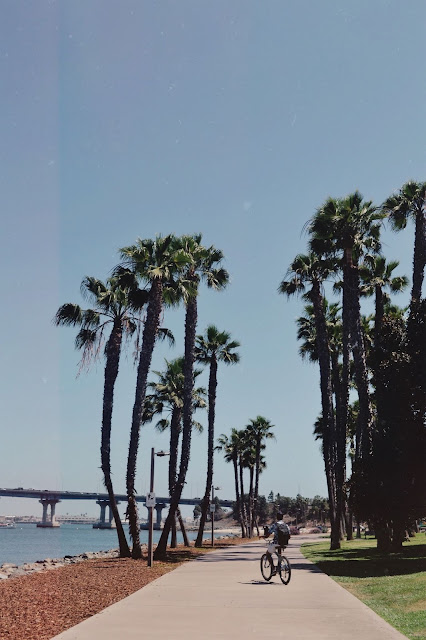 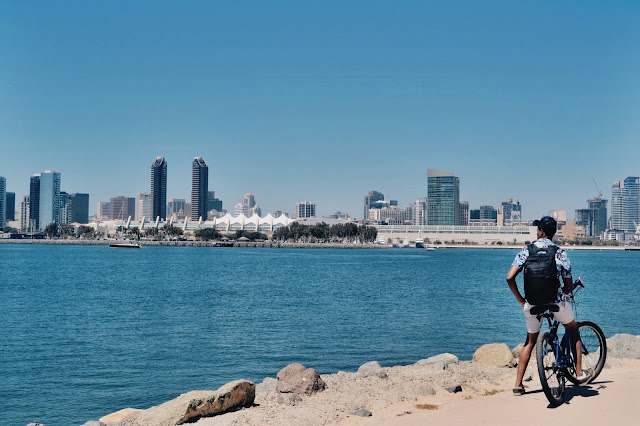 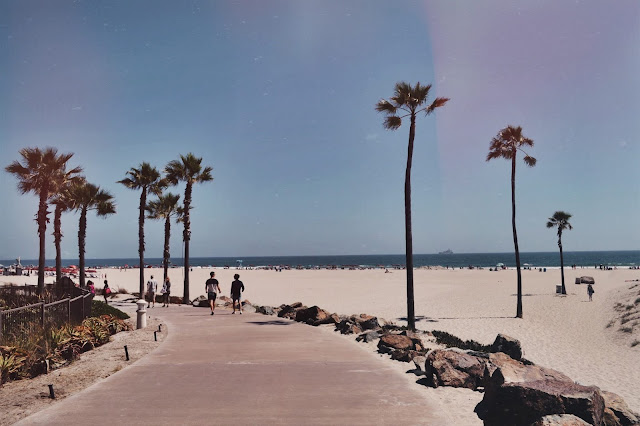 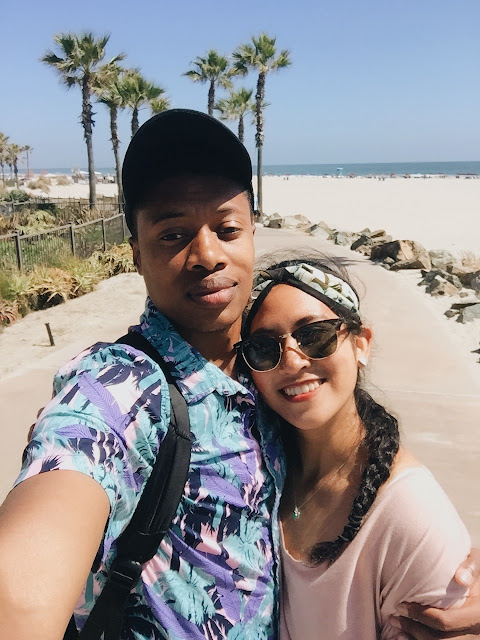 After the scenic bike ride, we headed back to the main city and went to Donna Jean for dinner 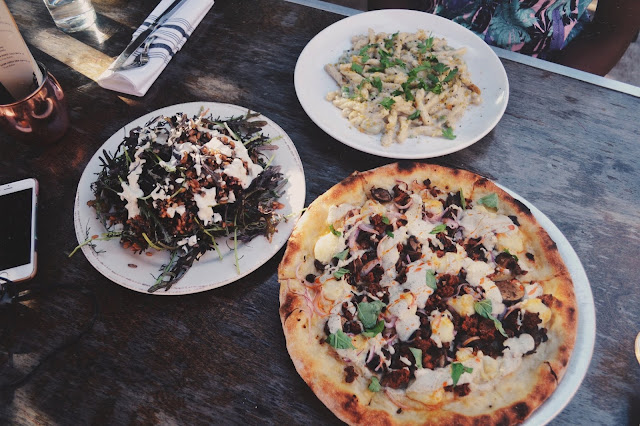 We had an Easy Tiger chorizo pizza, a super creamy carbonara pasta and a wild-rice chorizo salad!

Food was so good!! 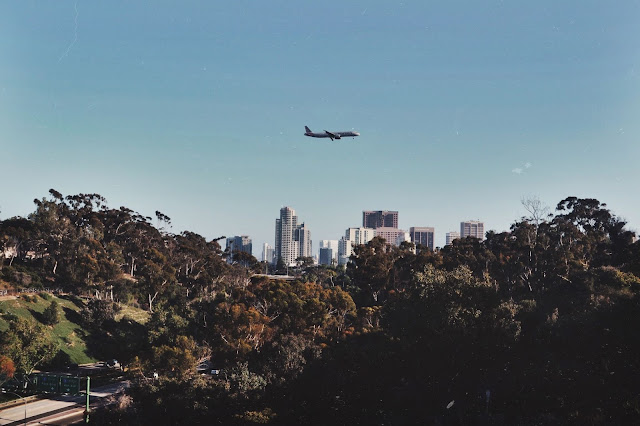 We then went for a wander through Balboa park, the largest urban park in the US, which has 16 museums within the park - insanity!

and a fun fact: You hear and see planes fly through San Diego every 2 minutes!! (well in our experience at least) 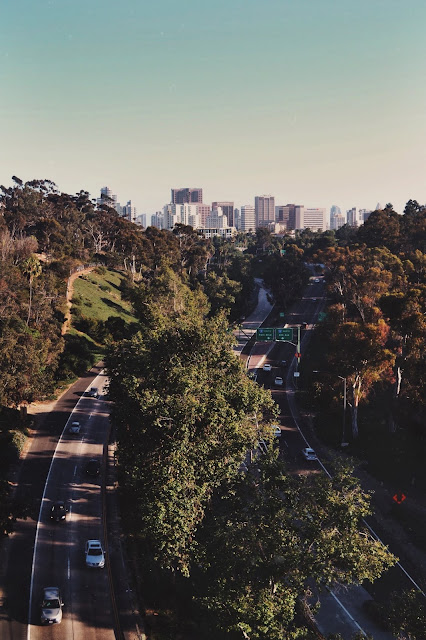 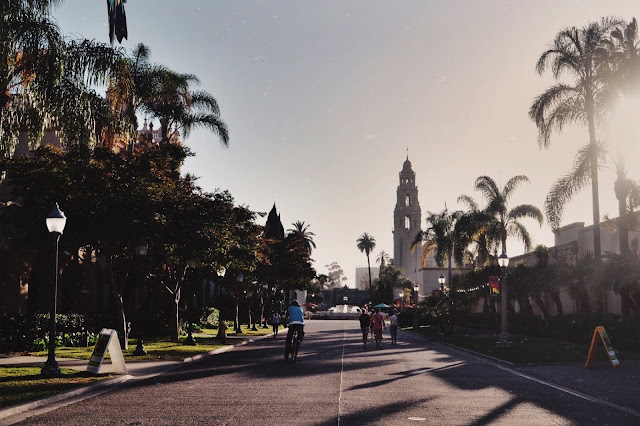 The themes/buildings/areas in Balboa park were so diverse and stunning!! 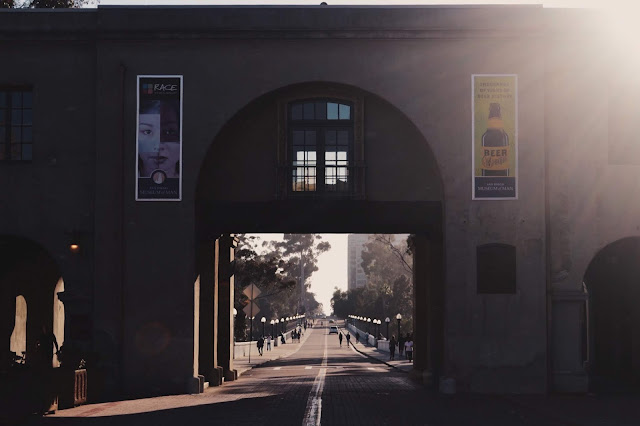 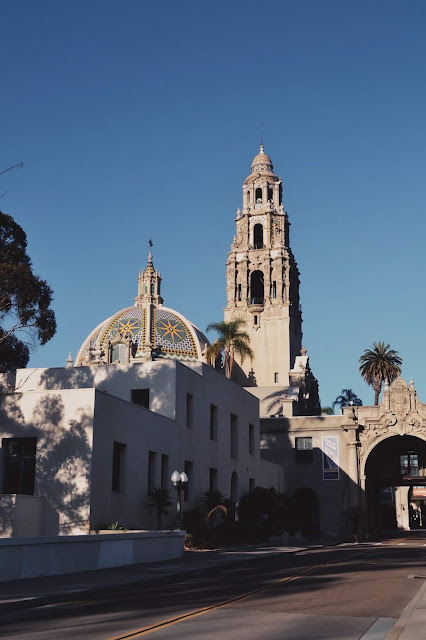 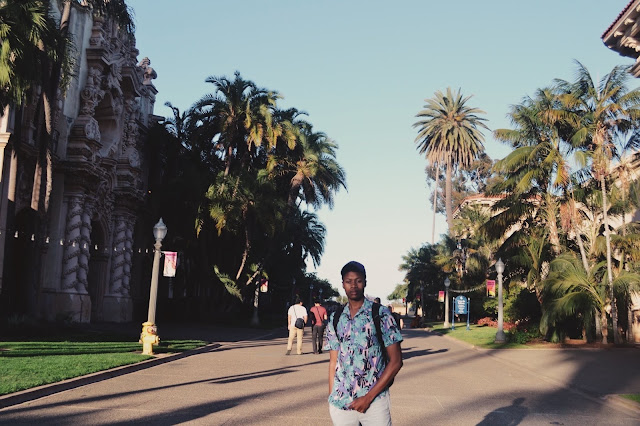 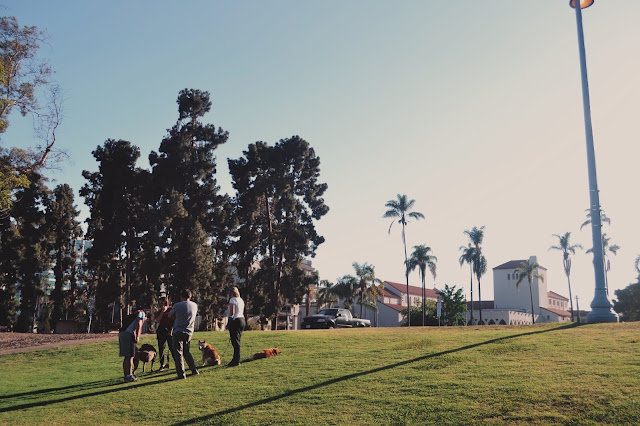 Had a rather late start to the day (something I'm proud of because I'm the kind of person who loves getting the most out of every day when traveling and hence I would always want to get up really early and start exploring the city by 9am - so having experienced a few late days in America was something I'm proud to have learnt to do!) and we headed to the National History Museum in Balboa Park. My favourite bit of the museum was the 30min 3D movie about our oceans, which were basically shots from Blue Planet II, but I still loved!

After the museum, we went to Wonderspaces, an art exhibit by the pier, which was recommended by Evan and his wife Angela. It was rather quirky and 'hipster' like - alternative art let's just say. It was cool but at the same time not something I'd enjoy often. Personally I felt that it was just a place for people who wanted to take 'cool pics on Instagram'. 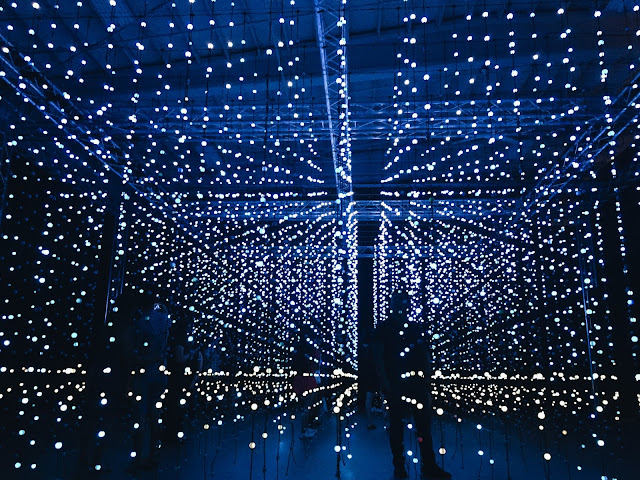 We were both famished (and me hangry) by the time we left the exhibit and quickly found a spot nearby for lunch - a vegan drive-through called Evolution Fast Food! 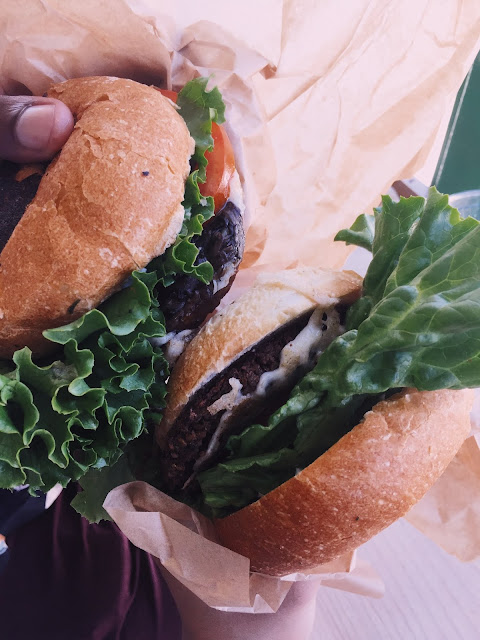 The patty was the Beyond Meat burger (the ones we had in San Fransisco) but the combination of the other toppings and the sauces just took this burger to a new level! It was so good that Topo ordered 2 burgers!!

With satisfied tummies, we headed to Sunset Cliff Boulevard! We got into an uber with a crazy lady who was an artist manager (whatever the title is) and she was blasting her client's music so loudly in the car and not paying attention to the road let alone whether we wanted to listen to her music. Anyway, Sunset Cliffs was absolutely stunning!! 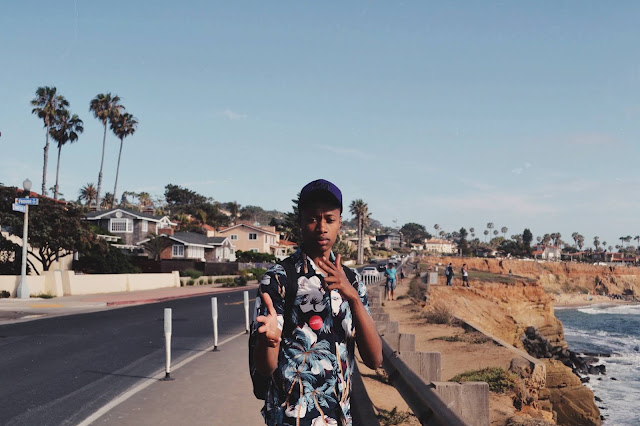 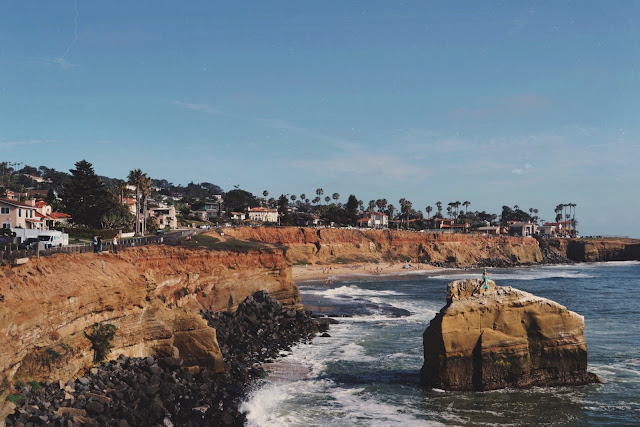 Spot the mermaid on the rock!! Apparently someone swam and climbed that rock and placed the mermaid there hahah 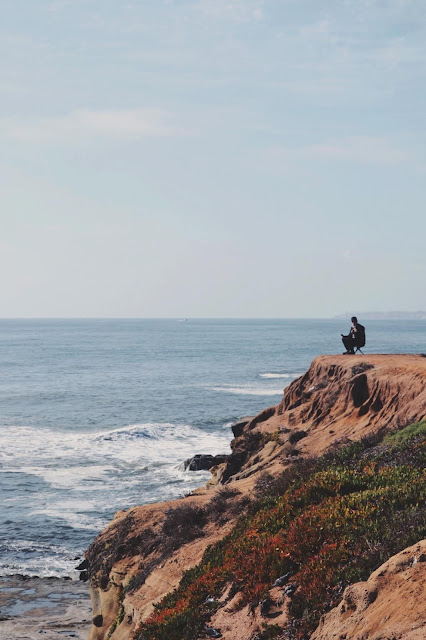 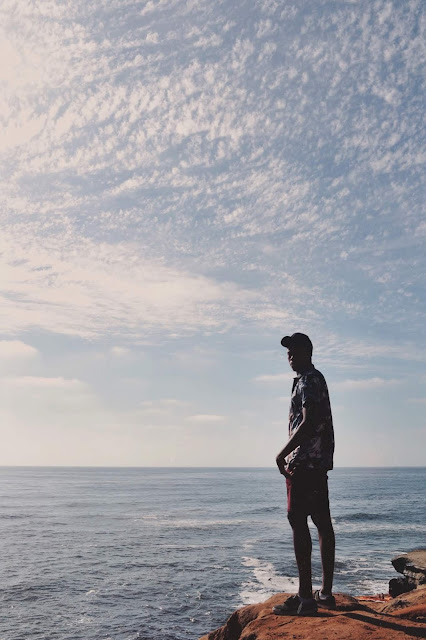 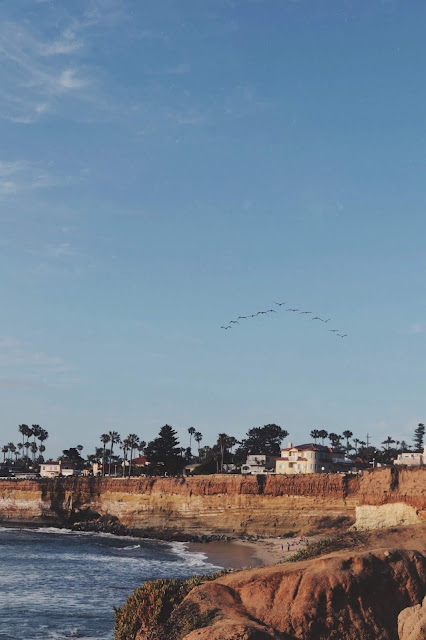 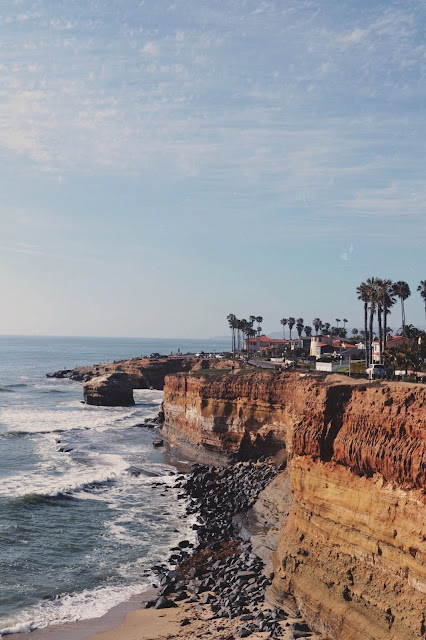 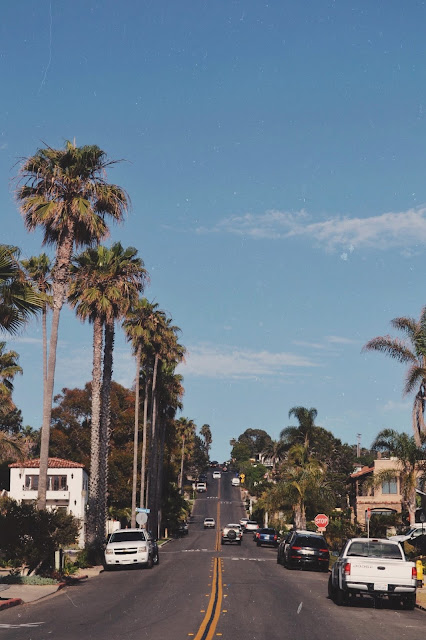 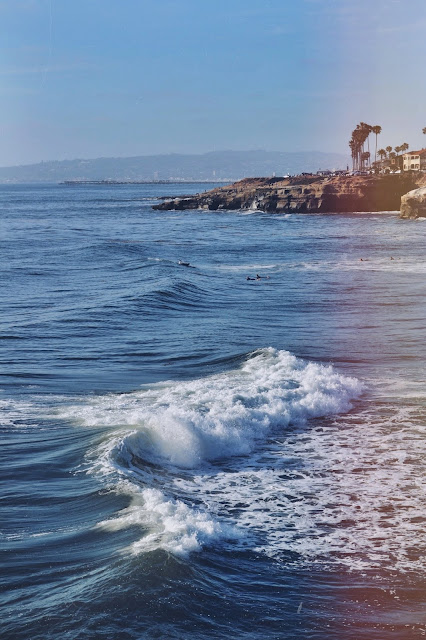 Was such a lovely end to the day sitting at the edge of the cliffs, watching people surf and hearing waves crashing against the shore :))