Went to the Dean Village as mentioned in my previous post - new year's resolution of experiencing more is still going strong! It was a small yet lovely village and it was so serene 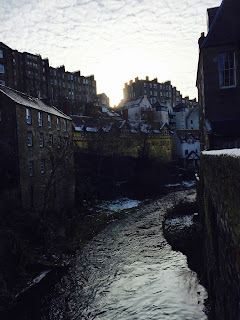 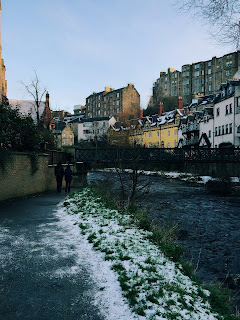 Just a 15 minute walk away from the Dean village was the Stockbridge market which was just a regular Sunday market which we visited. Natasha, Lucie's friend from the University of Bristol, came with us as she was visiting over the weekend and being a vegan as well, we headed to the vegan chocolate stand and tried various flavours of chocolate and I ended up just getting a lose piece of vanilla flavoured chocolate. I like how you'd always manage to find a vegan stand in any market here, thank you Edinburgh :') 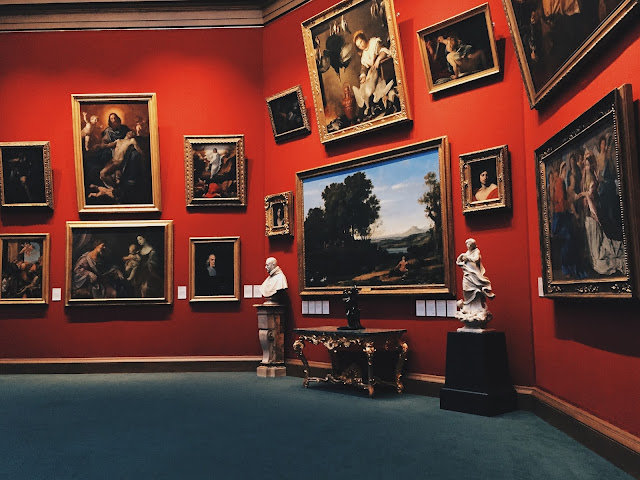 We headed to the Scottish National Gallery after the market. I am always in awe of how artists can paint portraits so well because I could never get the features of a face to look so realistic. Intricate details in a painting never fail to amaze me - the creases in curtains, the shadows of different objects, the veins on a hand, or even the tiny tiny individual heads in a crowd of people. 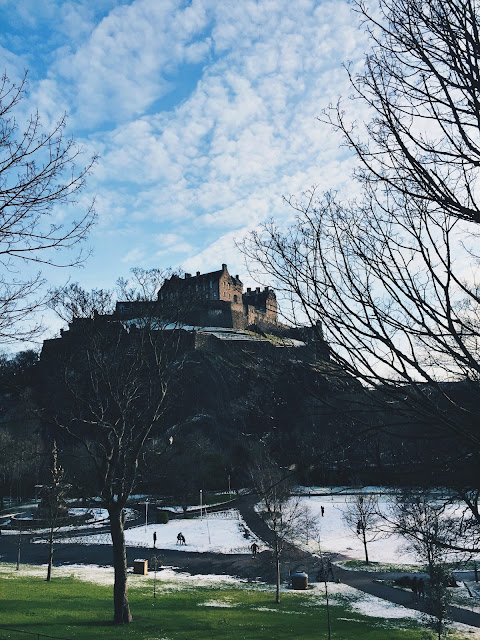 Something about being able to see the people in this photo just makes me feel so comforted, I have no idea why 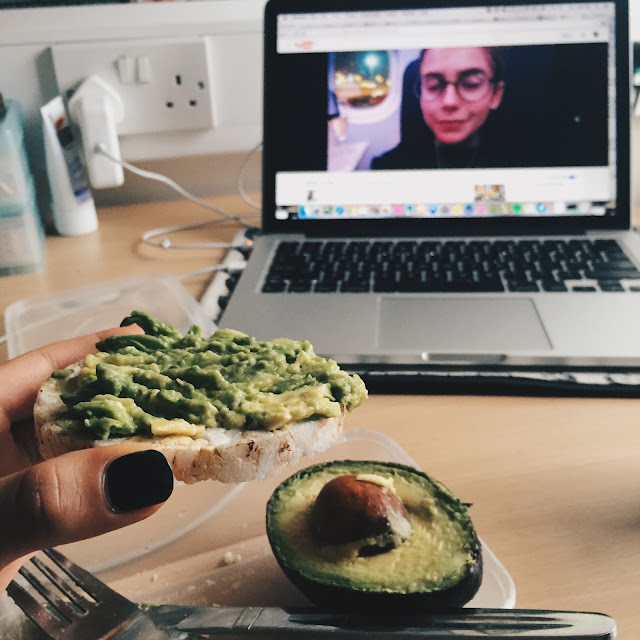 Had lunch in my room on Thursday, whilst watching sunbeamsjess's New York vlog :)

I bought cumin (my favourite spice ever!!) and sprinkled it on my smashed avocado on a rice cake and it made all the difference 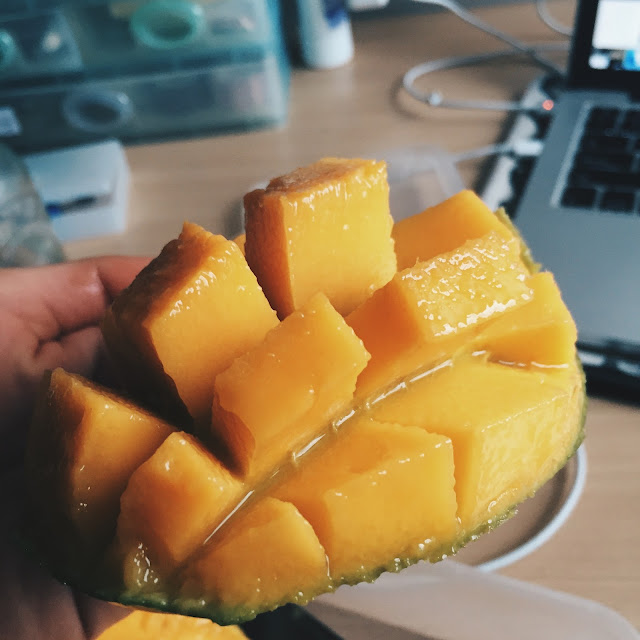 I had a mango as well and just look how delicious it looks!! 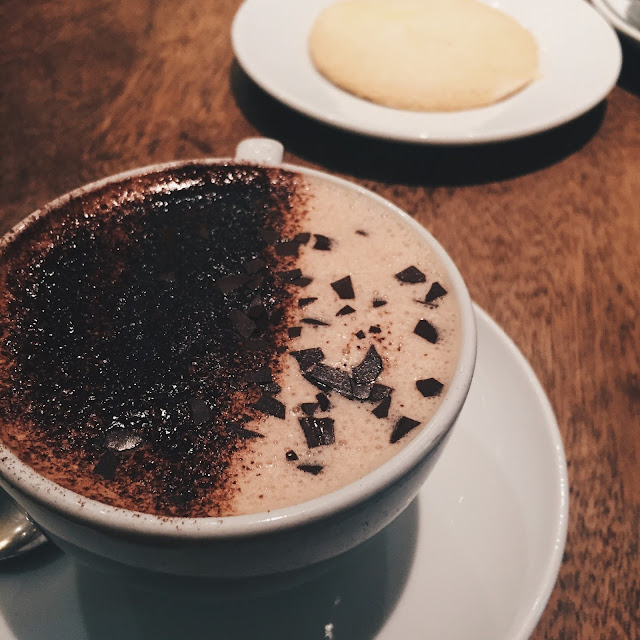 After my Sustainability, Society and Environment lecture that same day, Lucy and I met Lucie at Kilimanjaro Coffee for some nice, chill time. We all had a hot chocolate which was much needed in the cold and rainy weather 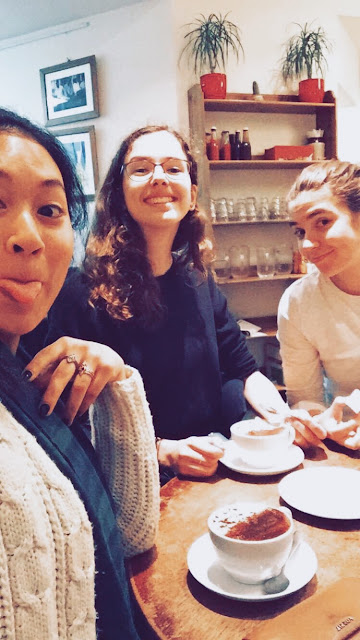 That's Lucie beside me and Lucie on the far right and they are 2 of the 4 flatmates that I'll be living with in year 2! The other 2 are Juliet and Marlena and I would have never imagined this but the house would have more vegetarians than meat eaters with Juliet and Marlena being vegetarian and I, a vegan! We'd probably sneakily try to convert the 2 Lucy's into being vegetarian day by day - nah I'm just kidding hahah. I cannot wait to start preparing my own meals next year but there's still a long way to go before we move in

We have already started flat hunting which was pretty fun but I've had 2 other friends who'd already been to flat viewings this week which is a little scary because they're so ahead of the game! But I'm positive we will be able to get a nice affordable place. Paul (mum's friend who I met in London for lunch) called that evening just to check up on me which was so incredibly thoughtful! We had a nice little chit chat and I told him how the portable heater that I got for my room was literally saving my life as he had encouraged me to do so, and we just talked about uni and he ended the conversation with " take a deep breath ", "brace yourself for the exciting semester" and "don't worry about the whole social situation in uni " as I was being a quite anxious about it. I'd have to get him a gift the next time I see him

On a random note, I have fallen in love again with S Club 7! 2 nights back I just had the random thought to listen to their songs again and it rekindled my love for them, in particular the album Sunshine! I still remember they had a tv series on Disney Channel and that my favourite member of was Rachel , oh the memories :')