This was booked with the hostel as I mentioned earlier about the list of services they offered and before the paragliding crew came to pick us up from the hostel at 12pm, we went to Bled Castle in the morning 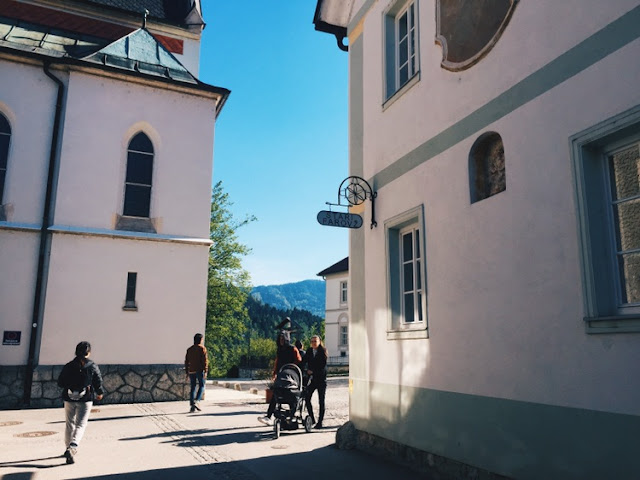 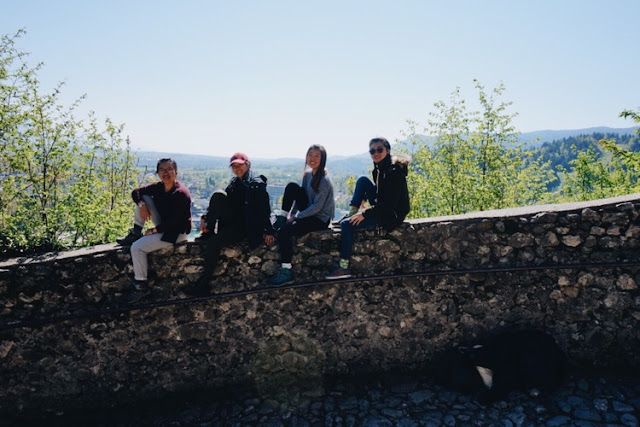 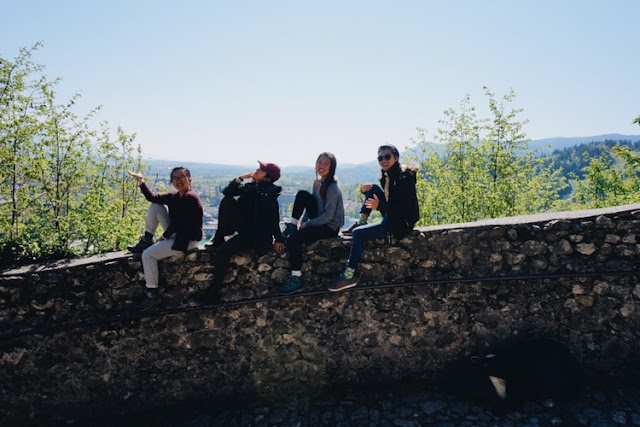 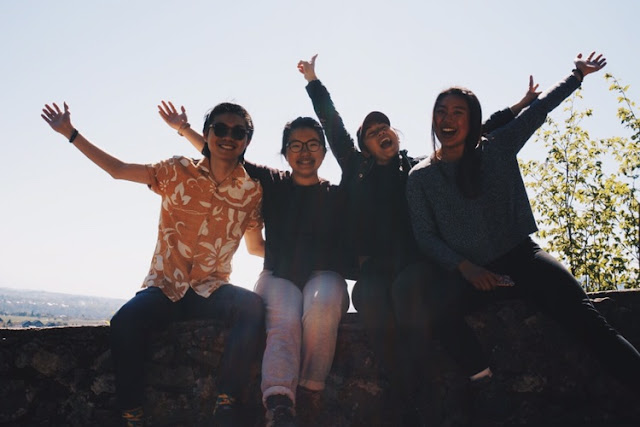 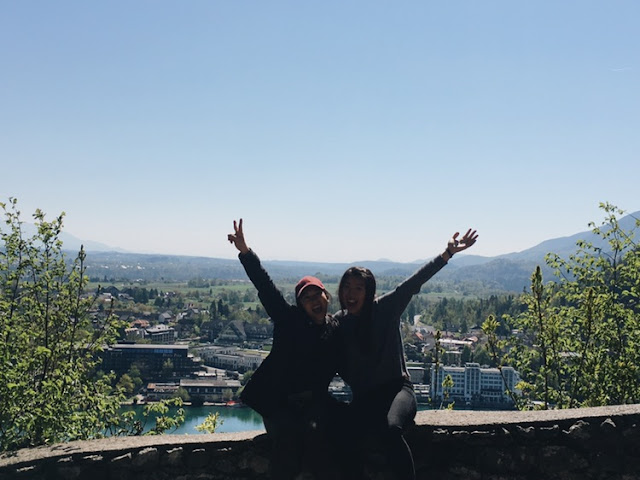 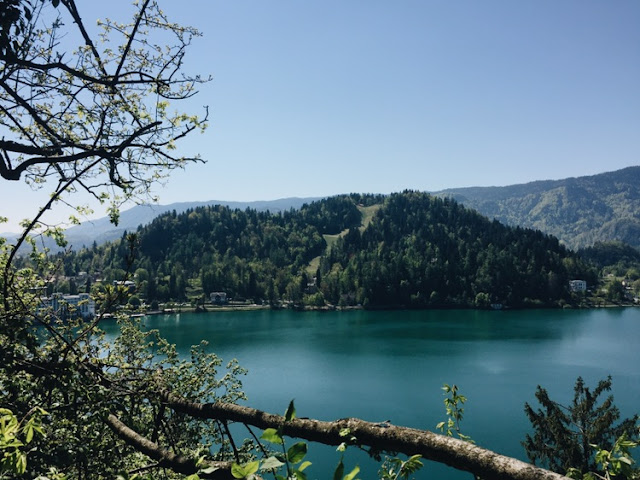 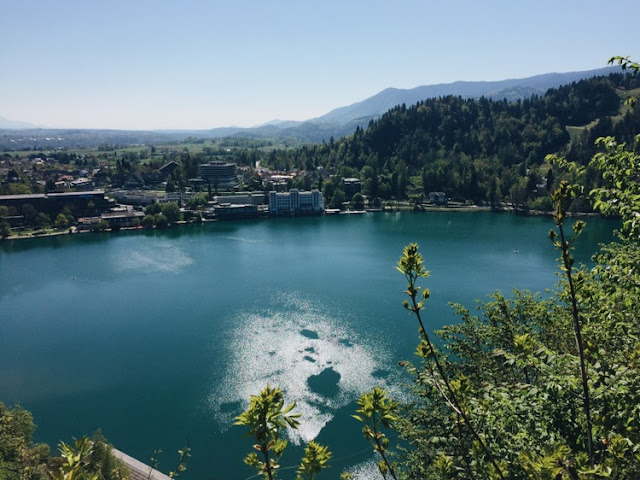 The crew came at 12pm on the dot and we drove for close to an hour to the top of a mountain, 1250m above ground where we were greeted with this breathtaking view!! 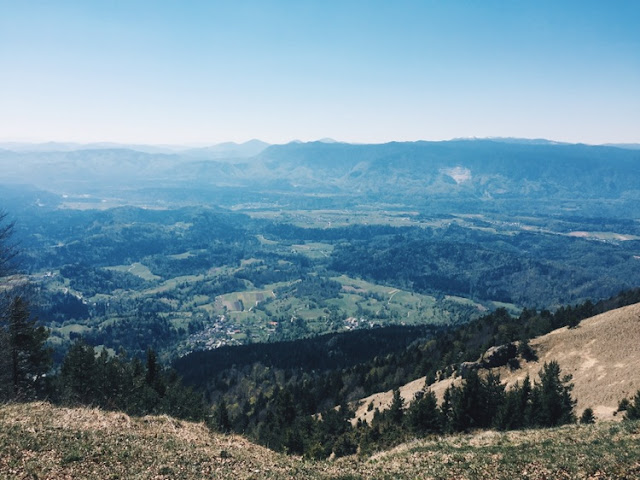 We went in twos and so Nicole and I waited whilst Clarence and Weely went first. We were also left sitting on the slope of the hill facing this exact view chatting about life, just hoping that the crew members would come back up for us as the driver had to drive back down the mountain to get the same 2 paragliders that went ahead with Clarence and Weely (so we were literally the only 2 human beings left on that hill - wee bit scary but also surreal) 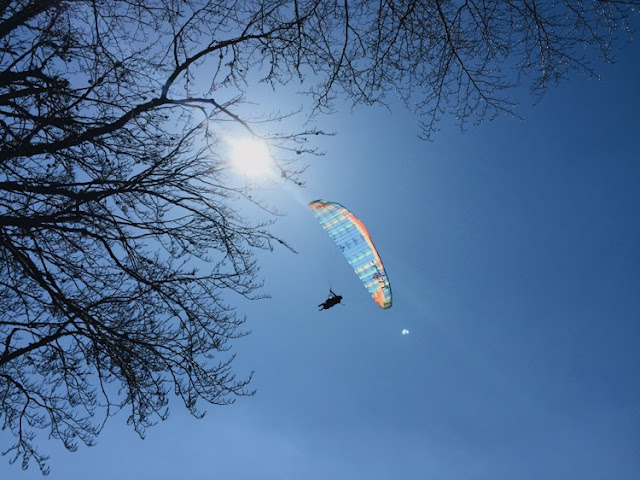 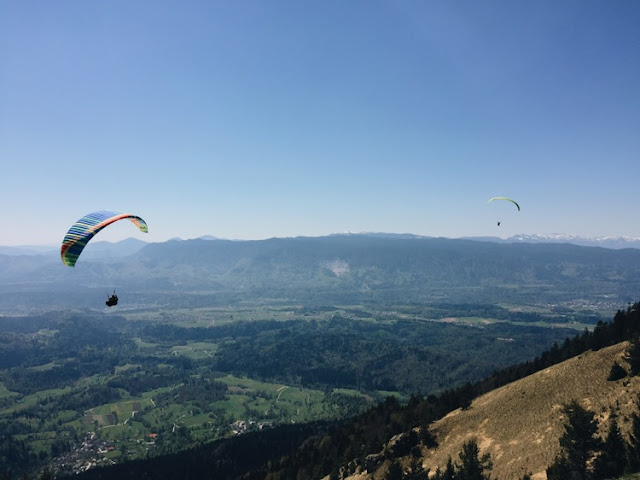 and then it was Nicole's and my turn! It was truly exhilarating being so high up in the sky (we were going up at 3m/s) just sitting on something similar to a car seat! I was also expecting the wind to be so loud that there was no chance of having a conversation but it was so peaceful and quiet, I was just chatting to the paraglider like it was so normal to just be having a conversation close to 2000m in the air with nothing surrounding me but nature 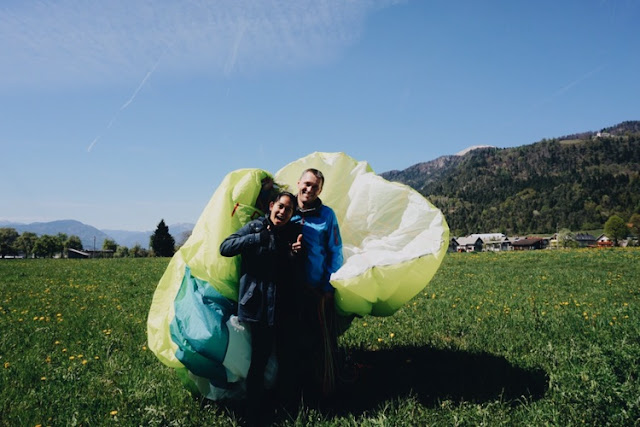 He took me on a crazy spin before we landed and the only downside was that my stomach was churning after and I felt like vomiting for the next 1.5 hours (so did Nicole). But after heading back to the hostel, we all took an hour nap just to recover from that crazy experience, and we both felt tons better after :)

After rejuvenation,  we explored Lake Bled! 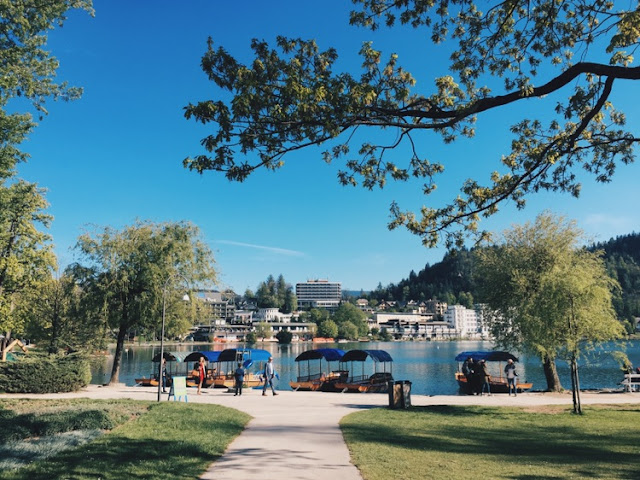 And as you can see, the weather was brilliant! 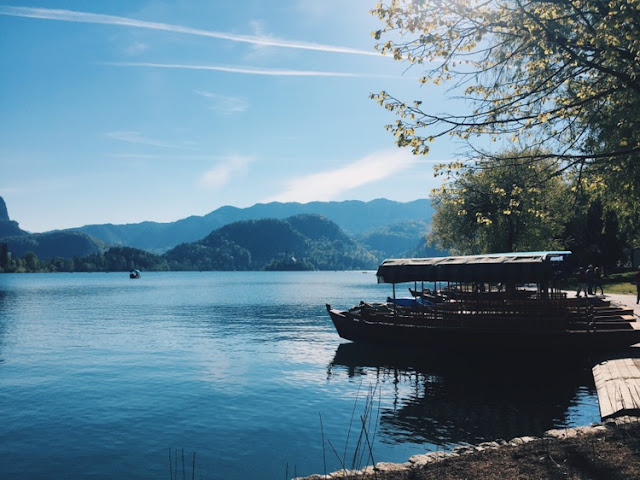 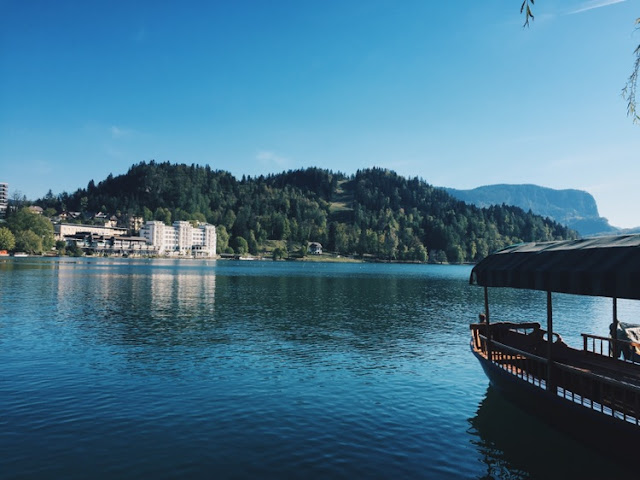 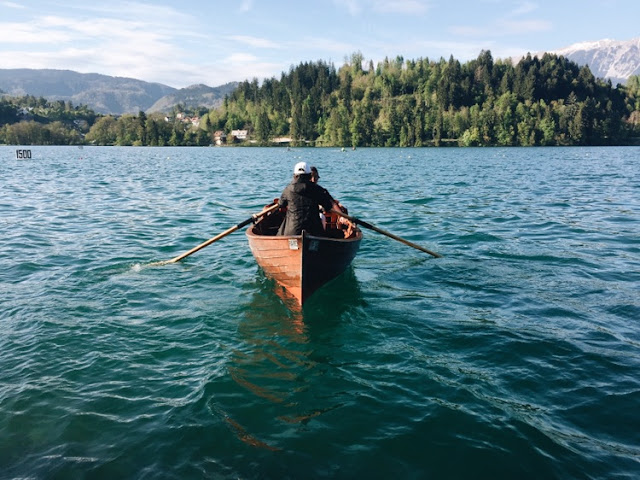 We then hired a boat (€15 for 1 hour, min 4 people/boat) and rowed our way to Bled Island situated in the middle of the lake 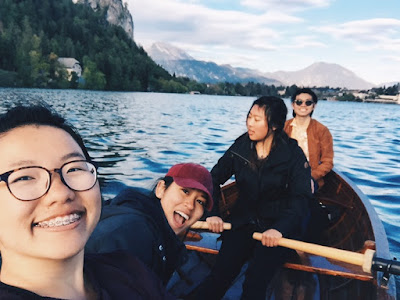 Other people made it seem so easy, but rowing was tough business!!! 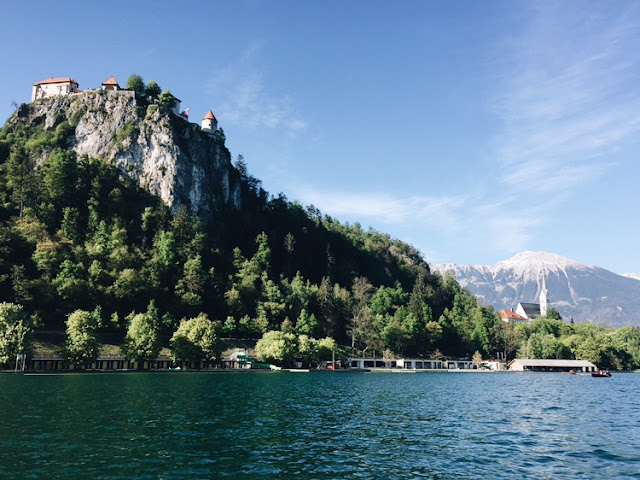 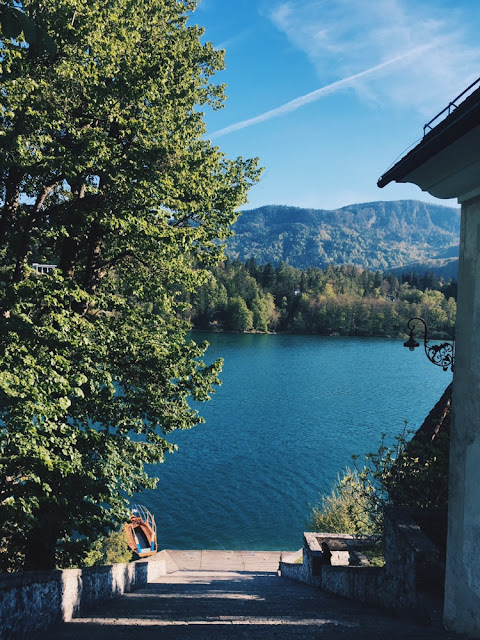 This was from Bled Island - there is nothing much to do on the Island - time constraints allowed us to stay there for just 5 mins but I feel like 10 would have been enough to just soak in more of the views. Because of our lack of rowing skills, we ended up taking 30mins more than we were meant to, but the kind gentlemen manning the boat station did not mind and did not charge us extra - thank you kind soul!!

For dinner that night, we went to the same vegan place again hehehe - so glad my friends were willing to go back to the same place because the food was incredible and also really really affordable!!