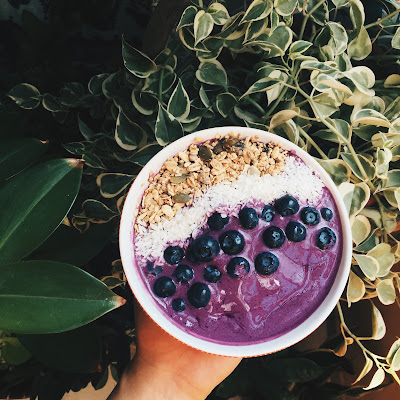 Then headed to Sheraton Towers for a cousin's wedding lunch 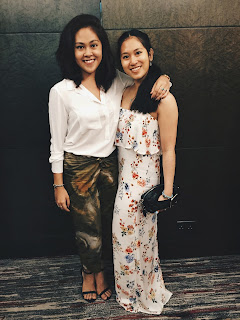 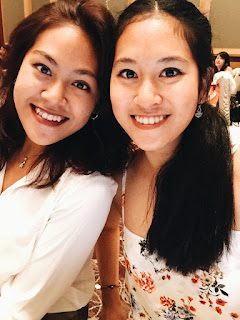 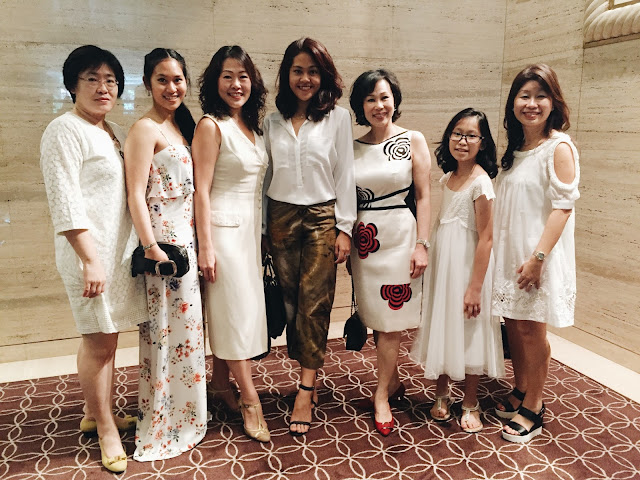 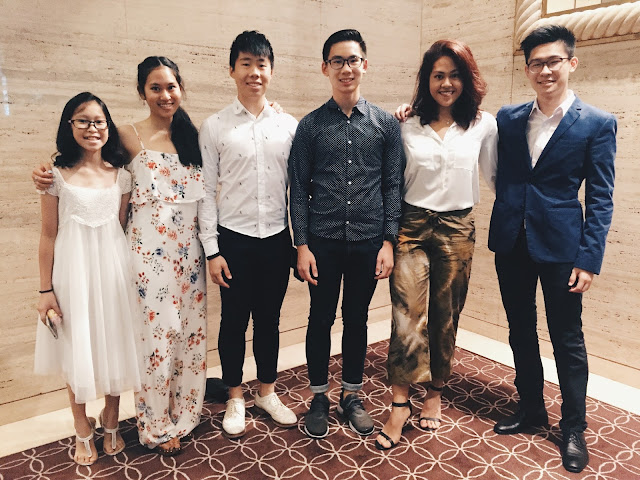 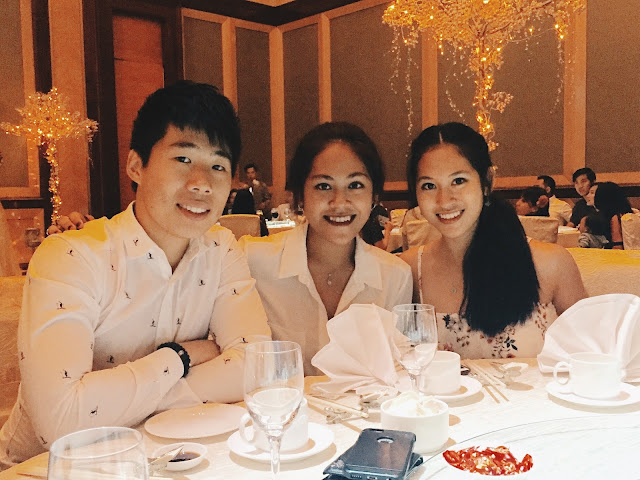 Met up with Beverly and Nicholas for lunch at Serangoon food centre! Nicholas is in my course in uni and he's Swiss/British but lived in Singapore for about 9 years (if I'm not wrong) and went to French international school here which is crazy!! 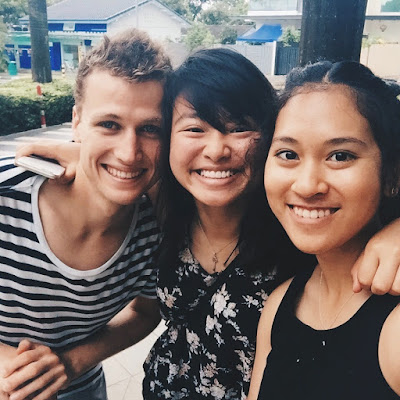 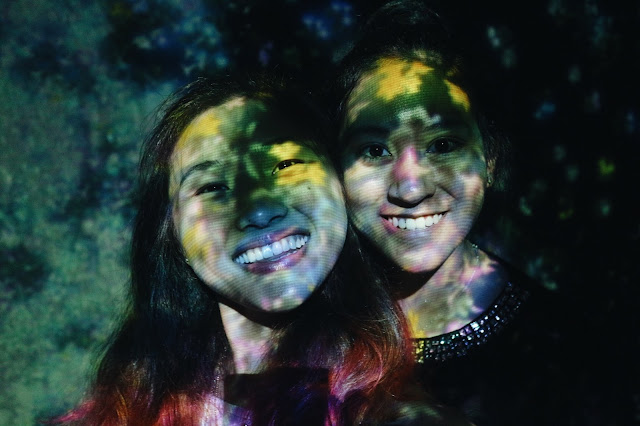 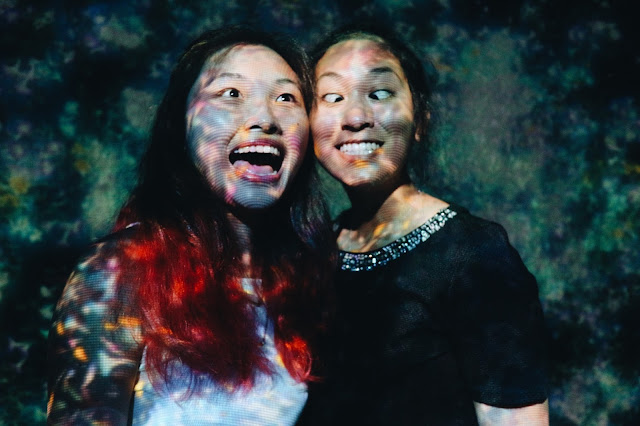 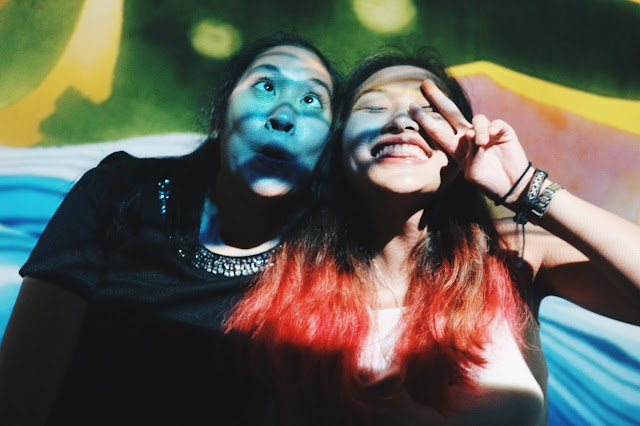 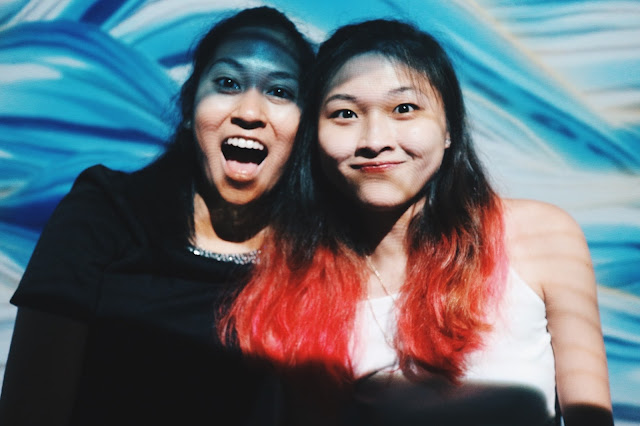 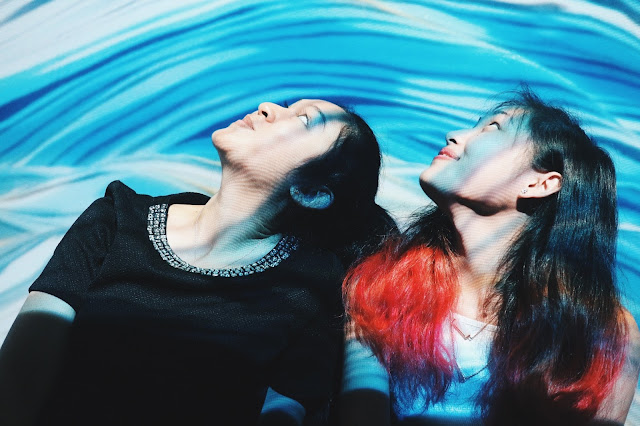 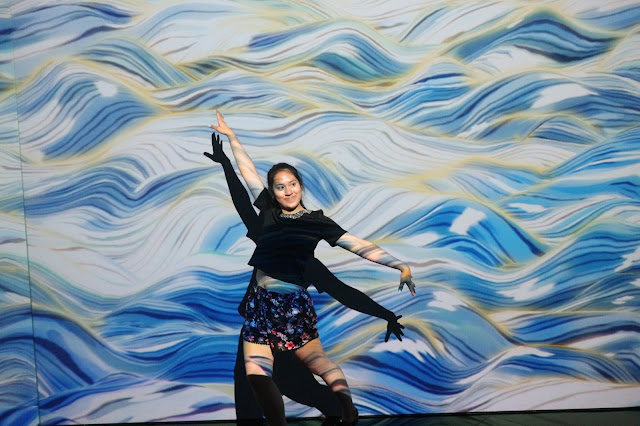 Before heading to the next exhibit, Bincs and I just laid on the bean bags for a good 30 mins where she showed me all her online shopping purchases and I casually just bought 3 items there and then hahahaha 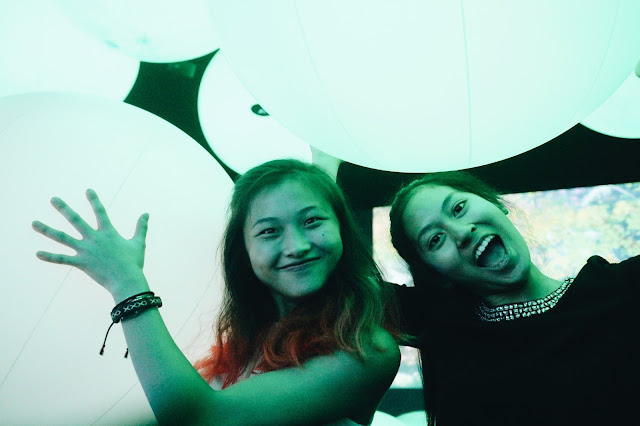 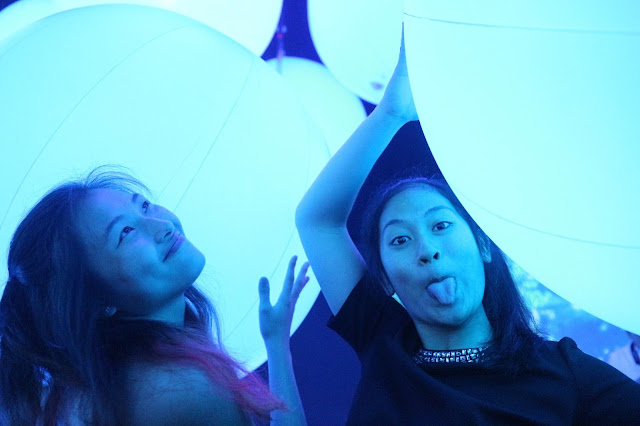 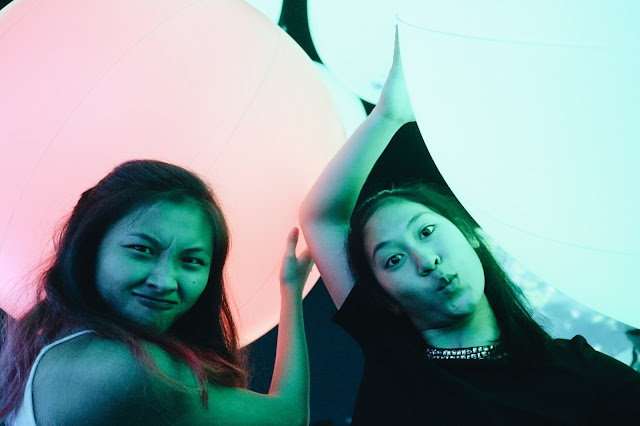 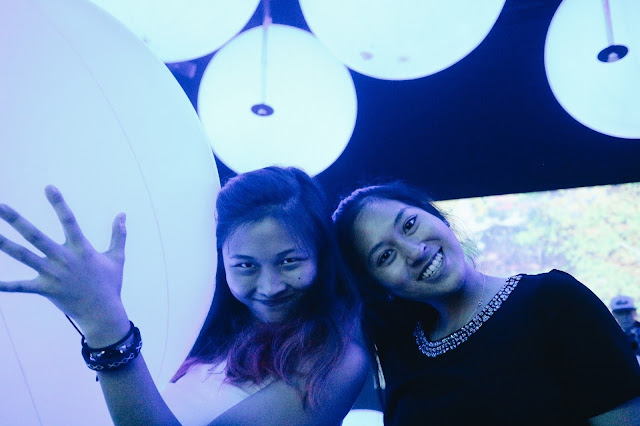 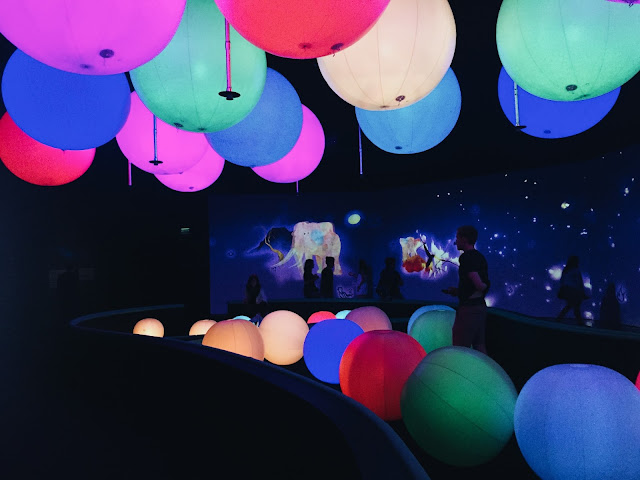 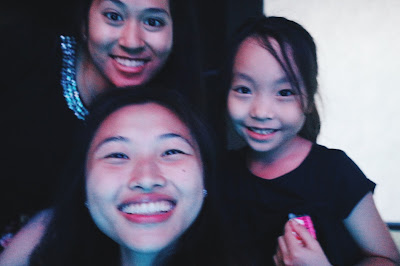 We met the sweetest, loveliest and kindest Japanese kid !! We somehow started playing by throwing the huge balls at each other and then Bincs talked to her and asked for her name and age and she was 6! (cant remember her name :'( ) and then we left to go to the next exhibit but decided to go back to where the colourful balls were to look for the girl cos she was just too cute and when she saw us, she was so super happy and excited to see us again!! It was adorable!!! and then she took out a ziplock bag full of Japanese treats and started distributing them evenly and giving them to Bincs and I ?????!?!??! We were so shocked and really didn't know what to do!! and when we wanted to return it to her, she just kept shaking her head, making sure we kept them! So Bincs and I just sat there and watched her do some coloring and helped scan her drawing into the machine-thingy, and when she wasn't looking we quickly returned all the snacks to her mother. When we were about to leave and she'd realised that we had returned the snacks, she was so upset! Seriously, she is the kindest kid that I've ever met and its so sad that we would probably never see her again but I'm telling you, the bond between us was real. sighhhhh 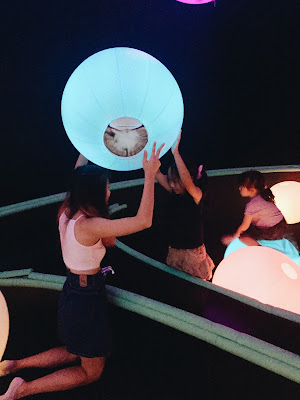 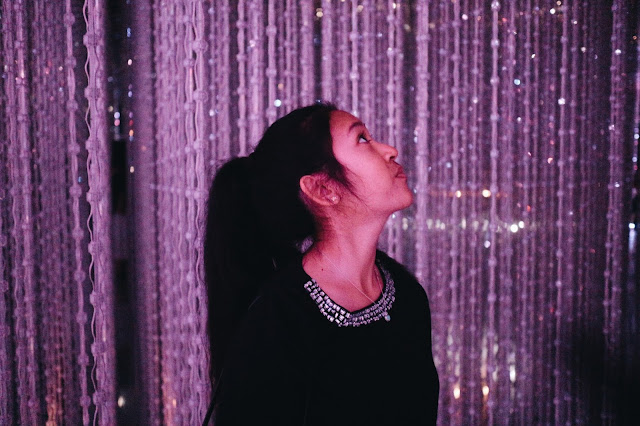 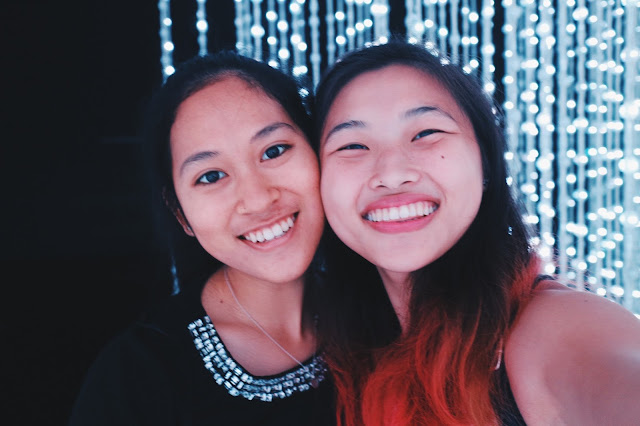 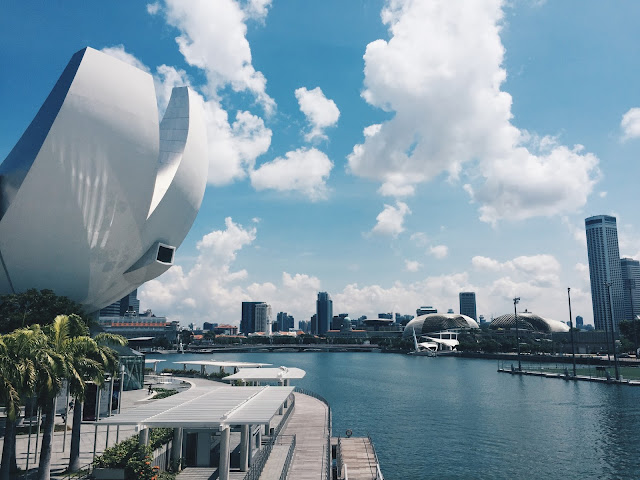 Anyway, after the museum and feeling a little sad that we would never see the Japanese girl again, Bincs and I just walked around and went to Marina Square and got some bread!! Then we just talked and walked all the way to the MRT where we parted ways. All in all, it was a super great day with Bincs and I thoroughly enjoyed the museum!! I wish there was more to see though but I was already so impressed and in awe at what was already there :) and Singapore is honestly just so beautiful!! There is greenery EVERYWHERE and its just such a scenic city!