Things have been going great lately

Day after day, so many good things have happened and I just have to share them!!

It was the last lab session for the semester! I headed down to Princes Street to go to the Apple store, bought a laptop and iPhone charger and I asked the sales assistant whether it was true that the next appointment available for phone/laptop service was on Friday and she said they did walk-in-on-the-day services as well! I was so incredibly happy when I heard that and they managed to slot me in for an appointment 1.5 hours later to get my phone fixed :) So, after going to Pret and ordering a green tea to study, I went back to the Apple shop, and the guy told me that it would cost £79 to get a new screen. I was prepared to pay the amount so I was just like "oh yeah that's fine". After heading back out to study as the servicing took an hour, I went back to the store and got my phone back and it looked so beautiful with its new screen heheh, and the conversation went something like this

"Ok Jasmine, here's your phone, have a great evening"

"Oh you don't have to pay, its covered by the warranty"

At this point, I seriously could not believe what he just said!!

First of all, I already had my screen replaced once and it was not one from a certified Apple carrier and so the defect was obviously due to the fact that my screen was not a legit Apple screen and hence it was not Apple's fault that it was acting up. I also mentioned this to the guy servicing my phone and so he knew it wasn't an Apple screen

Secondly, I cracked my screen (even after replacing it, I know I know, I’m very careless), which would not have been covered under warranty in Singapore

"Are you very sure?? You're telling me the new screen is free??"

"Omg this is the best christmas present ever, thank you so so much! Have a great day!"

I cannot believe that just happened and I cannot express how extremely delighted I was that day! Ahhhh I absolutely love the service here!! Everyone is so nice!! and so I walked back to halls feeling like the luckiest girl alive that day and the cold didn't even bother me:) I also got back my first essay and I was really satisfied with my mark!

I went to buy lunch at Jordan Valley’s, which is a health food store near George Square, and they have ready to go meals ranging from £2-3 and I got a Mujaddara Chilli one. As I was paying, the guy behind the counter brought out another 2 packets and said “ We need to get rid of these 2, why don’t you take one back” and me being insanely excited: “ Omg are you serious!! That’s amazing, I’ll take the vegetable couscous thank you!!” and again I felt so lucky and happy!! (I’m running out of adjectives) There’s nothing better than being able to get free lunch as a student! 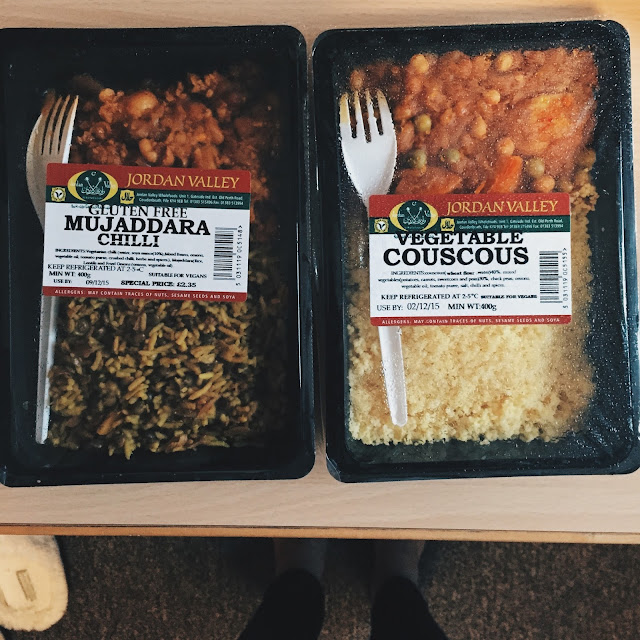 My dress from TopShop also arrived that afternoon and though it is a little big on me, I still love it so much! I also received my second essay and it was the one I thought I would fail and was probably my worst written essay ever (I wrote about it in an earlier post), and I did ok?? Till now I’m still confused as to how they marked it, or what they saw in my rubbish answer but I’m going to collect it on Thursday with the remarks so I’ll see where I "supposedly went right". I made hot chocolate that night and it was DELICIOUS! I just heated up some almond milk and put in 2 squares of Green&Black’s dark chocolate and tada! It made studying slightly less painful hehe

I finally had the chance to go for ballet! Honestly, I've missed it terribly! It’s been one of the longest periods I’ve gone on without dancing and boy was it sad!! I went with Eraena (I mentioned her in an earlier post that she attended Boston Ballet Summer School the year after me) and class was pretty ok! Though we both agreed that the combination of the exercises did not flow that well, I’m still glad I went, and I might go again on Friday! When we were doing pirouettes, the teacher went straight into pirouettes en manege (in a circle around the room) and fouettes after – I was so not ready for that after not dancing for so long, but I did survive!!

After class, Eraena and I went to Hula’s juice bar and got an Acai bowl each! It was soooooooooo good :) Look how amazing they look! 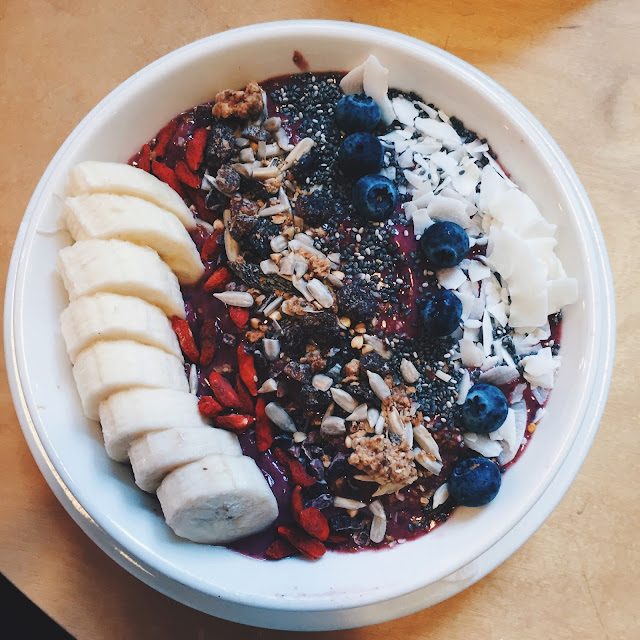 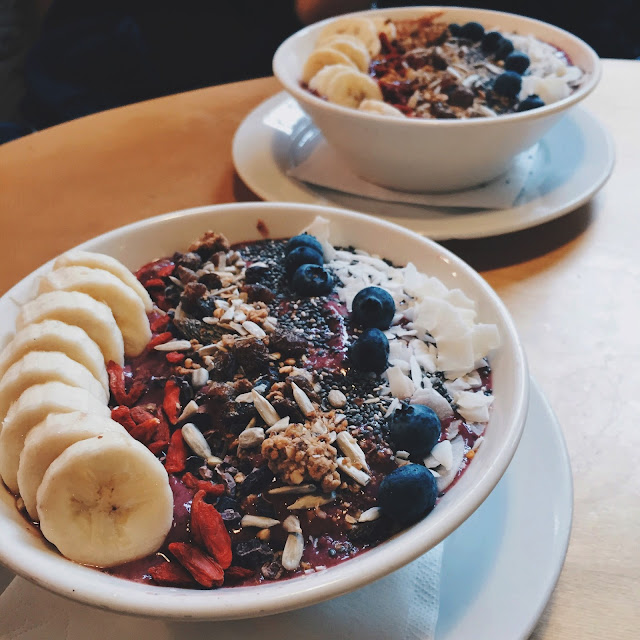 I’ve been feeling so great so far this week and I hope this carries on throughout the week! I’ve also been receiving so much positivity from friends and I’m so thankful to be surrounded by so many lovely people who encourage me along the way and care for me (you know who you are and I am eternally grateful for you guys)

To end off with a lovely quote which I will hold true to my heart (This was introduced to me by Natascha – thank you for all your inspirational quotes, it really keeps me going!! <3)

I feel so empowered for some reason after reading this and I hope it has the same effect on you reading this as well! Just a little reminder to keep your heads up and keep going! When the going gets tough, the tough gets going!

Have a fabulous week ahead and congratulations to everyone who’s finished their first semester of uni and A levels! It’s crazy to think that one semester of uni is going to be over soon!!