Vegas and the Grand Canyon

A stressful and rushed morning left us with a slim 5 mins window from arriving at the Greyhound bus station to getting on our bus but we made it!! 5 hours later, we arrived in the desert city of Vegas

We checked into Stratosphere hotel, which we managed to get a really good deal for and this was our view from our room! 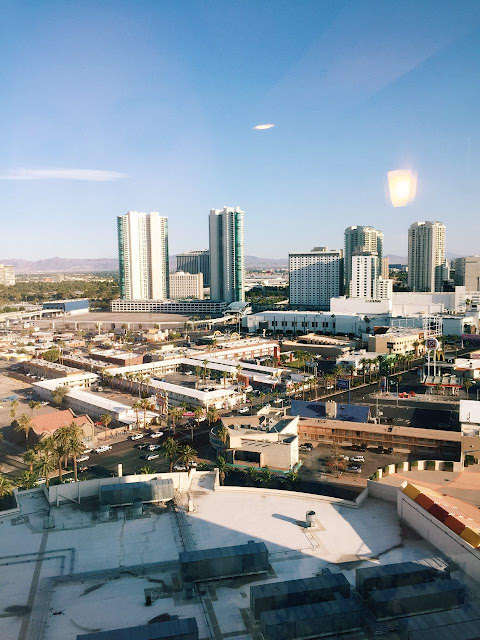 We then got an uber to Vegenation and the food was incredible! 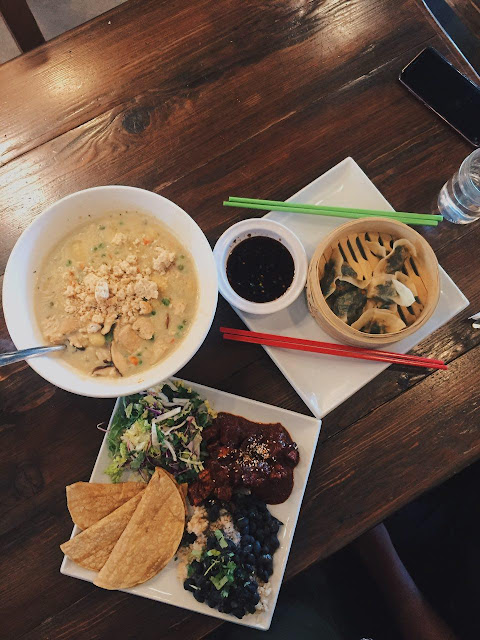 We shared a mexican jackfruit mole dish, dumplings and a chicken pot pie !

Once we got back to the cool hotel, we decided to have a shot at roulette and it was so much fun! The dealers were so professional and there were so many rules that made it just so official - well I'm sure it is the same in all casinos but because this was my very first time in a casino, it was so much to take in and I was just really impressed yet intimidated because everyone else seemed like they knew what they were doing

Anyway, Topo and I managed to make decent winnings! We consciously made an effort not to be too greedy and learn when to stop and it was a really good experience because I could understand (from my short experience) how addicts become addicts at the casinos. I found it really mind boggling how one could feel so in despair from having lost something that they didn't even own in the first place e.g. winning $40 and losing it the next round and feeling so annoyed without even remembering that the $40 of winnings literally came out of thin air!!

After that cool experience and really nice chats with some of the dealers, we checked out the pool which had a really nice view of the city and then headed back to our room for dinz 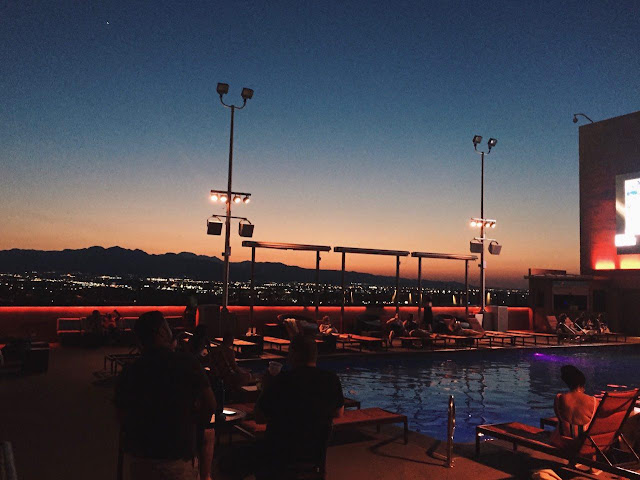 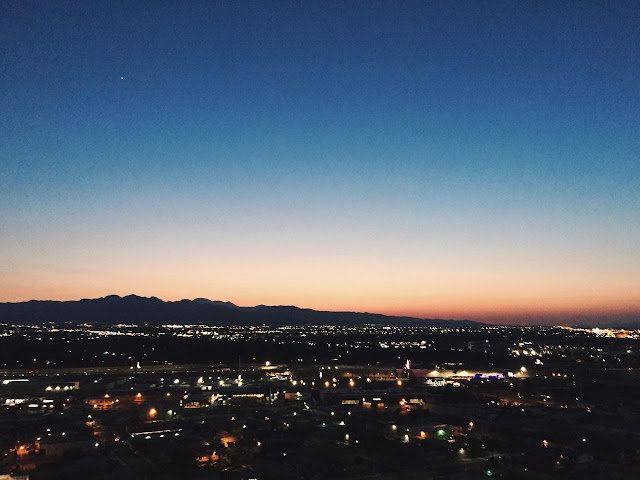 Another mistake made - we ordered room service 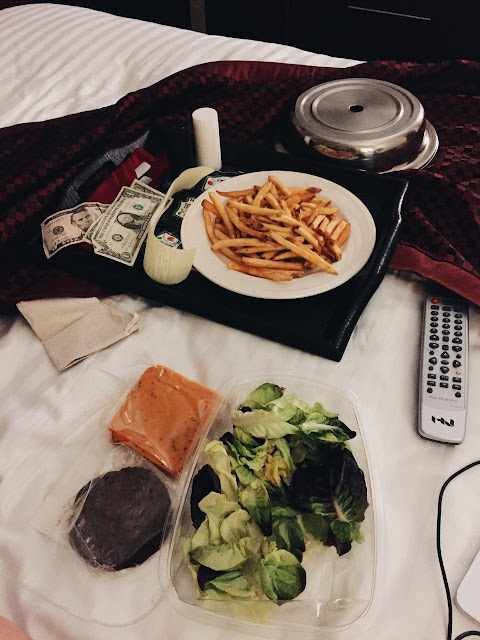 We had our extremely overpriced fries with lettuce and mushroom patties and 'cheese'!

and it turned out to be a really yummy DIY dinner ☺

The next morning, we got up at 5:40 am to start our day trip to the Grand Canyon!

We were shocked when we entered the lobby of our hotel because there were still people sitting at the slots machines - and no they did not wake up at 5 in the morning to come and play, they've been sitting there the whole night. 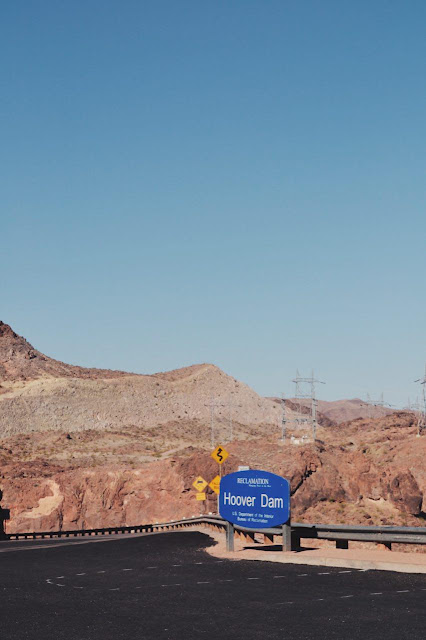 Our first stop on our tour was to the Hoover Dam! It powers the entire state of California, Arizona and Nevada 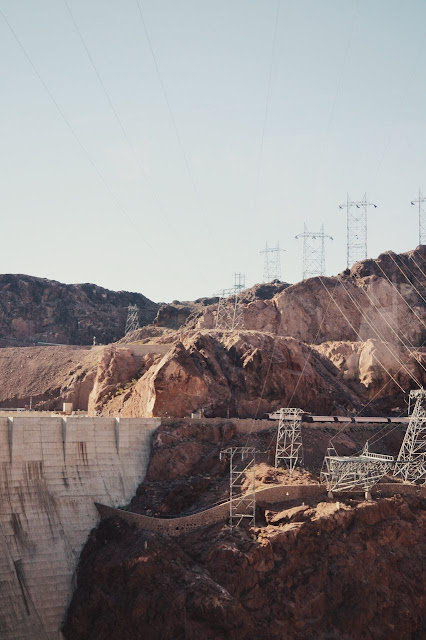 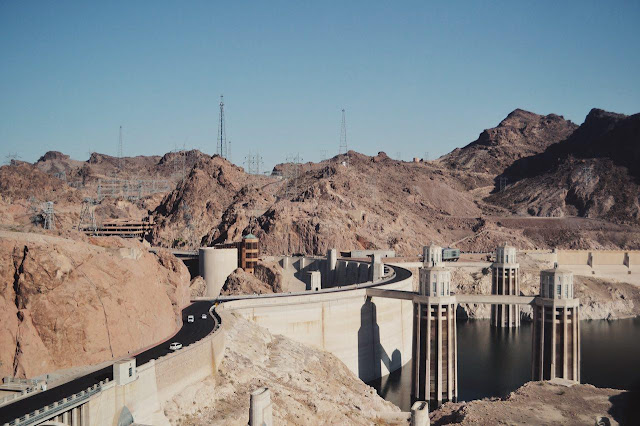 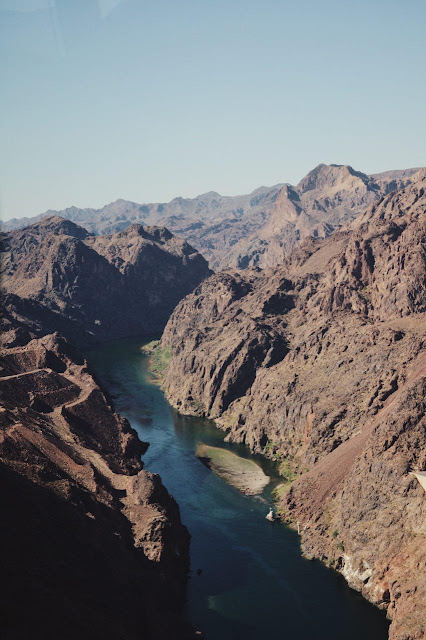 Our next stop was the Route 66! Where real-life inspiration for Cars (the disney movie) was drawn from ☺ 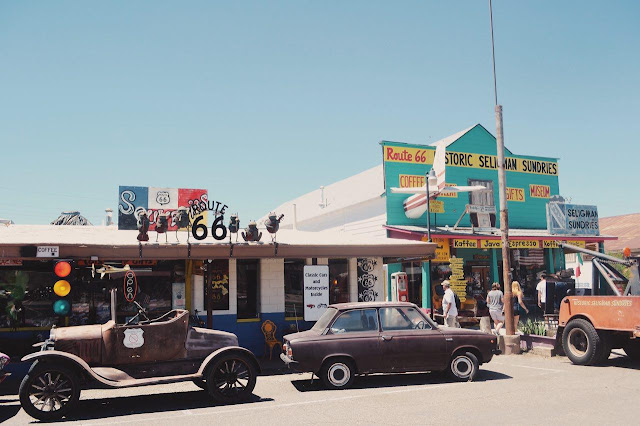 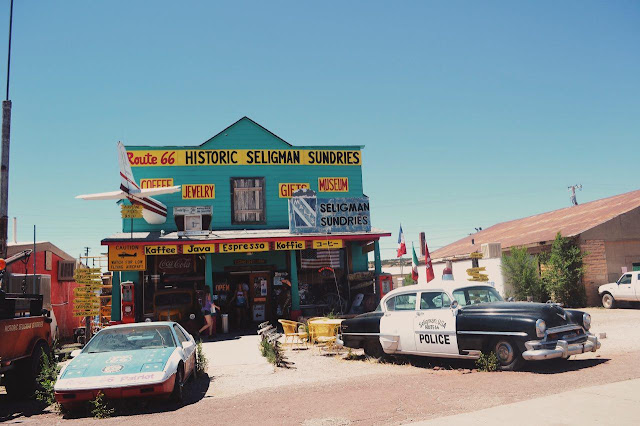 and we then finally got to the South Rim of the Grand Canyon!! 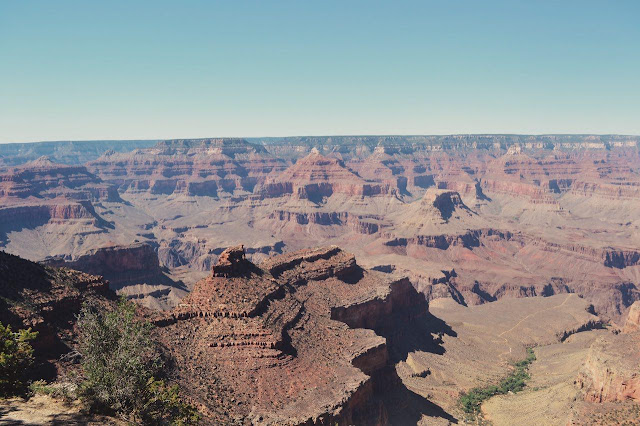 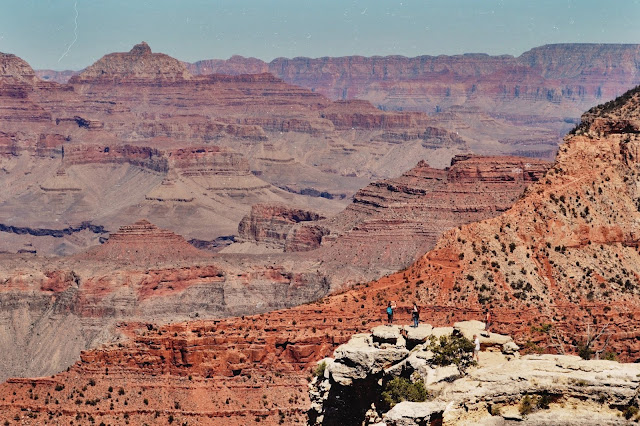 Can you spot the tiny people 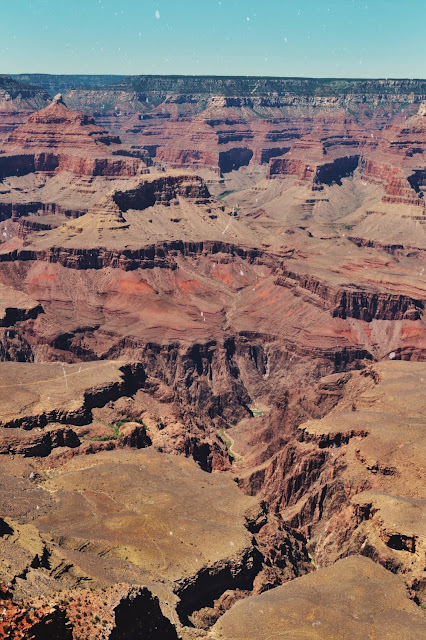 Personally, I preferred Yosemite because we were actually hiking in the park as compared to the Grand Canyon, I felt like I was just a spectator because I was not immersed in the environment 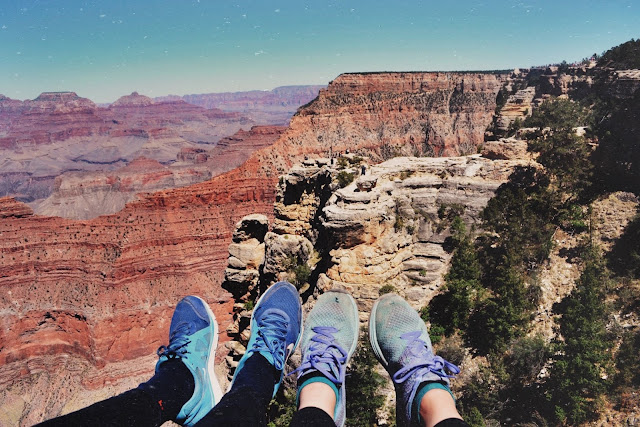 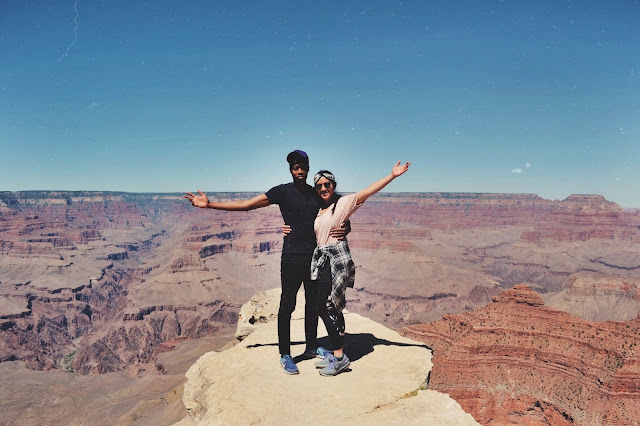 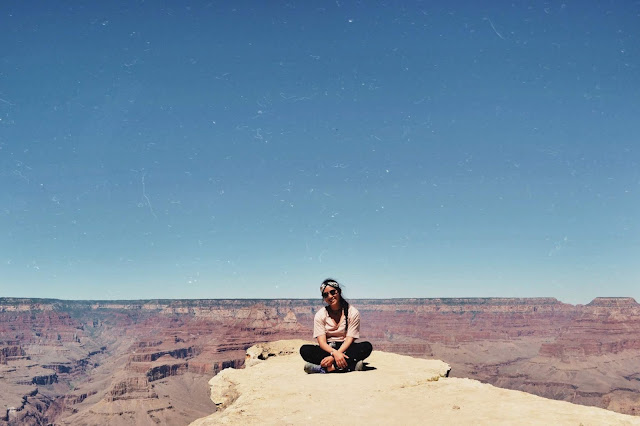 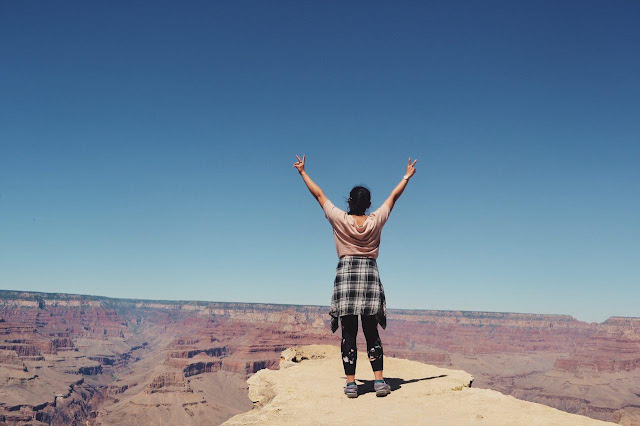 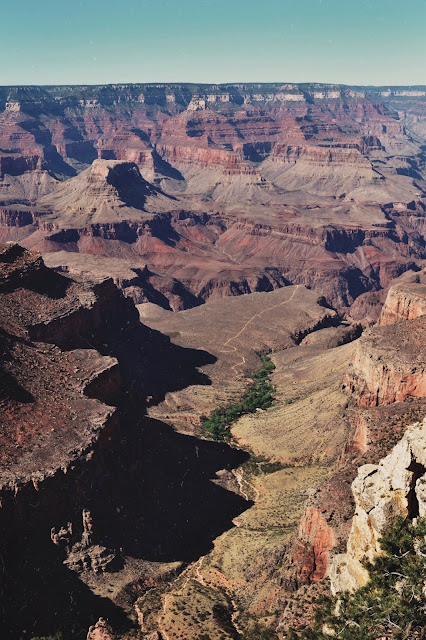 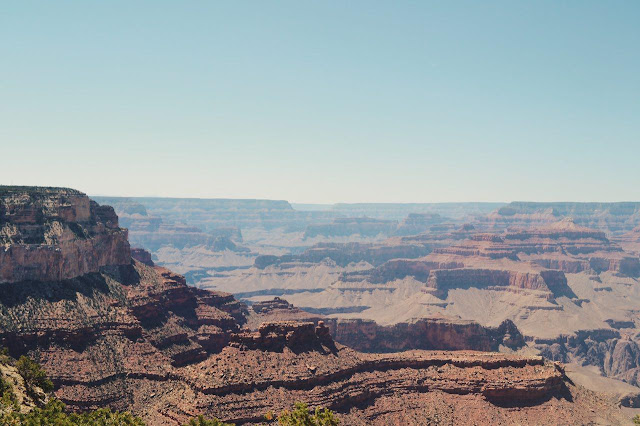 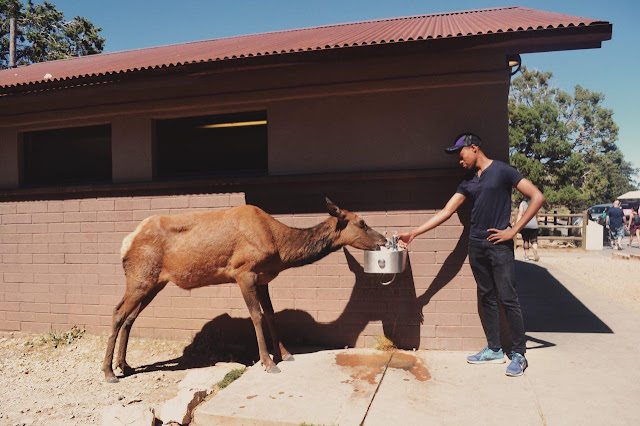 and look at this cutie elk drinking water! 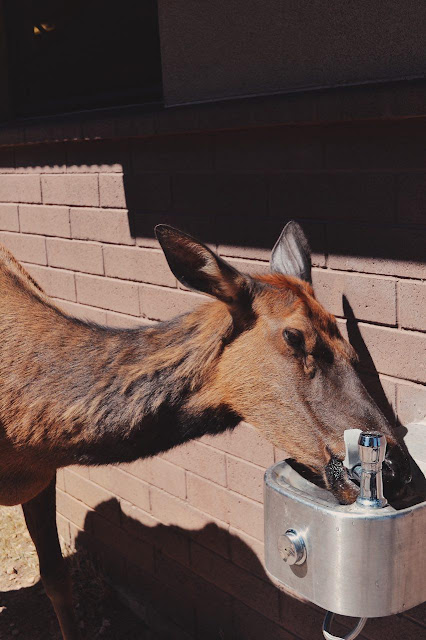 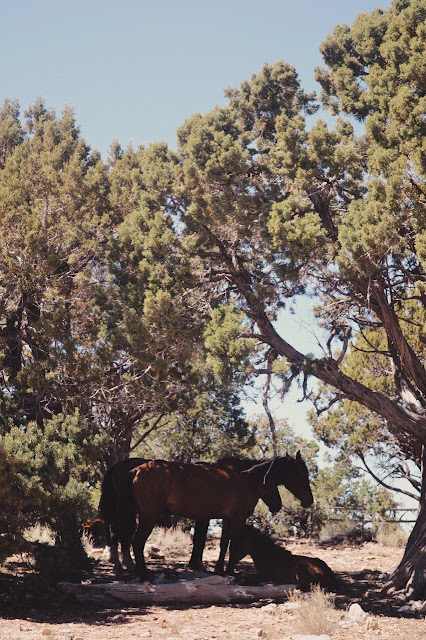 After we reached the visitors centre, we managed to quickly grab dinner to-go at a restaurant there because we knew that In-N-Out didn't have many promising vegan options (which was the planned dinner destination with our bus tour) 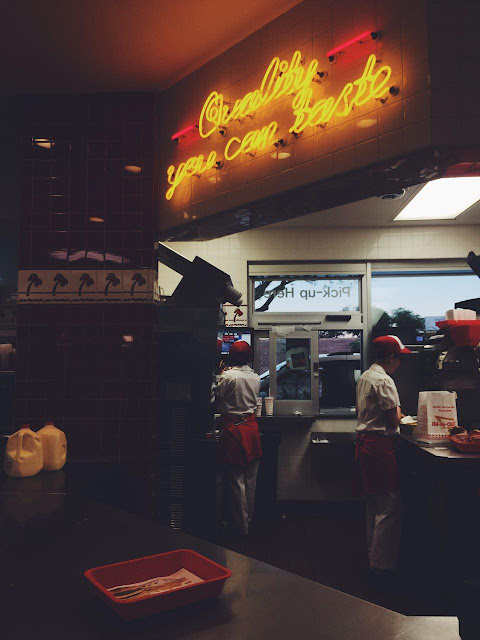 We stopped at In-N-Out and ordered fries with fried onions and chilis to go with our dinner, but they were so bland and underwhelming 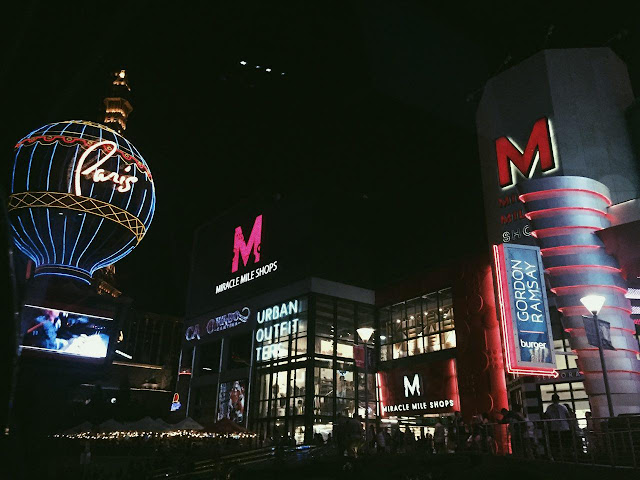 The drive back to our hotel was so nice because we got a free night tour of the city! It was perfect because the bus dropped the various guests at their respective hotels and ours was one of the last hotels on the list and so we got such a beautiful tour of the city :) 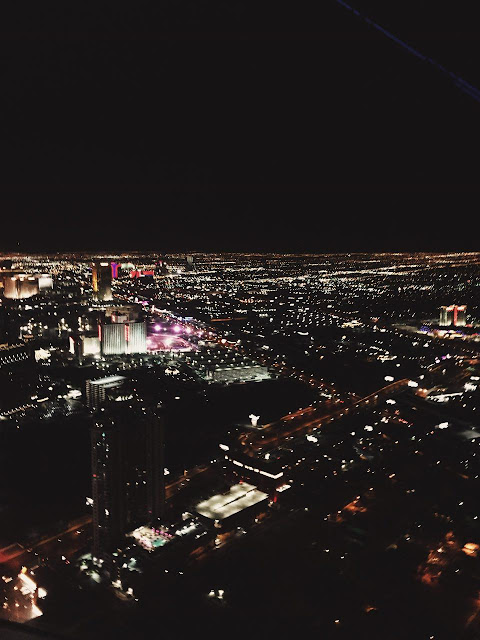 The next day, we treated ourselves to a surprisingly good and vegan-friendly brunch buffet at the hotel and spent the entire day at the casino hahaha

We both started feeling not so great after a couple hours because the air in the casino was really bad - not only was it not circulated well, but people were allowed to smoke indoors and so I quickly developed a headache ☹ But the table we were playing at had such a good energy because the couple we were playing with such friendly and fun people, which made the game so much better!

Our hotel also had thrill rides at the top of the hotel, which were 100 stories above the Vegas strip! As hotel guests, we had the option of getting an unlimited pass and so we did and managed to make good use out of it before we headed to the Greyhound station to catch our bus to San Diego ☺