Took a trip to the Pentland Hills in Edinburgh on Saturday and it was such a magical day :')

The entire grounds were covered in snow and I felt like I was in an entirely different country! The view was honestly breathtaking and the company made it all better as well

It took us about an hour and a half by bus to the Pentland hills and then another hour of walking (prolonged because we kept stopping to take pictures along the way but how could you have not?) before we reached the start of the Harlaw Woodland Walk 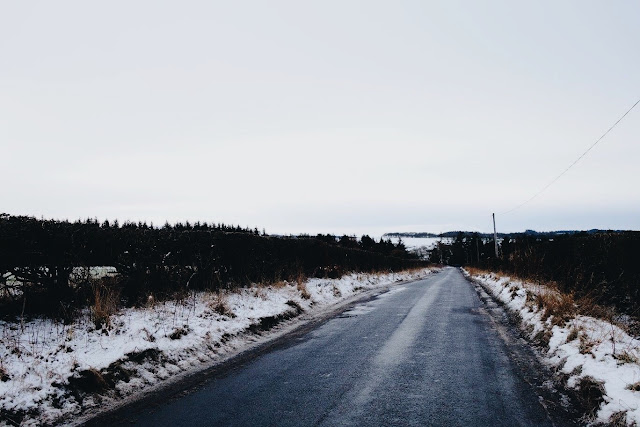 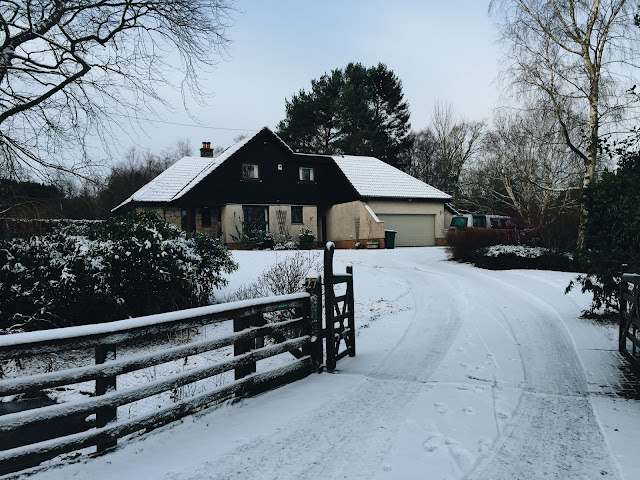 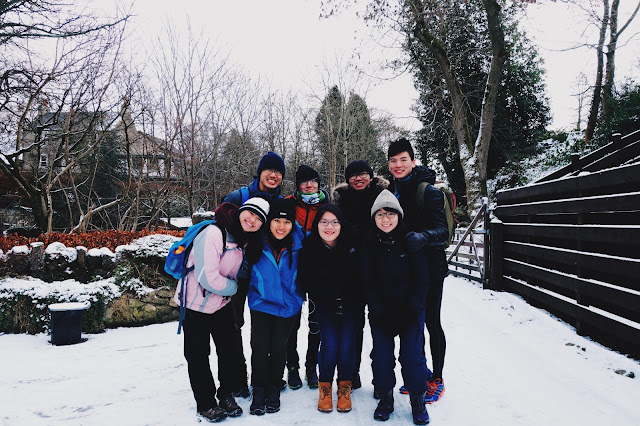 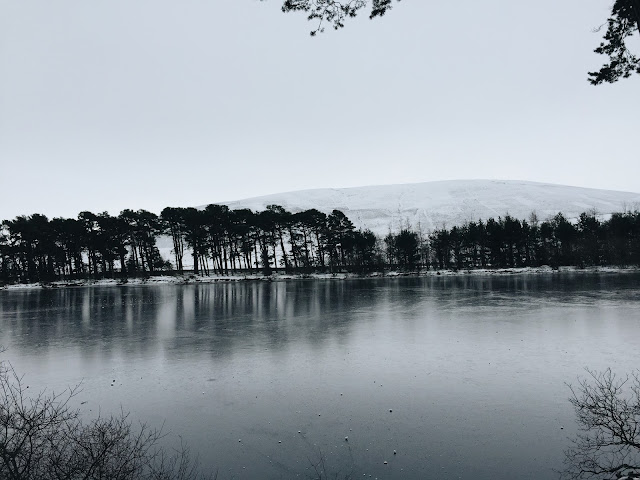 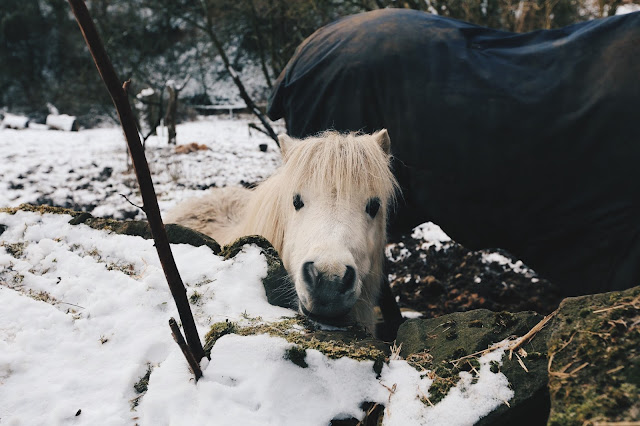 We saw a horse and a pony along the way to our destination! 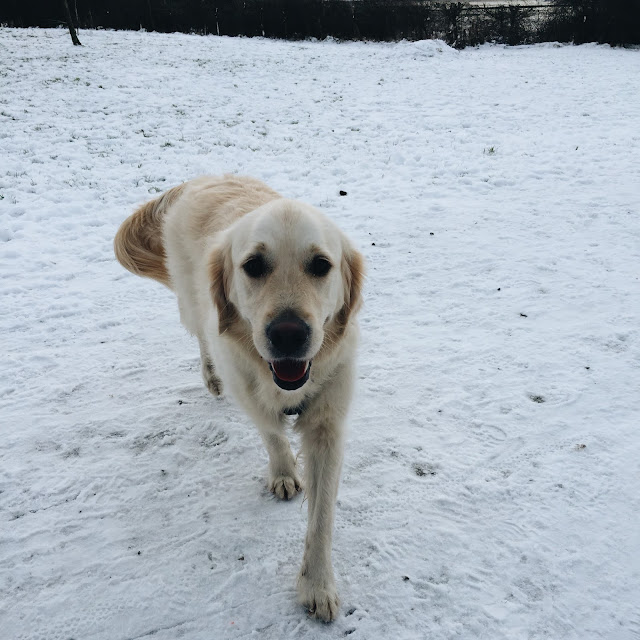 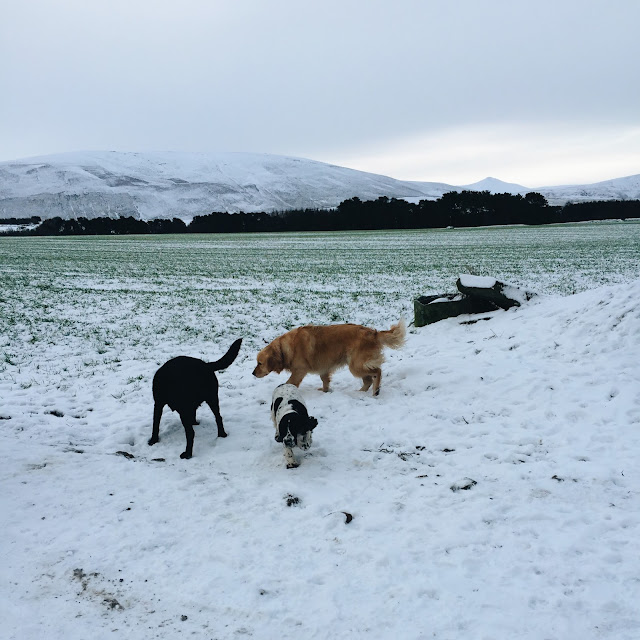 There were loads of people who had brought their dogs along and you could tell that the dogs were just loving life and having a blast running everywhere and anywhere as none of them were on their leads. At one point of time when we stopped for lunch at the visitor's centre, there were about 15 dogs on site which was lovely! 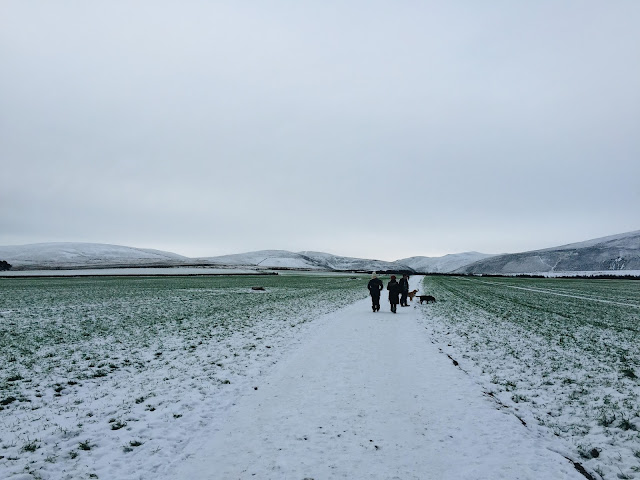 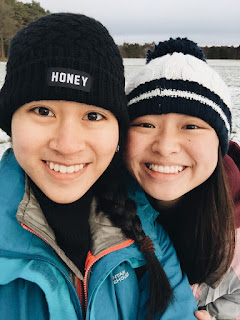 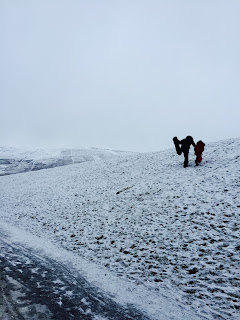 We tried sliding down the hill as well but because I was wearing jeans, I just went down squatting down as I didn't want them to get wet. But Gordon went down on his belly and a few others just sled down on their butts! 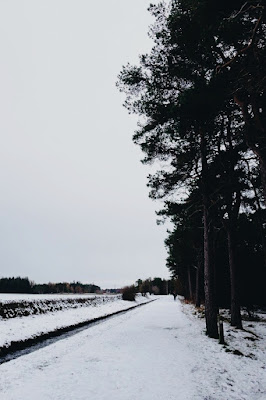 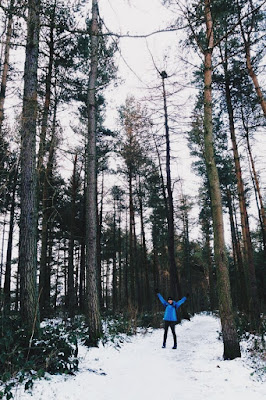 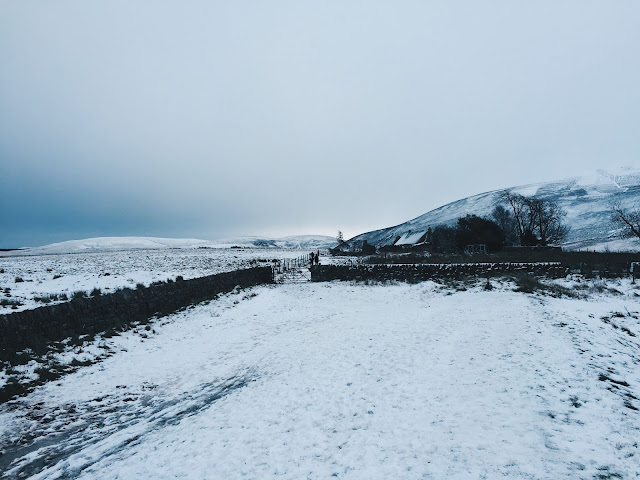 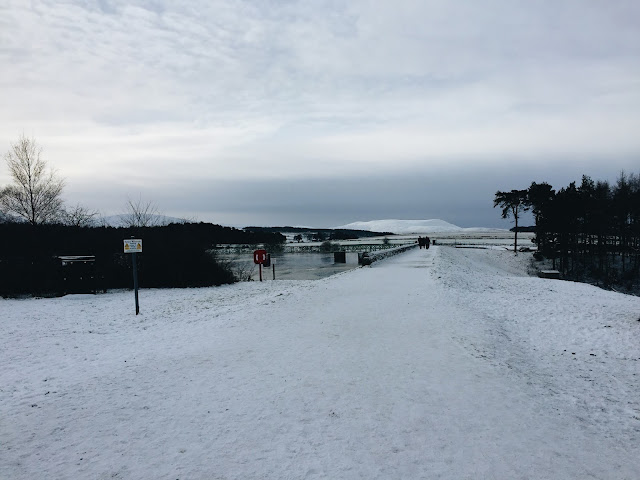 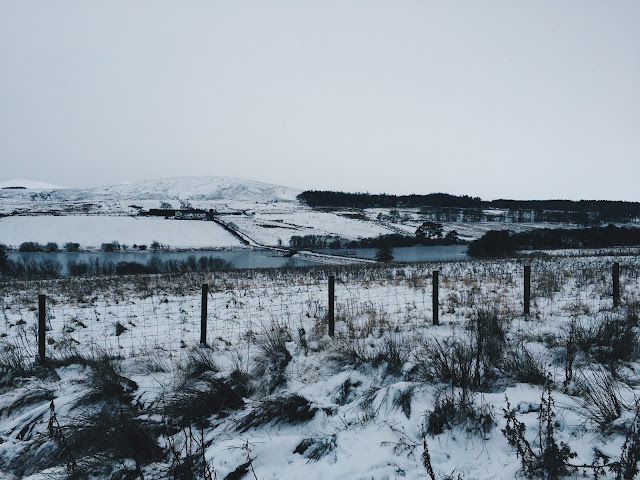 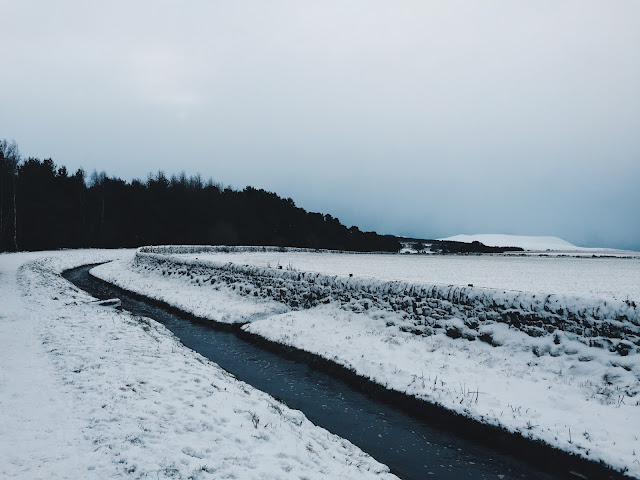 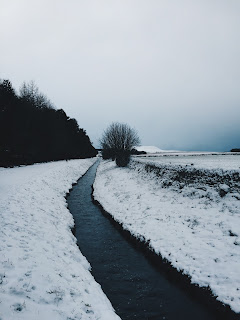 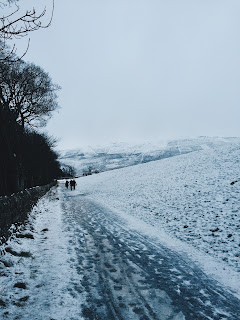 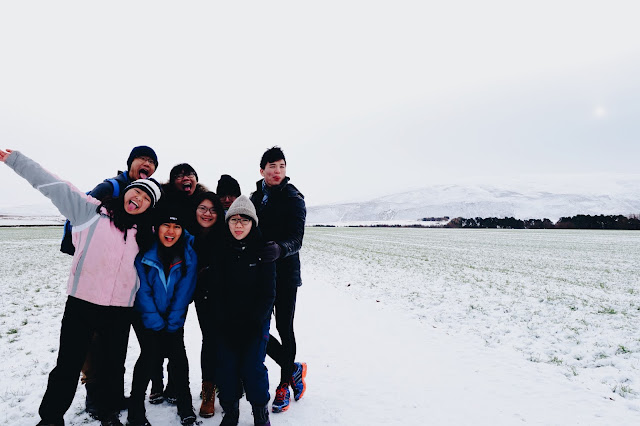 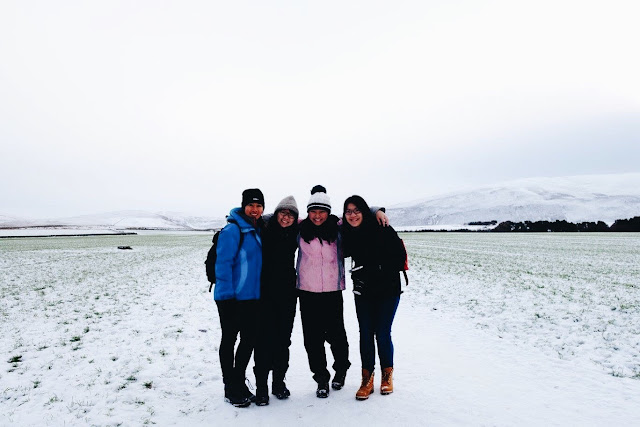 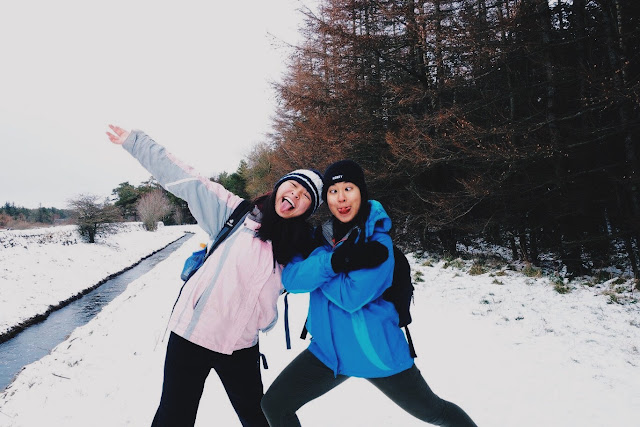 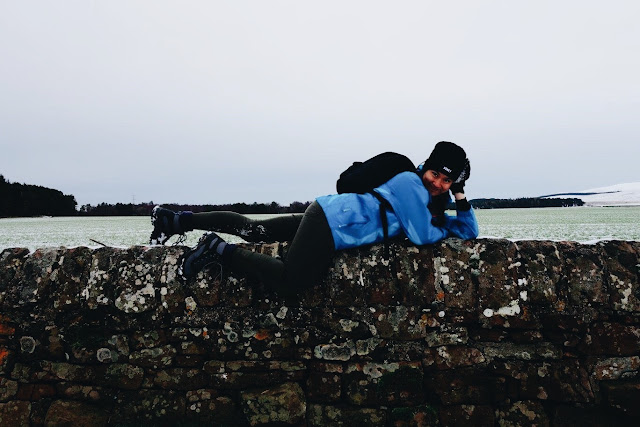 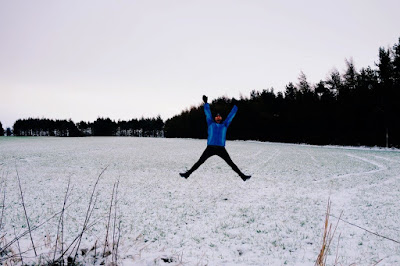 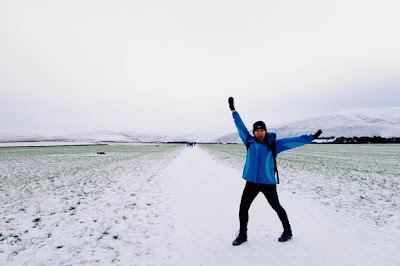 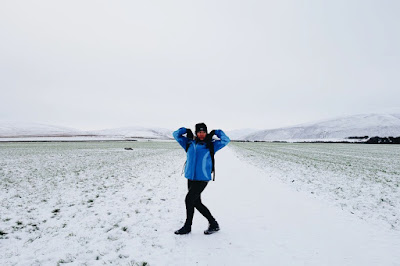 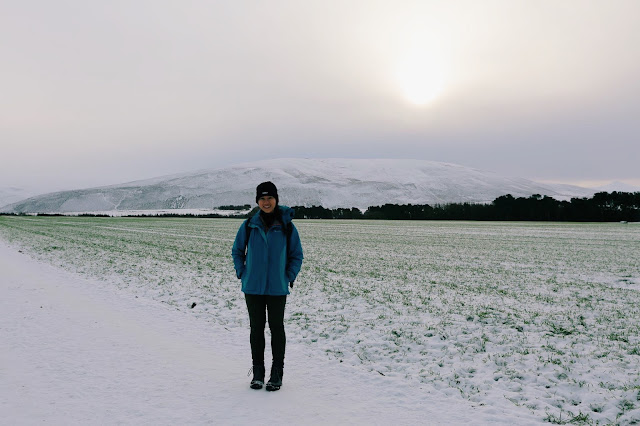 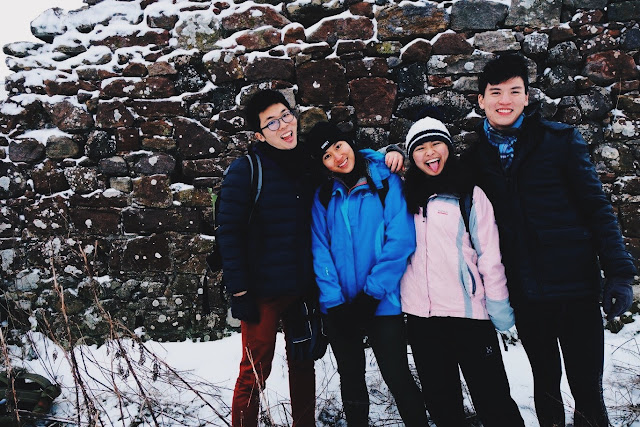 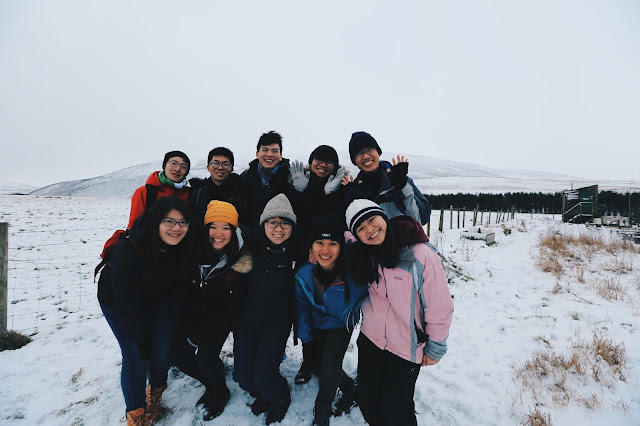 I had such a great day here! Though I had completely lost touch in my fingers and toes, it was definitely worth it and I would go again anytime. A man we met at the visitor's centre told us to come back during the summer and I can imagine how beautiful it must be with greenery and flowers all around! It also started to snow as we headed back which made everything so much more magical

We all made it back to Pollocks at around 4:30pm and I took a nice, hot shower. I didn't realise how tired I was till I got back and told Erin I was too tired to head out to the pub that night and ended up just watching Crazy, Stupid, Love with Niamh whilst drinking a hot chocolate :) Was a nice chilled evening to end off the day and I really enjoyed the movie as well! If you haven't seen it already, please do!

Today I am heading out to the Dean village and Stockbridge market! It also snowed quite heavily last night and so the entire grounds of Pollock Halls is covered in snow and it is such a pretty sight! I guess the fact that it looks pretty just makes the cold slightly more bearable